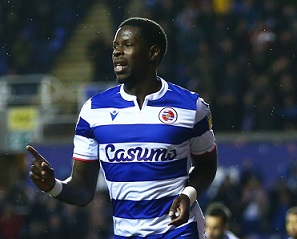 Reading forward Lucas João was the star of the show on Reading’s first match of the new season, with the Portuguese netting a hat-trick in a 3-1 win over Colchester in the League Cup.

The Portuguese scored the ‘perfect hat-trick’ as goals with both feet and a header sent the Royals through and provided the ideal preparation for the start of the Championship next week. João scored on the stroke of half time to level the scores at 1-1, before adding another two in the second period before being withdrawn with ten minutes remaining.

For 27-year-old João, optimism that the upcoming season will see an improvement in fortunes, having suffered with injury during the previous campaign. The former Nacional man suffered a hamstring injury on New Years Day which kept him out until after lockdown, before again falling victim to another setback on the first matchday after football returned.

“It was an amazing feeling to be out there,” said João after the match. “Thanks God and thanks to the team we achieved what we want. The team helped me to score the hat-trick – without them, it is impossible!

"The time I spent off was very important to allow me to come and do what I did today.

“Thanks to those people who helped me out. They did a great job. Now I am back on the pitch to do what I want to do, what I love to do. I hope that I can help the team as much as I can.”

Reading travel to Derby County on the opening day of the Championship on Saturday. João scored six goals from just 12 starts for the club last season following a high-profile move from Sheffield Wednesday.