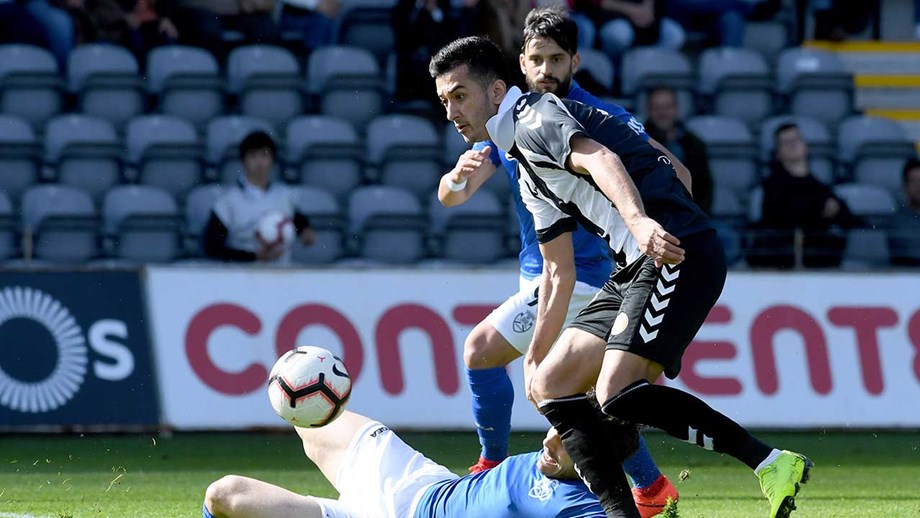 The highlights from the 22nd round of this season’s Primeira Liga included Sporting keeping their Champions League hopes alive by beating 3rd place Braga, while Moreirense continued a superb campaign in overcoming Tondela.

There were also crucial victories for the “island” sides Santa Clara, Marítimo and Nacional. The latter recovered from their 10-0 humiliation at Benfica last week to rout relegation rivals Feirense 4-0, and their hat trick hero from the match Sardor Rashidov is PortuGOAL’s Figure of the Week.

Uzbekistan international Rashidov joined Madeira-based Nacional just a few weeks ago during the January transfer window, leaving Lokomotiv Tashkent in his native country. After an initial delay in being able to make his debut due to some visa issues, the 27-year-old has now started the last two matches and after Saturday’s display is set to keep his place in the XI for the foreseeable future.

Quite a versatile player across the front three, Rashidov has tended to favour playing out in the wide positions for club and country, doing so for the latter during the 2015 Asian Cup as he helped his nation reach the semi-finals. However, Nacional manager Costinha has elected to use him through the middle as a striker so far and what a move it proved to be against a struggling Feirense defence.

Rashidov’s skill and movement garnered from his experience on the flanks caused problems all afternoon and he made Feirense pay in just the 12th minute. Mexican defender Antonio Briseño had trouble dealing with Witi’s flick on, and Rashidov hassled him off the ball to prod a finish past goalkeeper André Moreira.

Early in the second half Nacional doubled their advantage and it was Rashidov who pounced again, capitalising on a Vítor Bruno mistake to run clean through and calmly grab his second goal of the game.

In the 66th minute Rashidov wrapped up his hat-trick and the 3 points for his team with the simplest of strikes, heading into an empty net following excellent work from substitute Brayan Riascos.

Nacional went on to rub salt in Feirense wounds by adding a 4th goal, sealing an emphatic victory against a fellow relegation battler to provide the perfect tonic after their nightmare at Estádio da Luz last week. The win was enough to see them exit the relegation zone by 2 points, and was just their second of the calendar year.

Quite a noteworthy start then for one of the possibly less noteworthy Primeira Liga acquisitions in the winter transfer window. This is Rashidov’s first experience of European football but this hugely promising start to his Nacional career gives the Madeira side plenty of hopes of ensuring their return to the top flight is not just a one season stay.