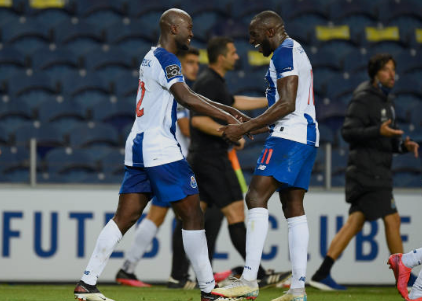 FC Porto have clinched the 2019/20 Primeira Liga title after defeating Sporting 2-0 at the Estádio do Dragão, this Wednesday.

The Dragons, requiring just a point from the Clássico, signed off their hunt for the championship in style with a victory against their rivals, with a towering Danilo Pereira header and a Moussa Marega chip separating the two sides at full-time to deal Rúben Amorim his first league defeat of his career.

As Porto celebrated, their win saw Sporting’s advantage over fourth-placed Braga cut to just two points, with a final Clássico for the Lions against Benfica still left to tick off on the league calendar.

With it being said a million times over, Porto required just a point to secure the league title and would aim to do so with Fábio Vieira in attack, making up for Jesús Corona’s absence through suspension, meanwhile Sporting turned to Cristian Borja to cover for the reprimanded Marcos Acuña, also out via the accumulation of yellow cards.

The Lions got off to a big start, with Nuno Mendes getting the better of Porto’s defence in a goal-mouth scramble to set Andraž Sporar for an early tap-in, but the striker’s goal was quickly cancelled out for offside.

In the 11th minute, it was the hosts’ turn to experience short-lived joy after the ball was ricocheted in by Diaz prior to the referee spotting the Colombian’s handball in the build-up.

As Porto’s grip on the game tightened, Diaz came close once more to placing his team ahead after being found alone at the back-post by Fábio Vieira, but the Colombian would this time see his efforts denied by Sebastian Coates on the line in the 25th minute.

Cagier moments followed between the two Portuguese powerhouses as the rivals, with the Dragons mostly on top, took a goalless draw into the interval. Almost 20 minutes into the second half, however, Porto picked up the reward their appetite merited, benefiting from an Alex Telles set-piece to power themselves into the lead via Danilo’s glancing header.

The hosts didn't shy away in their search for more, finding a second courtesy through Otávio's pass and Marega’s dinked finish over Maximiano to seal a perfect night for the Dragons, wrapping up a dominant display, and the title, with a 2-0 victory.