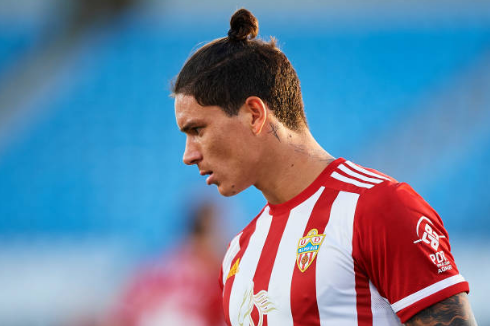 Darwin Nuñez has become the most expensive signing in Primeira Liga history after completing his highly-anticipated €24 million switch to Benfica from La Liga promotion hopefuls Almeria, this Friday.

The Uruguay international agrees to sign a five-year-deal with the Eagles after bursting onto the scene with a 16-goal season in the second tier of Spanish football - his first on European soil.

After failed attempts to land Edinson Cavani and wantaway Real Madrid striker Mariano Diáz, Benfica turned their attentions to Nuñez, despite heavy interest in the 21-year-old striker coming from the Premier League.

The Red and Whites were forced to part ways with €24 million to get their man, towering over the €22 million paid for Wolverhampton Wanderers striker Raúl Jimenez in 2015, as well as the recent €20 million raids on Julian Weigl, Raúl de Tomas and Everton Cebolinha over the last year.

Nuñez commenced his professional career with Peñarol in 2017, making a total of 24 appearances, scoring four goals and seeing his club claim two Uruguayan First Division titles in his time at the Campeon del Siglo.

The striker’s early promise earned him a €7.5 million move to Almeria at the beginning of last season, catching the eye with a one-goal-in-two record and a 15-minute cameo for the Uruguay national team, scoring versus Peru in a 1-1 draw.

Nuñez takes Benfica’s spending to €80 million for the upcoming season, following the sizeable captures of Everton, Pedrinho and Gian-Luca Waldschmidt.