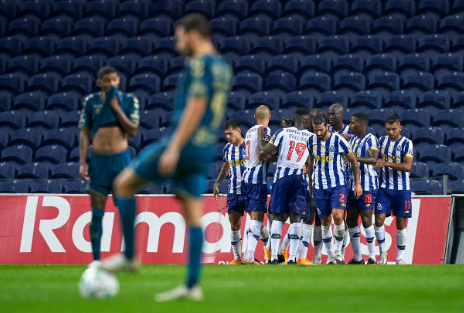 FC Porto have begun their Primeira Liga title defence with a 3-1 win at home to Sporting de Braga, powered by a brace and and assist from Alex Telles. The Dragons had to come back from a goal down in the first-half, levelled by a Sérgio Oliveira header before two Telles spot-kicks secured the three points.

Elsewhere, Sporting's opener versus Gil Vicente was postponed over a recent Coronavirus outbreak within both camps, Jorge Jesus’ Benfica replied strongly to Tuesday's Champions League elimination versus PAOK, blitzing past FC Famalicão with a 5-1 thrashing.

Goals from Primeira Liga debutants Gian-Luca Waldschmidt and Everton Cebolinha fired the Luz outfit to their first set of three points, placing them top of the table on the opening week. PortuGOAL has more from Matchday One.

Following Benfica’s ‘Greek Tragedy’ in midweek, Jesus and co. were left under real pressure to get a result versus Famalicão, contrastingly weakened by this summer's transfer window, when the two sides met up on Friday night.

Just 19 minutes into his first Primeira Liga start, Waldschmidt unleashed a trademark dink over the keeper to place Benfica ahead, just moments before Everton made it 2-0 with a placed effort from the edge of the box.

The Eagles kept up appearances going into the break, finding a third from Alex Grimaldo’s free-kick before Rafa Silva, already in the second half, snatched a fourth with a finish inside the box in the 52nd minute.

Repeating the recipe for the opener, Darwin Nuñez and Waldschmidt combined for Benfica’s final goal, finished off by the German’s close-range finish just moments before Guga’s consolation goal in the 68th minute.

Dealt no easy task, Porto began their title defence at home to Carlos Carvalhal’s Braga, keen to make an impression on the opening day at the Estádio do Dragão.

That they did in the 22nd minute, sandwiched between a disallowed goal apiece, after Castro, somewhat against the run of play, popped up on the edge of the area to fire home Nuno Sequeira’s back-post knockdown.

Porto were able to offer a late turnaround, however, as Manchester United target Telles supplied Sérgio Oliveira for a headed equaliser before placing the hosts 2-1 up via the penalty spot, on the brink of half-time.

Ricardo Horta was blessed with a huge opportunity to make it 2-2 in the 49th minute, working the time and space to pick his spot inside the box before uncharacteristically blazing an effort miles over the crossbar.

Deep in the final embers of the game, second-half substitute Mehdi Taremi gifted his team the chance to wrap up the game from the 12-yard-mark, taken once again by Telles en route to a 3-1 victory.