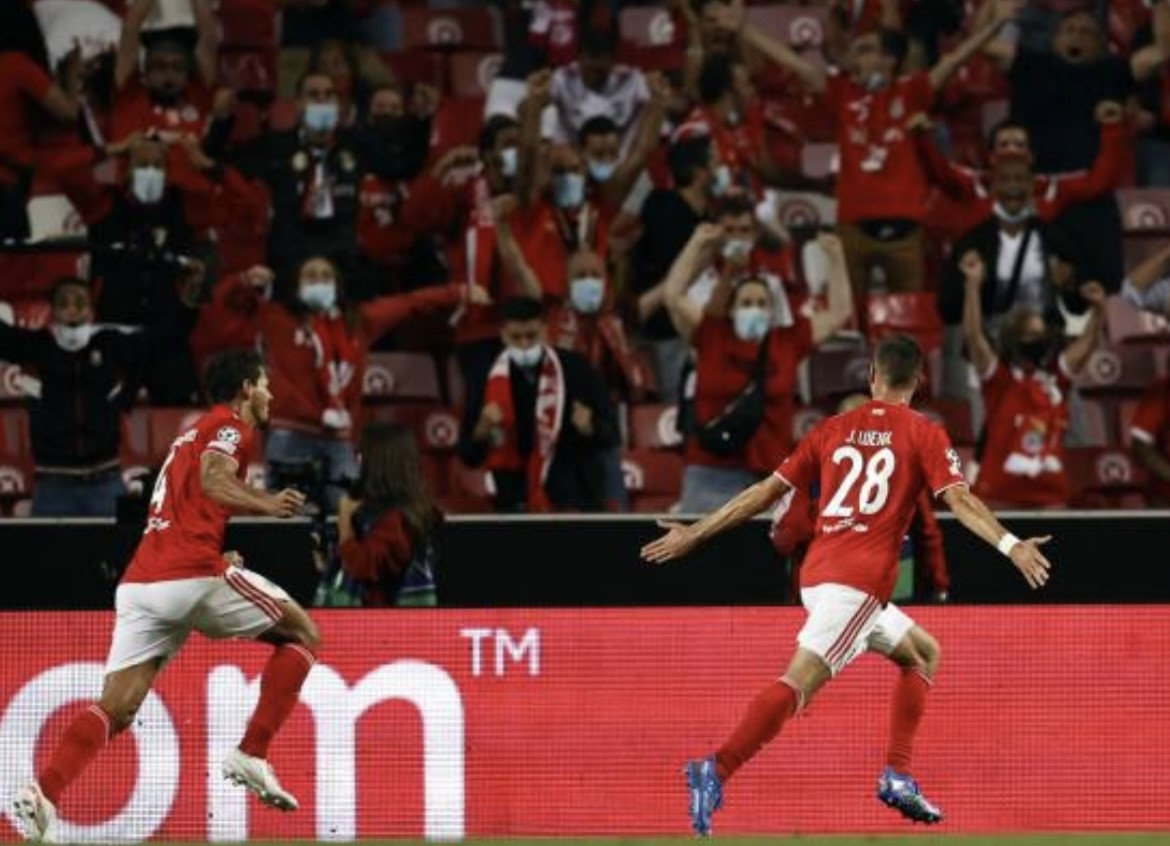 Benfica were able to hold onto a first-half advantage to register a 2-1 victory over PSV Eindhoven at the Estádio da Luz, this evening, in their preliminary UEFA Champions League qualifier, leaving the tie wide open ahead of next week's return leg in the Netherlands.

The 'Red & Whites' raced to a two-goal lead in the first period following Rafa Silva's opener and a goal from Julian Weigl to send Benfica into the break with the score at 2-0, despite PSV's best efforts.

A clinical strike from Cody Gakpo for PSV early in the second half rocked the boat for the fatigued hosts, but the Dutch outfit had little else left in their own tank in a bid to restore the balance, leaving business unfinished ahead of the second leg, next week.

In a clash between two sides who've only tasted victory thus far the season, the Eagles welcomed Dutch outfit PSV to the Estádio da Luz for the first of two Champions League-flavoured ties, granting the winner access to the group stage draw in two week's time.

It was advantage Benfica as early as the 10th minute after Pizzi and Roman Yaremchuk combined to slide a pass through to Rafa, squeezing a left-footed across goal and into the bottom corner.

The hosts replicated the intensity throughout much of the first half before PSV’s Eren Zahavi provided the local residents a scare, putting the ball in the back of the net in the 27th minute, prior to the linesman’s accurate offside call to keep things at 1-0.

PSV returned with more danger for Benfica to endure, creating a threat through Gakpo before Jorge Jesus’ men looked to reproduce some sting via a miss-hit Pizzi volley in the 36th minute.

Benfica kept coming at an eager PSV, going close via a powerful strike from Lucas Veríssimo, tipped over with a great deal of concern by Joël Drommel. From the subsequent corner, the home side picked up a crucial second goal on the brink of half-time, with Julian Weigl tucking home a Nicolás Otamendi knock-down from close range.

Roger Schmidt’s men renewed their efforts in front of Benfica’s goal, commencing the second period with a dangerous header inside the box from Marco van Ginkel at the back post, requiring Vlachodimos’ intervention.

The Greek shot-stopper was called on soon after in the 50th minute, tasked with saving Gakpo’s strike from the edge of the box, but there’d be no stopping the winger’s shot aimed at the bottom-right corner, halving Benfica’s advantage.

A creative PSV almost unlocked Benfica’s defence with a measured corner-kick routine, finding Mario Götze alone inside the box with a ball over the top before Rafa zipped in to intercept the playmaker, ready to pull the trigger on the volley.

The club from Eindhoven continued to hunt down the equaliser, going close with a dangerous Phillip Mwené cross that was turned goalwards by Veríssimo’s arm, as a desperate Vlachodimos hurried to parry away.

PSV ran out of ideas and freshness soon after, narrowing the outcome into a 2-1 victory for Benfica ahead of the second leg in Eindhoven, next week.