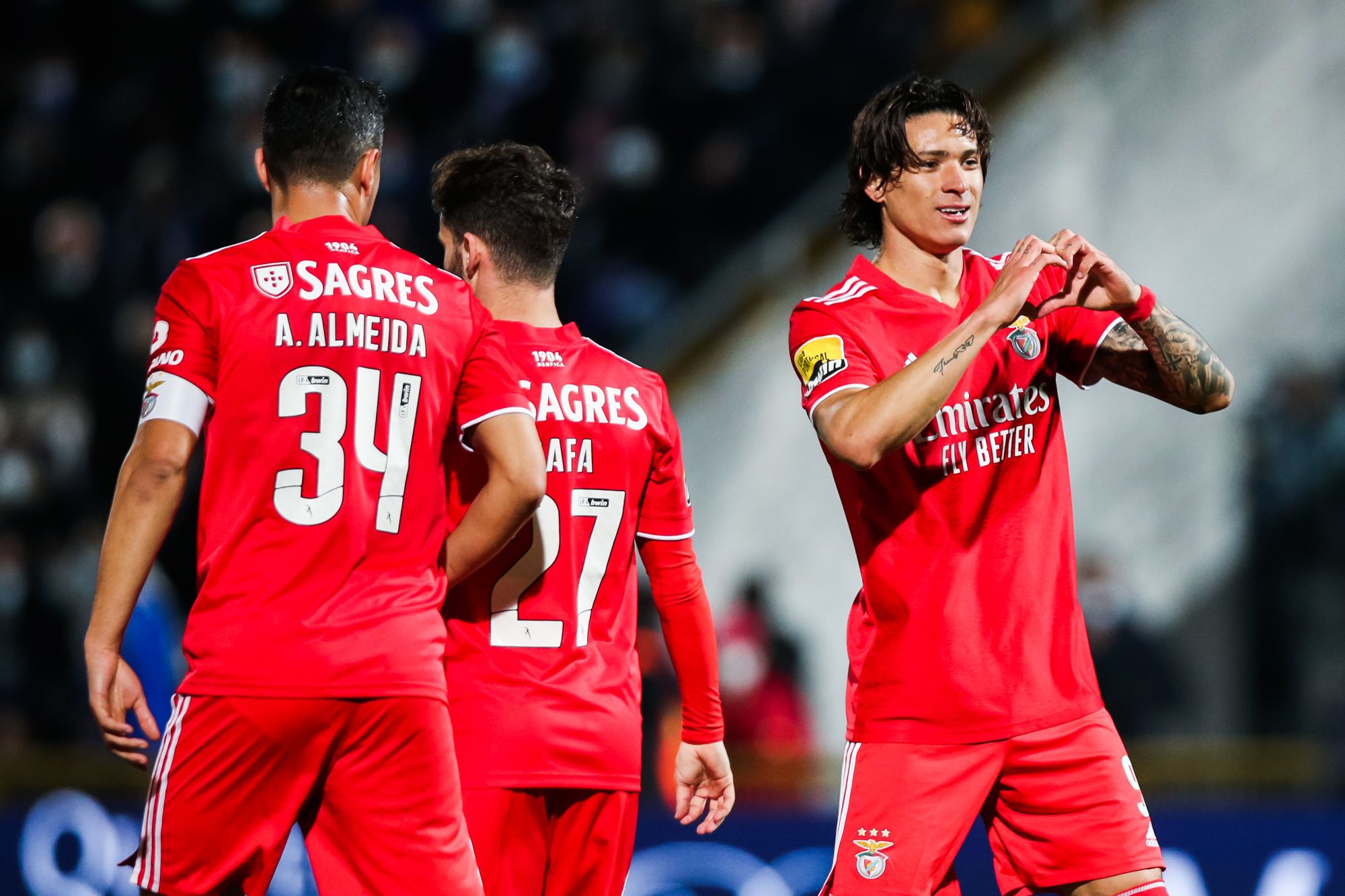 The fourteenth round of this Liga Bwin season was peppered with some high scoring encounters, Vitória Guimarães and Tondela playing out a 5-2 thriller while Vizela and Marítimo also helped themselves to heavy victories, overcoming Arouca and Santa Clara respectively.

Gil Vicente, Portimonense and Estoril all continued terrific seasons too, the three of them securing single goal victories to establish themselves in the division’s top eight.

The title race remained as competitive as ever as Sporting and Porto stayed level at the top but Benfica remain within touch, in no small part due to the latest brilliant display from their striker Darwin Núñez, who is our PortuGOAL Figure of the Week after his hat-trick downed Famalicão.

Still only 22 years of age, Uruguayan international Darwin Núñez arrived at Benfica in 2020 having shelled out a considerable fee of €24m to bring him to the club from Spanish second tier side Almeria. Having been with Peñarol in his native country prior to that, a player with such comparative experiences coming at such a value raised eyebrows and indeed the player struggled a little for form and fitness in his first season in Lisbon.

It’s been a different story for Darwin in 2021/22 however as his performances and numbers have backed up the price tag and have some of Europe’s biggest teams taking note. Although he can appear a little ungainly at times, his finishing has vastly improved and his linkup play, particularly with Benfica’s star man Rafa Silva, has been of a high quality in helping his side keep pace in the domestic title race, and also recently securing passage to the Champions League knockout phase.

After surprisingly not starting the key European clash with Dynamo Kiev last week, Darwin was restored to Jorge Jesus’ XI for the Liga Bwin encounter away at strugglers Famalicão on Sunday evening as Benfica looked to recover from their derby defeat to Sporting the weekend prior, and the Uruguay striker responded with a fine individual display.

Darwin looked like a player with a point to prove and he opened his account as early as the sixth minute with a superb goal, showing a great turn of pace and strength on the ball to evade Famalicão defensive pressure before firing a low shot from outside the box beyond Luiz Júnior’s grasp.

Rafa had supplied the goal and would do the same again for Darwin just eight minutes later. The Uruguayan’s finish was a far simpler task this time, tapping into an empty net following an excellent ball from André Almeida to find Rafa’s run.

The home side got back into the game through Bruno Rodrigues but in the second half Benfica re-established their dominance and pulled further clear through Rafa. The Portuguese winger then completed a hat-trick of assists in setting up Darwin to complete his own trio with not even an hour played. The pair exchanged passes before Darwin evaded the attentions of Famalicão right back Hernán De La Fuente before firing beyond Júnior from close range.

Darwin’s second hat-trick of the season (albeit the first being during the farce that occurred away at Belenenses SAD) sealing the victory for the Eagles and moving the striker to the top of the scoring charts in Primeira Liga, at least until Luís Diaz tied with him on eleven later that evening.

There still feels a few wrinkles to be ironed out in Darwin’s game, looking far from the finished article but it is clear there is a talented player there who has improved significantly from the previous campaign and has plenty of time to further develop his game. This will likely occur in one of Europe’s stronger leagues, where the 22 year old will soon be destined for if he maintains this level of performance.