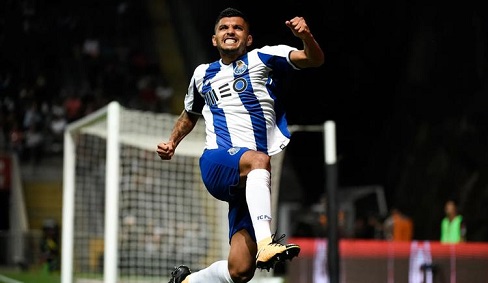 One week ago, loud noises were being made about how uncompetitive the Portuguese Primeira Liga was as the Big Three all won big.

Round Four suggested otherwise as in three terrifically intense matches Benfica dropped their first points of the season, at Rio Ave, while Sporting and Porto earned narrow victories over Estoril and Braga respectively.

Miguel Cardoso therefore becomes the first manager to take points off the Big Three in 12 matches. PortuGOAL rounds up the Week Four action and profiles Cardoso in our ‘Figure of the Week’ feature.

Rio Ave continued their fantastic start to the season by holding champions Benfica to a draw, which was contrary to all the football betting sites giving the guests odds as high as 6/11, thus becoming the first team in 2017-18 to steal points off the Big Three. “Steal” is perhaps not the right word to use, as Miguel Cardoso’s men played the better football for the first hour and deservedly took the lead when Lisandro Lopez scored an own goal.

A penalty earned and converted by Jonas drew Benfica level, and the Eagles could have snatched all three points late on were it not for excellent saves by Cassio from Seferovic and Jimenez. But defeat would have been tough on the hosts, who remain in the leading pack on 10 points, level with Benfica, two points behind Sporting and Porto.

Over 45,000 fans packed into Alvalade on a sunny Sunday afternoon, and the home crowd seemed set to enjoy a stress-free thumping win when Sporting went two goals up in the first 10 minutes. Gelson Martins got on the end of a delicious Acuña cross to open the scoring, then Bruno Fernandes gave further evidence of his sensational form, smashing in a peach of a free kick.

To their credit, Estoril refused to panic, playing neat passing football with Brazilian pair Allano and Lucas Evangelista catching the eye. Nevertheless, goalkeeper Moreira was the busier of the two goalkeepers, saving well from Acuña and Bas Dost, but when Evangelista smashed a brilliant 20-yarder into the top corner with five minutes remaining, nerves set in among the home supporters, players and coaching staff.

Watch Lucas Evangelista thunder in the goal of the week:

In a dramatic finish, it appeared Bas Dost had settled the match, but his headed goal was correctly ruled out by the video referee for offside. Incredibly, Estoril had the ball in the net in the final moments of stoppage time, but their effusive celebrations were cut short when VAR again intervened (again correctly) to chalk off the goal for offside. Sporting are joint top with Porto after a 100% winning start to the season.

Any similarity between this Porto team of Sérgio Conceição and the “go-slow” versions of his predecessors Julen Lopetegui, José Peseiro and Nuno Espírito Santo is pure coincidence. The fiery former Portugal international has got his side – comprised largely of the same players as last year – playing football in his own image, i.e. with high-energy, effervescence and aggression.

Jesus Corona showed lovely skill to give the Dragons an early lead, and only an outstanding display of goalkeeping by Braga’s Matheus and some wayward finishing by Porto’s forwards kept the match alive until the end. Brahimi especially looks a rejuvenated player, playing at the level he showed during the first six months after his arrival at Porto and which he never reproduced – until now.

Save a 15-minute period before half time, Braga were always second best, with Abel clearly someway short of getting the best out of a talented squad. That said, having played Benfica and Porto in their first four Liga matches and having safely negotiated two opponents to reach the Europa League group phase, the Arsenalistas will be reasonably pleased with their start to the season. 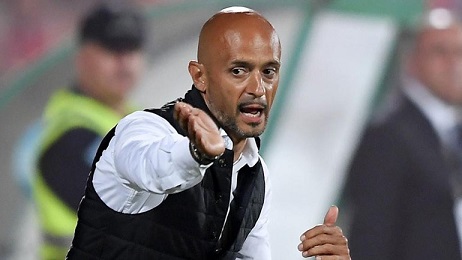 Figure of the week: Miguel Cardoso

After a positive 2016-17, it was a surprise when Rio Ave let go of coach Luís Castro at the end of last season, especially when he was replaced by the largely unknown Miguel Cardoso.

The 45-year-old Cardoso had worked as an assistant to Carlos Carvalhal and Domingos Paciência at several clubs, and had most recently spent a lengthy spell in Ukraine at Shakhtar Donetsk, where he performed roles ranging from technical director, B-team coach and assistant coach to Portuguese manager Paulo Fonseca over a 4-year period.

It is not the usual route for a head-coaching position in a championship that has been ranked as one of Europe’s top five leagues for most of the past decade, but his start to life in the Primeira Liga could hardly have gone better.

Rio Ave won their first three matches and became the first team in 12 matches to take points from the traditional Big Three after the 1-1 home draw against four-time champions Benfica on Saturday night. In addition to the impressive results, the quality of Rio Ave’s passing game augurs for a successful season, with a European berth a legitimate ambition.

Refusing to get carried away by the strong start, the former Physical Education secondary school teacher is as lucid off the pitch as his team is on it. “We’ve got our way of playing and there’s no need to change it no matter who the opponent it. We respect Benfica, but we were courageous to carry through our plan,” said Cardoso in the post-match interview after watching his side dominate for long periods against the Eagles.

“We’ve mapped out our pathway, our identity, we’ve defined principles and how we want to approach games. Our opponents will hinder what we can do or want to do, but we’ll always try to stick to our style and play in accordance with how we train.”

Cardoso he is another of Portugal’s university-educated managers who never played the game professionally. That didn’t prevent André Villas-Boas and Vítor Pereira, both of whom Cardoso had the opportunity to learn from at Porto while he was studying to become a coach, from achieving great success. Are we witnessing the birth of another top Portuguese coach?

It’s too early to tell is the most honest answer. Cardoso himself is enjoying the challenge and makes a point of sharing the plaudits with his players and staff saying that what the Vila do Conde outfit have achieved so far this season, “is not down to me; it’s down to the players, the team, the club. We are united and that’s how we work. We’re aware we are at the start, but we’ll try to compete, and if we do so we’ll win more points and we’ll go about our business with a smile on our faces.”