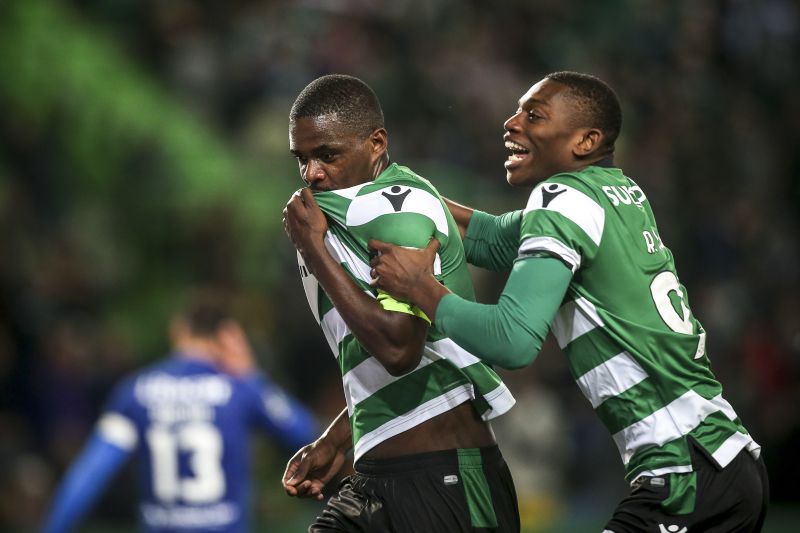 The latest instalment of Primeira Liga action, with the return of the Champions League and Europa League just around the corner for a few of our most well-supported sides, saw Benfica kick off the weekend with a chance to go top of the pile with their trip to the Algarve.

The Eagles rose to the occasion with a 3-1 win against Portimonense, but FC Porto emphatically brushed aside any thoughts the pressure would get to them, returning to the summit by thrashing Chaves 4-0 on Sunday afternoon.

Next up was Sporting, hoping to keep apace with the top two in this most thrilling of Primeira Liga title races, and doing so with a hard-earned 2-0 victory at home to Feirense. PortuGOAL brings you the best of the weekend's action.

In Portimonense, Benfica had one of the most lauded attack-oriented sides in the league to face up to, but the Eagles looked keen to scribble over any home-belonging artistry from the first minute, as the hosts succumbed to the pressure early.

With just six minutes on the clock, Franco Cervi was on hand to pick up the pieces from Rafa Silva's move inside the box, rifling a shot deep into the back of the net from the left to give his team the lead.

Benfica's high-press continued to cause problems throughout the first half, but it remained 1-0 at the interval. The story promised to turn out differently in the second period, commencing with the injury to main-man Jonas. In the 65th minute came Portimonense's equaliser to really test Benfica's mettle, as Felipe Macedo rose highest from the corner to nod in for his team.

Cervi was on hand to dish out a fairly punctual reply, however, creeping a free-kick over the wall and in off the inside of the post to pull Rui Vitória's men back in front in the 77th minute.

The final bit of action was reserved for Andrija Zivkovic in the 95th minute, deputising for the sidelined Filip Krovinovic with great success, with the Serbian skipped around a tackle inside the box before picking his spot to add a third.

In a game unofficially recognised as 'the Luis Castro Derby', in homage to the Chaves manager's work as Porto B boss, as well as his playing days for 'the Flavienses', plenty of intrigue centred around what the hosts, currently in 6th place, could do against a semi-rotated iteration of the title challengers.

The game offered an all-Porto tilt, however, with Sergio Oliveira driving his team forwards prior to feeding Tiquinho Soares to his left, allowing the Brazilian striker the space to squeeze the opener into the far corner in the 15th minute.

Soares returned to double the Dragons' lead in the 29th minute with a well-hit volley inside the box, and Moussa Marega almost grabbed a third just two minutes later but was denied by Maras' heroics on the line.

Porto were 2-0 up at the break but did not take their foot off the pedal in the second half, as Marega's deflected finish inside the area found its way into the bottom corner to increase the visitors' lead in the 57th minute.

Sergio Conceição's men continued to look the most likely to score, having already hit the woodwork through Soares and Majeed Waris, and in the 90th minute, they netted again with the pick of the bunch from Sérgio Oliveira, taking Héctor Herrera's pass on his chest before smacking a magnificent volley into the back of the net.

The 4-0 win sees Porto restore their lead at the top of the table, maintaining a two-point lead over second-placed Benfica.

With Bas Dost still out through injury, Jorge Jesus looked towards Fredy Montero and Seydou Doumbia to supply the goals at the Alvalade, as Sporting looked to bounce back from last week's defeat to Estoril.

In a faultless start that saw Feirense's Caio Secco star between the sticks, Doumbia had the green half of Lisbon celebrating prior to VAR's curious intervention, chalking off the Ivorian's goal in the 17th minute for a foul that existed sometime before his finish, even after Feirense had managed to recoup and then lose possession in the build-up to the eventual strike.

Sporting continued to ask all sorts of questions through Doumbia and Bryan Ruiz before the VAR dug the referee out of a second contentious decision on the brink of half-time. The official initially believed that Montero's strike onto Flávio Ramos' head had been handled inside the box by the latter, but VAR allowed him to rectify his error.

The dissatisfaction from the home support served to roar the Lions on in the second period, yet it needed a crucial save by Rui Patrício in the 72nd minute to keep his side from starring at defeat, pushing Edson Farias' goal-bound effort onto the post.

William Carvalho brought an enormous sigh of relief among the home fans in the 78th minute, as Sporting finally broke the deadlock with the Portugal international's finish into an empty net from a corner.

Montero then added to the feeling, as well as the score-line, guiding Gelson Martins' pass across goal into the back of the net with an outstretched leg in the 90th minute, in so doing putting Sporting level on points with Benfica once more.