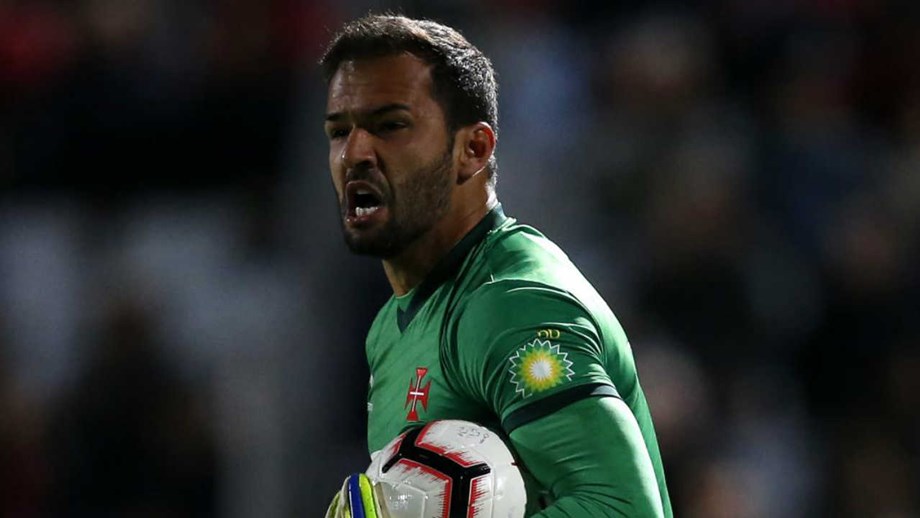 Liga NOS tightened at the top after an eventful Jornada 8, as defending champions Porto reclaimed 1st place after a 2-0 win over Feirense. This was facilitated by Braga drawing the Minho derby with Vitória Guimarães, as well as Benfica falling to a shock loss away at Belenenses. Sporting kept touch by beating Boavista, while Rio Ave and Santa Clara continued their excellent starts with victories over Chaves and Aves respectively.

This edition of Figure of the Week focuses on that unexpected defeat for Benfica, and one of the main reasons for it: Belenenses’ Brazilian goalkeeper Muriel pulling off a number of great saves to help secure a famous win for Os Azuis.

Muriel is perhaps best known for being the older brother of current Liverpool and Brazil number one Alisson, and while his profile is considerably lower than his sibling’s, it was the Belenenses keeper that looked a €60m man in a fine display at Jamor on Saturday night.

The 31-year-old was called into action after only 12 seconds, leaping to his right to foil Benfica’s Eduardo Salvio. It was a statement of intent from the Eagles as they relentlessly pressured the home side in a dominant opening gambit. The Brazilian was called into action again in the 20th minute, pushing aside Gedson Fernandes’ effort after his one-two with the impressive Rafa Silva.

Muriel and Salvio would duel again in the 32nd minute but this time from the penalty spot, VAR intervening to award a controversial spot kick for the then-league leaders. Once again though, the Argentine was denied as Muriel made an excellent save to his left, keeping the scores at 0-0.

Benfica were punished for their first half profligacy, going into the break 2-0 down courtesy of Belenenses goals from Eduardo and Alhassane Keita. This provoked a predictable response from Rui Vitória’s men, as they ramped up the pressure once more but still could not find a way through the forcefield that was Muriel. He made a routine stop from half-time substitute Jonas early in the half, before denying Pizzi.

While looking susceptible to the counter attack, Benfica continued to press forward and again wasted a good opportunity after another. Although the offside flag was correctly raised on both occasions, Muriel still managed excellent saves in the 66th and 69th minutes. First he denied Haris Seferović’s header in spectacular fashion, before he saved from his compatriot Jonas shortly after.

As the game entered stoppage time it was clear this was to be Belenenses’ day. Benfica still had time for one more chance but again the agile Muriel made a terrific stop from André Almeida’s header, deservedly earning his clean sheet.

Muriel has not always been the most consistent keeper since his arrival in Liga NOS, showing some susceptibility with the ball at his feet but his astonishing display against Benfica evidenced what an excellent shot stopper he can be. He’ll likely forever be in his younger brother’s shadow but while Allison was spectating his Liverpool side swat aside Cardiff City on Saturday, Muriel can grab some headlines for once in what could be a turning point in Belenenses’ season.