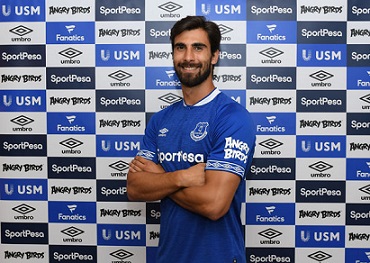 Portugal international André Gomes says it was an easy decision to agree a permanent deal with Everton, after signing a five-year contract at Goodison Park this week. Gomes, who spent last season on-loan with The Toffees, left Barcelona for Marco Silva’s side in a €24.5m deal.

Meanwhile, fellow Seleção international Bruma looks set to join Dutch giants PSV, while the flurry of Portuguese moving to Greece continues with Rúben Semedo joining Francisco Geraldes in confirming his move. On the speculation front, Anthony Lopes’ future at Lyon remains in doubt and João Mário is tipped to make a switch to Leonardo Jardim’s Monaco.

Former Benfica man Gomes had an impressive campaign in the Everton midfield last season, making 27 league appearances as Marco Silva’s men finished 8th in the Premier League. The year marked a much-needed return to form for the 25-year-old after a two-year spell with Barcelona during which Gomes struggled to make an impact.

“I'm really happy to sign the contract with Everton – it wasn’t hard to decide, it was an easy decision and I’m very happy to have made it,” Gomes told the club’s television station.

“I know the club made a massive effort to sign me and I'm very happy and thankful to them. I said during the year that I felt part of a family and that is the most important thing to me.

“I always got massive support since day one. I'm really, really happy to have this badge on me right now and I want to give all the fans my best because I think they deserve the best of each player. I'm happy to be here and I want to improve to give them joy.

“Last year was a really good experience for me. I just wanted to feel part of something special and I found it here. It was good for me in that moment and right now, after signing for Everton, it's even better."

Gomes is the first major arrival at Goodison Park this summer, and boss Marco Silva told reporters it was a mutually beneficial loan last term. “Andre was a really important player for us last season and I think we were really able to help him too,” Silva said.

“It was a good decision to bring Andre to the club and we made it one of our priorities to get him back. What Andre learned about the club, our fans and our vision convinced him that this is where he wants to play his football and I know he shares the big ambitions that we have going forward.” 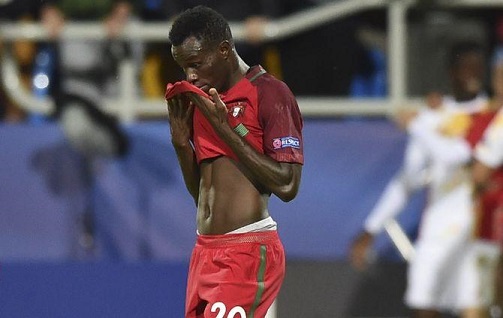 Portuguese international winger Bruma has seen his future the subject of much discussion in Portuguese and Dutch newspapers this month, with FC Porto and Dutch side PSV reportedly battling it out for the RB Leipzig star.

Portuguese media outlets appeared convinced Porto were set to win the race for the 24-year-old earlier this week, after both clubs were believed to have reached an agreement with Leipzig. However, Bruma has arrived in Eindhoven ahead of signing a five-year contract with PSV, who had previously hoped to sign the former Sporting man two years ago when he left Galatasaray.

“The clubs [PSV and Porto] agreed the signing with Leipzig,” Bruma’s agent Catio Balde said. “They were both free to negotiate with the player and the player chose where he wanted to play. Without going into detail, people must realise this is football. For various reasons he chose to play for PSV."

Bruma had been expected to move this summer having started just six Bundesliga games in Germany last year. “He wants to relaunch his career,” Balde admitted. “He played very little in the second part of last season. It was decided he needed something else and with many proposals, at the last minute he chose PSV.” 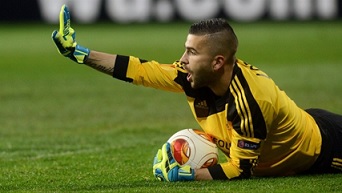 Lyon president Jean-Michel Aulas says the club are still to agree a contract extension for Portuguese international goalkeeper Anthony Lopes. The 28-year-old has one year remaining on his contract at Lyon, where he impressed again last season in what was his sixth year as first choice at the club.

The growing importance and reliability of Lopes in the Lyon side has reportedly led to some high demands for his contract renewal. As well as asking for a five-year extension, it is thought Lopes expects his salary to be doubled and therefore fall in line with the top earners at the club, including Memphis Depay.

Uncertainty over the goalkeeper’s future has led to links with clubs abroad, including FC Porto and Valencia. However, finding a compromise to remain with Lyon appears to be the priority for both club and player, although Lyon chief Aulas admitted that negotiations have not progressed smoothly so far.

“We have sat down with his agents and we confirmed the offer that we made to him over a 3-year contract extension,” Aulas said. “His agents wanted an extension for 5 years. That is un-workable for the moment. We will meet with Anthony and his agents at the beginning of next week.” 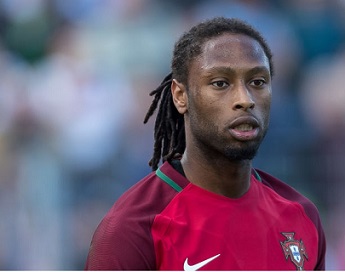 Greek football is once again proving a popular destination for Portuguese players this summer, owing partly to the influence of Portuguese coaches in the Super League. With Pedro Martins at Olympiakos, Miguel Cardoso leading AEK Athens and 39-year-old Luís Castro undertaking his first role at Panetolikos, the demand for Portuguese talent has been greater than ever in Greece.

New AEK boss Cardoso, who inherited former Paços defender Hélder Lopes and ex-Moreirense midfielder André Simões, has already added three Portuguese to his ranks to grow his contingent to five. 29-year-old David Simão has arrived from Royal Antwerp after a brief stay in Belgium following his move from Boavista last summer, while defender Paulinho has joined from Chaves and Francisco Geraldes moves to Athens on a one-year loan deal from Sporting.

Pedro Martins’ Olympiakos will be hoping to challenge last season’s runaway winners PAOK – led by Vieirinha – and the former Guimarães boss has been busy making a number of signings this summer. The latest addition is Rúben Semedo, who arrives from Villarreal for a fee of around €4.5m, having played the second half of last season on-loan at Rio Ave. Semedo has signed a four-year contract with Olympiakos thought to be worth an annual €700,000 salary. 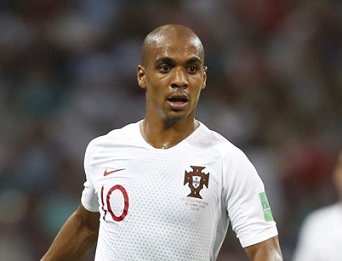 João Mário remains surplus to requirements at Inter despite a change of coach at the club, according to reports from Italy. The Portuguese midfielder found match time hard to come by last season under Luciano Spalletti, who has now been replaced by Antonio Conte at the San Siro.

However, Corriere dello Sport indicated earlier this week that the 26-year-old remains on the transfer list and put forward Monaco as a possible destination. Leonardo Jardim’s club are still to tie up a permanent deal for Gelson Martins, who spent the second half of last season on loan at the Stade Louis II, but could conclude moves for both players according to Italian reports.

João Mário played under Jardim briefly at Sporting during the first half of the 2013/14 season, before moving on loan to Vitória Setúbal. The midfielder has struggled to make an impact at Inter since a €40m move from Sporting in 2016, resulting in a brief loan in England with West Ham in early 2018.