Differing fortunes for Porto and Sporting in European draws 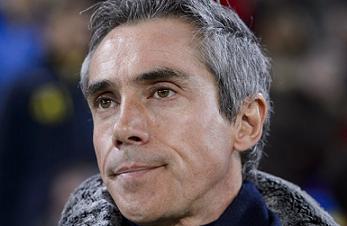 FC Porto have been drawn against Swiss champions Basel, managed by Portugal legend Paulo Sousa, in the last 16 of the Champions League.

Given Porto's possible opponents in the last 16, such as Juventus, Manchester City and PSG, the Dragons will be delighted at being paired with Basel.

Not that the team coached by Sousa - who played 51 times for the Seleção and won the Champions League twice with two different clubs - can be taken lightly. Basel are the reigning Swiss champions and are currently running away with the league under Sousa. They have also achieved a number of impressive results in recent years in Europe, and knocked Liverpool out of this year's Champions League.

When the competition resumes next year Porto will play the first leg in Basel on 18 February, with the return match at the Estádio do Dragão on 10 March. Porto coach Julen Lopetegui reacted to the draw by saying "Basel will force FC Porto to be at their best."

Two other sides in the last 16 have Portuguese coaches. José Mourinho's Chelsea were given a tough task as they were drawn against PSG, while Leonardo Jardim's Monaco face Arsenal.

Sporting will play Wolfsburg in the round of 32 of the Europa League.

The German side, for whom Portuguese winger Vieirinha plays, are enjoying a fine season and currently lie second in the Bundesliga.

Sporting will be hoping they achieve similar results to the games against another German side Schalke 04 in the Champions League, when the Lisbon side were unlucky to lose 4-3 in Gelsenkirchen and won the second game 4-2 at the Alvalade.

Wolfsburg coach Dieter Hecking reacted to the draw by saying: "Sporting were the opponents I wanted." A quote that Sporting coach Marco Silva may like to pin up on the dressing room wall...

The first leg is played in Germany on 19 February, with the return game in Lisbon one week later.

A good draw for both teams, particularly Porto I feel, but I would make both the favorites to advance. Basel are not an easy team and are not to be underestimated in the slightest. They have been gradually growing and improving season by season...

A good draw for both teams, particularly Porto I feel, but I would make both the favorites to advance. Basel are not an easy team and are not to be underestimated in the slightest. They have been gradually growing and improving season by season over the last few years, last season they beat Chelsea home and away in the group stage and knocked out Liverpool this year. Paulo Sousa is gaining a lot of experience in his globe-trotting across Europe and is a very promising coach (I actually see him as a potential future coach at one of Portugal's big 3). Nevertheless, Porto will be very pleased with the draw, considering it could've been a lot worse (PSG, Juve etc). There's no doubt Porto is the stronger team and in theory they should advance to the next stage, particularly with the advantage of the tie concluding at the Dragao.

Sporting will likely have it tougher against Wolfsburg. Like Basel, they have steadily been improving every year, and are having a good season so far in the Bundesliga. Like all German teams they will likely be organised and efficient. Just had a glance at their squad and there's some talented players there. I would still make Sporting the slight favorites to advance but they will likely have to be at their best to do so. It's unlikely at this point that Sporting are going to win the Liga, thus they should really put a lot of effort into their EL campaign, and if they can strengthen defensively in January and not lose any big players, they would have the squad to make a deep run in it.

Porto are favorit against Basel, but... it will be fatal if they underestimate their swiss opponents. Not really challenged in their domestic league, every plaer of FC Basel is highly motivated to show the best display possible. And Paulo Sousa...

Porto are favorit against Basel, but... it will be fatal if they underestimate their swiss opponents. Not really challenged in their domestic league, every plaer of FC Basel is highly motivated to show the best display possible. And Paulo Sousa as well. What a masterpiece, if he and his FC Basel could climb up to the quarter finals. They play with quite aggressive pressing and are tactically more versatile thatn Porto I'd say. If Basel succeeds to frustrate Porto by giving thema hard time, it gets dangerous for the dragons. Especially because everybody in and around the club is convinced about their own superiority. A good team. just want to point out the best players:
- Breel Embolo, 17 years old supertalent from Cameroon (with swiss citizenship). For his age, he is remarkably clever, fast, has a good dribbluing and a very strong will. No doubt, that in 1,5 - 3 years, he will be the most expensive player ever sold by a Swiss team. Can be a world class attacker in 4 - 5 years.
- Geoffrey Serey Die, 30 ears, Ivory Coast. Experienced number 6, phisically strong, diffcult to get through, good first pass.
- Tauland Xhaka, 23 years, Defensive midfielder. He has the typical Albanian fighting spirit (which Portigal arleady experienced in the Euro 16 opener...). He runs up and down the pitch 90 minutes without stopping. Defensively solid and hard working for the team.
- Shkelzen Gashi, 26 years, Albanian. An extremely dangerous offensive midfielder. He knows exactly where the goal stands and is not afraid to take on a 1:1 when he sees his chance to score.
- Luca Zuffi, 24 years, Swiss. The surprise of the season in the central midfield. Has a deadly last pass and excellent vista.
- Marco Streller, 33 years, center forward. The living club legend. It seems that he gets better the older he gets. Stands at the right place in the box, can score from everywhere in the box. When Basel is in front, his ob is to keep the ball in the opponents zone. Something he does very well. Vers strong heading abilities.
- Tomas Vaklic, 25 years, Czech Republic. One of those tpical striong goalkeepers they produce in mid/eastern Europe. Very strong reactions, saved Basel the determinating point in Liverpool

the center backs are fairly good. 22 ears old Fabian Schär would have no problems to play for one of the big 3 in Portugal.
If there is a weak point, it is the full backs of FC Basel. If Porto takes them for serious, they will beat them. If Porto thinks the are better - they will not make it to the quarter finals. I bet Quaresma and Tello will be decisive, not Jackson with his old fashioned interpretation of a center forward. Let's see what Lopetegui does (not an impressive coach IMHO).

Sad to say, but Wolfsburg is clearly favorite against Sporting. They will beat them even with 90% of their potential. Look how weak Sporting is in defence, it is a shame. Though, I would love to see Sporting making it, but If ou stay realistic, it is unlikely.