PortuGOAL Figure of the Week: Benfica's hat-trick hero Pizzi back to his best 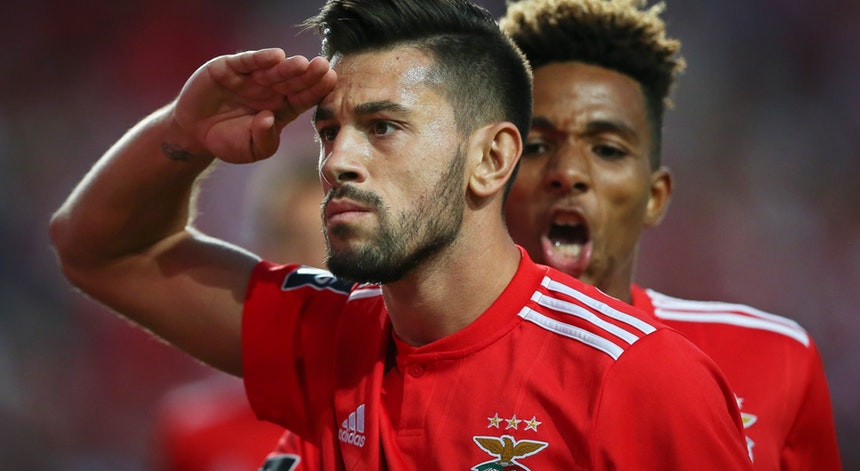 Liga NOS is back for another season and with it PortuGOAL’s Figure of the Week feature. Each week we highlight the standout figure (player or manager) of the round’s action with the caveat that no individual be featured more than once throughout the campaign.

The opening weekend featured a number of entertaining, high-scoring fixtures with each of the “big three” getting off to winning starts, while promoted sides Nacional and Santa Clara tasted defeat on their return to the top flight. Picking the first outstanding player is a tricky prospect: Porto’s Yacine Brahimi was at his electric best, closely followed by his two goal team-mate Vincent Aboubakar in a 5-0 win over Chaves, while Sporting’s Dutch hitman Bas Dost picked up where he left off last season with a brace against Moreirense.

However, Benfica’s midfield talisman Pizzi outshone them all with a first half hat-trick in Friday night’s 3-2 victory against Vitória Guimarães, he is the first Figure of the Week for 2018/19.

Pizzi has been an integral part of the Benfica side that has dominated Portuguese club football in recent years, so it’s perhaps no coincidence that his own loss of form saw the Eagles’ run of domestic league titles come to an end in 2017/18 when bitter rivals Porto deservedly claimed the championship. That’s not to say Pizzi had a poor season by any means, ending with a respectable 6 goals and 7 assists in the league but more so falling a little short of the very high standards he had set in the season before in particular.

Benfica have faced a summer of some uncertainty, the manager Rui Vitória coming under scrutiny after a disappointing previous campaign and star player Jonas looking to be exiting the club for much of pre-season. Pizzi, now one of the elder statesmen at 28 years old, is seen as a source of stability and if his opening performance is anything to go by then Benfica will be challenging for multiple honours as usual.

Benfica were ahead as early as the 10th minute, André André losing possession in midfield before Vitória failed to clear their lines from Gedson Fernandes’ cross. Pizzi was lurking on the edge of the box to confidently slide the ball into the corner on his weaker left foot.

Benfica had the chance to double their lead shortly after but new striker Facundo Ferrerya missed a penalty, however on the half hour mark they had their two-goal cushion. Pizzi this time running into the box, untracked, to fire André Almeida’s cutback high into the net.

Eight minutes later and Pizzi’s first half treble was complete. Like his first goal, he showed deadly calm to place the ball past Douglas Jesus for an emphatic 3-0 lead at the break.

Vitória staged a late fightback but not enough to deny Benfica the three points, the home side prevailing 3-2 at the Estádio da Luz.

Any English Premier League fans watching might have got evocations of Frank Lampard at his peak for all three of Pizzi’s first half goals. Each saw him making runs towards the edge of the box or inside, timing said runs expertly and knowing when to hold his position. The goals all expertly dispatched too, giving Douglas Jesus, who had earlier impressively saved the aforementioned spot kick, no chance in the Vitória goal.

Benfica look to have a bit more of a pragmatic feel to the midfield trio with the addition of young talent Gedson Fernandes, replacing the more attack-minded Andrija Živković, a move that has evidently given Pizzi more licence to roam forward as he did to devastating effect on Friday night. The Comandante looks back to his best.

korean11
This comment was minimized by the moderator on the site

What is going on with Renato Sanches? Is he hurt? Were Niko's claims that he would play frivolous?

Danny DaSilva
There are no comments posted here yet