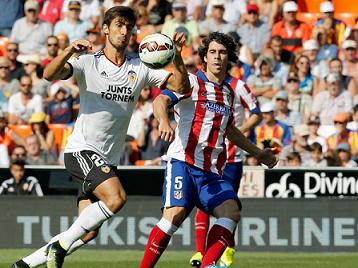 The latest PortuGOAL podcast has a slightly different flavour to it as we make an in-depth analysis of two topics: FC Porto and Portuguese players in Spain.

Portuguese coach and journalist Vasco Mota Pereira gives his assessment of the job Julen Lopetegui is doing at the helm of Porto and forecasts what the rest of the season may hold for the Dragons.

Special guest, Spanish football expert and journalist David Cartlidge, gives us his opinion of Porto's Spanish contingent, then takes a close look at the legion of Portuguese footballers playing in La Liga. André Gomes, Cristiano Ronaldo, Tiago, Ivan Cavaleiro and Bebé, among many others, come under the spotlight, as does Valencia's Portuguese coach Nuno Espírito Santo.

Nice discussion all around! Here's some of my thoughts on some of the points: regarding Porto's squad and strength in depth, while I agree that they probably have the squad with the most depth in the Liga this year and that this is their...

Nice discussion all around! Here's some of my thoughts on some of the points: regarding Porto's squad and strength in depth, while I agree that they probably have the squad with the most depth in the Liga this year and that this is their strongest squad since the AVB season, I don't think their current squad is nearly as strong as it was in 2011, and is certainly way behind the quality of Mourinho's team in 2004.

They have some real quality players like Jackson, Tello, Brahimi and Danilo, but overall I think the "super strength" of their squad has been hyped up and exaggerated a tad. For instance, I think they lack real quality (and certainly depth) in key positions such as goalkeeper, central defense and defensive midfield, at least in comparison to recent seasons. I thought at the start of the season that they weren't the huge favorites for the Liga that many people (including this site!) were proclaiming, due to all the change that came in the summer, practically a whole new team and a new coach with no experience at a top level club, and certainly no experience in this particular league. As such I wasn't at all surprised to see them stutter a bit in the first half of the season. They have improved in the second half of the season so far and it's looking like an exciting 2 horse race for the title at the moment and we certainly have a massive Classico coming up at the Luz next month.

As for the Portuguese players in La Liga: firstly Andre Gomes has been a revelation for Valencia this season. A lot of people thought SLB got a great deal in bagging 15 million for such a young, inexperienced player, but I had some reservations. And the way he's looked this season has confirmed that we let him go way too soon and way too cheaply as well. In my opinion Gomes is the most promising young Portuguese player at the moment, and would even be a starter for the Selecao already if I were the coach (Tiago and Moutinho would complete our strongest midfield trio, imo). I'm hoping that Benfica have learned the lesson and don't cash in on either Cavaleiro or Cancelo the way they did with Gomes and Bernardo Silva. Both these promising young players are gaining valuable experience in the strongest league in Europe and should return to the club in the summer, and be given real opportunities with the first team next season. Benfica's academy has been producing some real talent of late and it's time they were given more of a chance in the senior team.