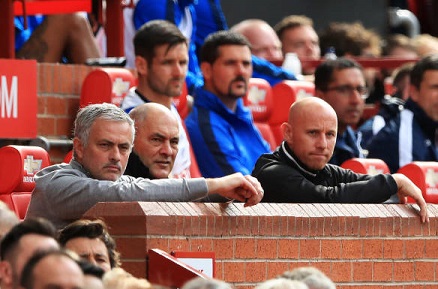 Former Manchester United midfielder and recent academy director Nicky Butt has been speaking to the English media about his experiences dealing with José Mourinho at Old Trafford.

Butt, who played 387 matches for United having graduated from the club’s youth ranks, was installed as head of academy in early 2016 just a few months before Mourinho’s arrival. The pair worked together for over two years and Butt says Mourinho left a good impression with his approach to the young players.

Mourinho has often been tagged with a reputation of lacking faith in inexperienced players, with such accusations once leading the Portuguese to read out a list of players he developed at a press conference while United boss. Butt admits that he was not sure what to expect from the former Porto boss, but says Mourinho took a strong interest in the academy side of things at United.

“An unbelievable character,” Butt told The Athletic. “I was his academy manager so I wondered what it would be like. The reality was that he spoke to me every single morning at breakfast. He asked me about young players, he was approachable, he was helpful. He was single-minded and selfish – and whether you like it or not, that’s what the best managers are.

"He would ask me which players I wanted to move up. He asked: ‘Who is this kid Greenwood?’ when Mason was 15. ‘Bring him to train with us,’ and I said: ‘We can’t, because he’s at school and there are rules and regulations.’

“I pushed Scott McTominay and explained that he was a good kid who he’d like; one who was aggressive, can run and pass. José had him training and Scott never looked back.

“José sat with the under-19s ahead of a trip to Portugal. He told them what to expect, he said that Victor Lindelof will be the next big player. José was good and, for an elite manager with his record, he was very, very good with me.”