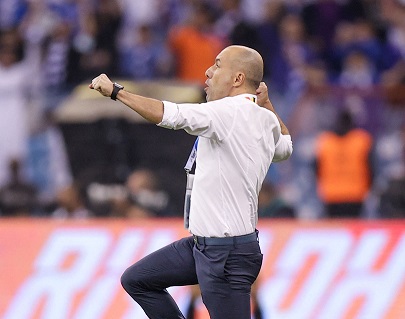 Saudi Arabian side Al-Hilal, coached by Leonardo Jardim, were crowned champions of Asia on Tuesday after overcoming Pohang Steelers of South Korea in the Champions League final.

A stunning long-distance goal inside the first minute by Nasser Al-Dawsari and a second-half strike from ex-Porto forward Moussa Marega gave Al-Hilal their fourth ACL triumph in Riyadh.

Jardim, who is still unbeaten in his role since arriving in June, becomes the first Portuguese to win Asia’s premier club competition. However, the wider significance of the accomplishment with regard to Luso coaches’ performance abroad is told through a record-breaking feat achieved by Jardim and a collection of his countryman.

Artur Jorge was the first Portuguese to win the European Cup, guiding FC Porto past Bayern Munich in Vienna with a 2-1 victory at the end of the 1986-87 season. José Mourinho led the Dragons to their second Champions League in 2004 with a 3-0 win against Monaco in Gelsenkirchen, Germany.

In Africa, Manuel José won the CAF Champions League an incredible four times with Egyptian powerhouses Al Ahly in 2001, 2005, 2006 and 2008. Former Sporting and Benfica boss José also lifted the league title six times with the club and is known as ‘The King’ by the Al Ahly supporters.

Jorge Jesus became the first Portuguese to lift the Copa Libertadores in South America when he guided Flamengo to glory in 2019 with a dramatic late fightback against Argentina’s River Plate. Last year, Abel Ferreira won the competition with Palmeiras, beating Santos 1-0 in the final in Rio de Janeiro.