Coming to terms with Portugal's U20 World Cup failure 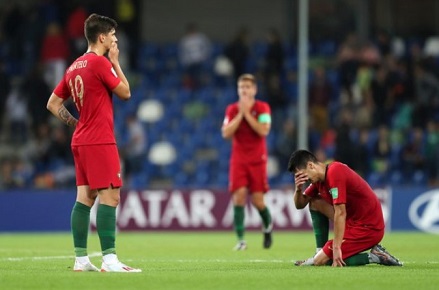 Portugal’s 2019 FIFA U20 World Cup campaign will be remembered as a missed opportunity, the 1989 and 1991 winners crashing out in the group stage after a 1-1 draw against South Africa. Hélio Sousa’s side contained enough quality to go all the way, but a combination of factors resulted in an early and disappointing exit.

Having travelled to Poland to cover my first international tournament as a journalist, I am still scratching my head and trying to come to terms with Portugal’s early exit. In the following article I will offer some potential reasons why Portugal failed and what it means in the grand scheme of things.

Francisco Trincão raced onto a João Filipe through ball and scored after just seven minutes in their opening match against Korea Republic. Portugal largely controlled the match and could have won by a bigger margin than 1-0, but Chung Jung-Yong’s organised and well drilled side were no easy beats who would prove it by reaching the final where Ukraine prevailed 3-1.

Argentina were next, Portugal recovering from a poor start but caught out on a long goal kick as they trailed 1-0 at half-time, despite winning the shot count 10-5 and shots on target 4-1. Portugal wasted a number of chances to equalise and conceded from a free kick in the final minutes. Hélio Sousa summed it up in the press conference, saying “we were superior but couldn’t take our chances”.

South Africa were next and many expected an easy win after Thabo Senong’s side had lost their opening two games. Portugal were on track after Rafael Leão poked home in the 19th minute, but South Africa were awarded a corner after half time that was dispatched to make it 1-1.

The excellent Rúben Vinagre picked up an injury and had to be replaced at left-back by Francisco Moura in a double blow, but Portugal received a penalty of their own in the 60th minute. João Filipe ‘Jota’ stepped up but saw his spot kick saved by Khulekani Kubheka.

Portugal piled on the pressure, Diogo Queirós heading Trincão’s free kick off the bar and Jota inches away from getting onto Leão’s saved shot. Leão fired a free kick over the bar, Pedro Neto’s effort from a tight angle was saved but time elapsed as did Portugal’s dreams of winning the U20 World Cup.

Football matches are often decided by incredibly fine margins. A penalty kick saved, a shot off the woodwork, an injury or a bad referee decision. You could say Portugal had no luck against South Africa, and if not for an inch here or there, Portugal would have reached the last 16 where anything could have happened.

Sousa and Portugal bounced back with a thrilling 4-3 extra time win against Italy in 2018 U19 European Championship Final. He made history with the first group of players to win both the U17 and U19 titles and expectations were understandably high ahead of the 2019 U20 World Cup.

It’s difficult to argue against Sousa’s tactics that largely produced dominant performances in each match. Perhaps he persisted longer than he should have with Miguel Luís, Portugal desperately in need of a player to link midfield and attack.

Maybe his tactics failed to get the best out of Gedson Fernandes. He also could have employed two out-and-out strikers at times but was seemingly addicted to an inflexible 4-3-3 formation that made Portugal predictable.

Sousa thanked all the journalists as he left the final press conference. He deserves credit for winning two international tournaments and helping in the development of countless amounts of Portuguese youngsters. I wish him all the best in his new role as manager of Bahrain.

We Didn’t Take Our Chances

How many times have you heard defeated managers and players lamenting poor finishing for their inability to win a football match? It was a large reason for the defeat against Argentina, but none more so that the 1-1 draw against South Africa.

Jota knew the 2-0 defeat against Argentina was largely unjustified. “The finishing was not there, unfortunately we didn’t score and football is about scoring goals.” Portugal were well ahead in every statistic against South Africa, having more shots (25-11), shots on target (8-3), possession (62-38) and corners (7-2).

In the end it means nothing. Portugal had no-one to blame but themselves.

Portugal’s U20 squad contained many of the players that Hélio Sousa had guided to success at the 2016 U17 European Championship and 2018 U19 European Championship. Central defenders Diogo Queirós and Diogo Leite had come through the ranks at Porto, full-backs Diogo Dalot and Rúben Vinagre playing for English Premier League clubs.

Central midfield featured two players that had broken through at Benfica the previous season in Gedson Fernandes and Florentino Luís. Wingers Francisco Trincão and João Filipe were joint tournament top scorers at the U19 Euros, while striker Rafael Leão had broken through at Lille who finished second in Ligue 1.

West Ham United midfielder Domingos Quina started in the U17 and U19 finals but picked up a shoulder injury in April and wasn't available. Benfica striker José Gomes hadn’t progressed after the U19 final and was understandably absent. 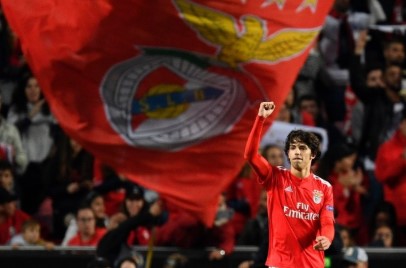 One player that should have been selected was João Félix. Benfica’s latest superstar was exactly the type of player Portugal were missing, someone to link midfield with attack, provide a threat through the middle and offer more space for Jota, Trincão and Leão.

The 2019 U20 World Cup would have provided Félix with an opportunity to be the star player at the tournament and further increase his reputation. He wasn’t a part of the successful U17 and U19 campaigns, and I can see why Fernando Santos selected him in Portugal’s UEFA Nations League Finals squad, but there was no need to rush him into the senior side where he wasn’t required over a U20 World Cup campaign where he certainly was.

Perhaps one of Portugal’s strengths was also a weakness. Players arriving at the tournament on the back of the U17 and U19 success, not to mention breaking through at club level, may have led to a lax attitude in dealing with the pressure associated with playing at a World Cup.

It’s not just a quality issue. It’s a problem of state of mind, desire and determination. And if you go there with everything you represent, all that you can do in your clubs, on your toes with rounded chests, you’re gonna get screwed. Even if the other team has less quality, it won’t work.”

I personally had difficulty with Gedson Fernandes’ nonchalance and propensity to play the majority of his passes backwards or sideways. Rafael Leão’s attitude under pressure was another concern, and one can’t help but wonder if some of these players thought they had already made it to the big time.

It seems some of his players didn’t heed that warning. It will be interesting to see which of these players goes on to feature regularly for the senior squad in the coming decade.

A Football Match To A Funeral

It’s one thing watching football on television, another being at the game with a privileged vantage point to see all the action. Being at an international competition when a team bows out and having an opportunity to talk to managers and players after the match bears its own responsibility.

It's very easy to criticise players and managers from the comfort of your own home without understanding or taking into account the human element of the game.

I have never witnessed a group of players so distraught after the final whistle than after the 1-1 draw against South Africa. The pressure of a nation and the expectation associated with being one of the U20 World Cup favourites was a heavy burden to bear. The anguish and heartache among the players resembled a group of people mourning the loss of a loved one.

#U20WC FT Portugal 1-1 South Africa. U20 World Cup is over for Helio Sousa and his young men. Difficult to process this one. I need to sleep on it. Devastated. pic.twitter.com/YmqU1L7n8i

I suggested to Hélio Sousa in the post-match press conference that there would inevitably be questions regarding his tactics and the attitude of the players for which he is ultimately responsible. I felt slightly guilty asking the question minutes after such a painful exit, knowing the circumstances and what I have already described could easily be attributed to bad luck and simply failing to take chances.

He did his best to answer, saying "it’s natural for people to ask questions at this moment. My players gave all they could, honoured the kit they were wearing, but we weren’t able to secure all the victories we wished for. It had nothing to do with my players’ attitude, we weren’t competent enough."

I asked Sousa what the next step was and how they would recover from such a disappointing defeat. "We will all help each other and support each other at this point, to get over the enormous pain we are feeling right now. Unfortunately we couldn’t celebrate a victory today. We are all very sad right now, we no longer have the dream of winning this competition, we will all be together in this state of pain and supporting each other through this."

Jota was particularly inconsolable after the final whistle, his saved penalty making him feel personally responsible for Portugal’s failure. It’s not logical or fair, but understandable in a moment where you keep asking yourself how this could have happened.

I spoke to Jota after the Argentina defeat and he came across as a very mature young man who speaks with clarity and expresses a comprehensive understanding of the game. I wearily ventured into the mixed zone to get a sense of the feeling after the South Africa match, not particularly wanting to speak to any players but admiring those who are required to as part of their job.

As Jota made his way through the mixed zone he was still devastated and had no desire to speak to anyone. I wanted to tell him it wasn’t his fault, the pain of this match will heal in time and he has a bright future ahead of him, maybe I should have tried harder to make that happen.

More To Life Than Football

Just like a defeat in a crucial football match or mourning the death of a loved one at a funeral, life goes on. Portugal played all three matches in Bielsko-Biala, 30kms from the Auschwitz concentration camps where Nazi Germany killed more than 1 million people in the Holocaust as part of their ‘Final Solution’.

U20 World Cup matches were also played at Arena Lublin in Poland, a mere 4kms from the Majdanek death camp where more than 79,000 people were murdered. Visiting these camps, seeing the torture cells, gas chambers and crematorium is a chilling experience and another reminder that there is more to life than football.