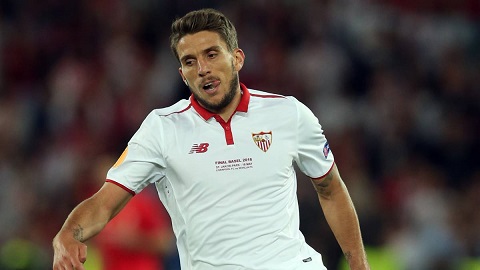 Fernando Santos has announced the Portugal squad for the Euro 2020 qualifiers against Serbia and Lithuania.

As is his wont, the Seleção boss sprung a few surprises, principally the call-ups for Sevilla defender Daniel Carriço and Olympiakos forward Daniel Podence. Midfielder Renato Sanches, who recently transferred from Bayern Munich to Lille, has also been selected.

The reigning European Champions have had a shaky start to their campaign to retain the trophy, drawing the first two qualifiers at home to Ukraine and Serbia.

“All of Serbia’s players play in the best leagues in the world,” said Santos. “But there’s no point making excuses. We have the ability to win these games. After two draws, we have to win our next six matches.”

Related: State of the Seleção – onward and upward

Portugal play Serbia in Belgrade on Saturday 7 September, before facing Lithuania on a synthetic pitch in Vilnius three days later on Wednesday 10 September.