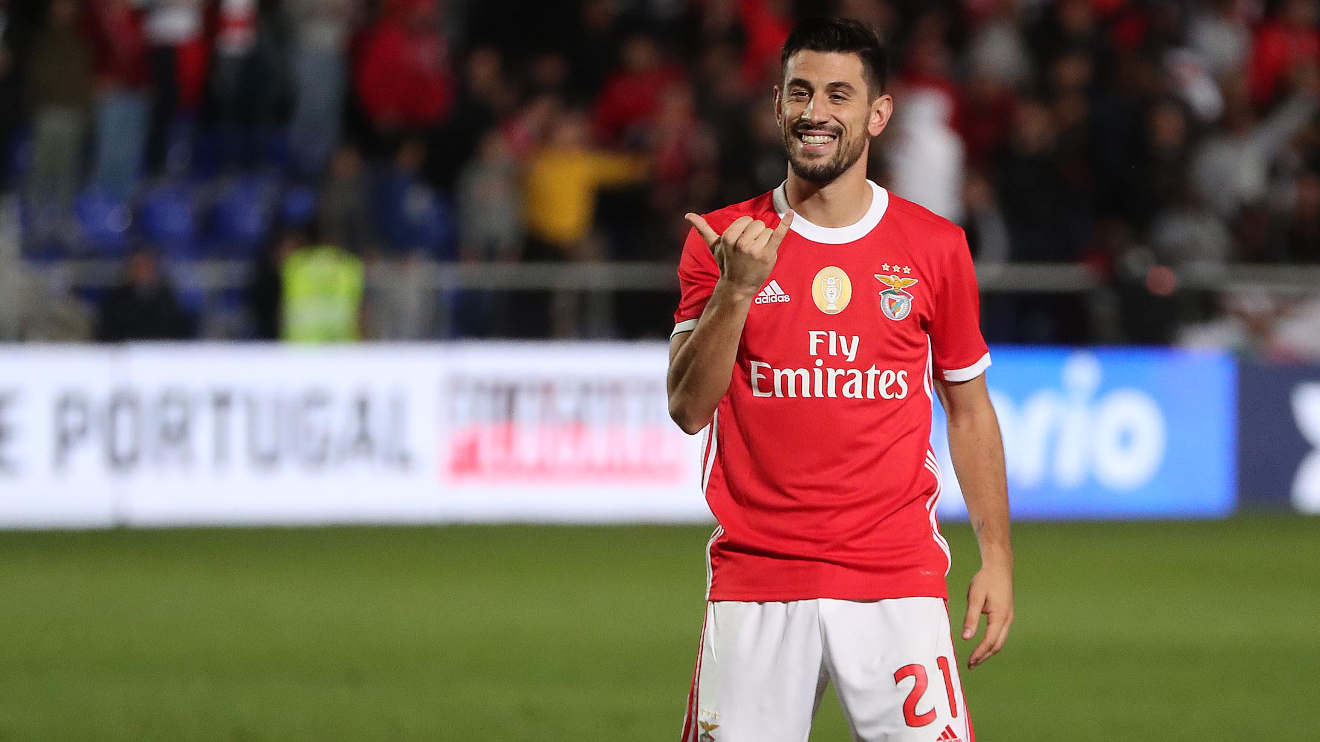 What a time it is in Portugal’s football history. It is an era in which we all celebrate the lavishly talented football marvels widely distributed across Europe’s top domestic leagues. That we should all be so blessed!

Yet there remains one enigmatic character who has quietly and consistently elevated his performances to such an extent it has become utterly irrational to dispute his place alongside the other great names in Portuguese football today.

I wrote a fair bit about Pizzi back in the old days. For those who may not remember, before there was Wolverhampton, the veritable home-away-from-home for Portuguese in the English Premier League, there was Deportivo La Coruña in the early 2010s. A number of recognizable figures passed through Deportivo at some stage during this period to include ex-Benfica man Roderick Miranda, and number six on the list of Portugal’s all-time leading goalscorers, Hélder Postiga. There, I said it.

The 2012-13 La Liga season is where we begin our history lesson to uncover the mystery surrounding the man who has become Benfica’s eminent playmaker. Deportivo were newly promoted following a record points haul in the second division. The club responded in typical fashion by securing talent they felt would ensure their survival in La Liga. Among these were Zé Castro, Bruno Gama, Sporting castaway Diogo Salomão, and a young striker by the name of Nélson Oliveira, one year removed from his eye-catching performances at the 2011 under-21 World Cup in Colombia. Oh, I nearly forgot: and 23 yr old Pizzi.

In those days Pizzi was a more traditional winger boiling down the margins of the pitch as opposed to organizing affairs in the center of the park. His partnership opposite Bruno Gama was even seen as a potential boost for the Seleção. For those skeptical, you have to remember this was a time when Ronaldo and Nani were far and away the best and only wing options ahead of converted central playmaker Miguel Danny, and Ricardo Quaresma, who was several years removed from his eventual rebirth and redemption at Euro 2016.

The season that unfolded was perhaps best summarized by Deportivo’s helter-skelter contest against eventual La Liga champions, Barcelona. Their league form already in a downward spiral, Deportivo were behind 3-0 inside 20 minutes. The match seemed out of reach until that season’s most consistent performer converted a penalty kick to initiate theatrics which left the outcome of the match in doubt until the very end. Pizzi left Barcelona’s defense in tatters on numerous occasions and scored again in the second half, but the valiant effort ultimately proved futile as Lionel Messi and Cesc Fàbregas denied what would have been a very surprising result indeed.

So it went that year for Deportivo – flashes of brilliance, some reasons for hope, three different managers including Domingos Paciência, and an epic battle against relegation that regrettably ended in a return to the second division. Afterwards, Bruno Gama left for Ukraine, Nélson Oliveira departed for Stade Rennais, and Pizzi was sold to Benfica - who promptly sent him right back out on loan to Espanyol.

I wrote several times about Pizzi that 2012/13 season and described him as a “loan ranger,” skillful enough to attract interest from the likes of Atlético Madrid, the club that loaned him out to Deportivo in 2012/13, but seemingly incapable of convincing the top brass he deserved a more meaningful role in the squad.

To be completely fair, there was not much about Pizzi which separated him from any other workman-like player. His efforts were consistent with many others who spent their entire careers as journeymen. His counterpart Bruno Gama became just that type of player in fact.

But Pizzi did not.

Fast forward to a present in which he has now ascended into an entirely different strata of form and consistency. Sixteen goals and nine assists in only 23 matches this season has him on pace to exceed Bruno Fernandes’ incredible goal tally last season. Bruno, and other Portuguese midfielders, have received a fair amount of discussion and acclaim as a result of their performances. Pizzi on the other hand still seems to be wearing the reputation of a player who simply is not expected to deliver such raw inspiration on a regular basis. A player who is here today gone tomorrow. Exactly how his career went until the 2014/15 season.

Pizzi finally broke through into the Benfica squad that year, scoring four goals in 31 performances. Each season that followed, his role became more and more influential. Benfica won the Portuguese league three years in a row beginning with the 2014/15 season. When they finally lost the league in 2017/18, I clearly remember a conversation with a Benfica supporter who told me it was because Pizzi had suffered an untimely lapse in form. Pizzi, he said, was the actual reason for Benfica’s dominance over the previous three seasons, and there were a lot of really good players in their squads from that period. Mitroglou, Raúl Jiménez, Nélson Semedo, Jonas, Ederson, the list goes on. To that Benfica supporter, Pizzi was the standout.

Then you look at Pizzi a bit more closely from a statistical perspective. He scores and creates goals, but the rest is downright unremarkable. Take this season for example: his passing is radiantly average for a midfielder. His dribbling, possession, and close control are borderline mediocre, and his defensive statistics were rock bottom compared to Portugal’s other midfield luminaries – Bernardo Silva, João Moutinho, and Bruno Fernandes.

Pizzi is a late bloomer, well-travelled, and not especially dazzling. How does he do it then? Sheer force of will and commitment to fundamentals of the game. Whereas others might orchestrate a series of innovative pass-and-run movements, Pizzi approaches the game without so much methodical fan-fair. He executes precious few techniques, but he performs each of them very well. One of these is the art of the perfectly-timed release pass. You know, that pass which sets loose the striker or winger leading to the demise of the opposition defence’s tactical effectiveness.

This explains why he has been so successful in a very attack-minded unit like Benfica. There is always a striker or winger running just beyond the centrebacks or cutting through the channel. Pizzi identifies these runs and releases play with a weighted throughball or chip over the top. Nothing aesthetically compelling just placing the ball where it is required. Reverse passes, cut-backs across the top of the penalty area - all the relatively unfashionable but completely necessary distributions required of a midfielder- Pizzi excels at these.

This style of play also helps explain why Pizzi has struggled until recently to make his impact felt for the Seleção. His three goals and two assists in 17 matches do not tell the whole story since many of these appearances were as a substitute and he only completed the full-ninety on three occasions. Even so, his implementation in the Fernando Santos era is complicated by tactics which are far less adventurous compared to his club side. Bruno Fernandes is likely suffering from a similar problem. Though there are differences between the players, both of them are downhill in their approach – they want to get forward, play the ball now rather than wait and retain possession, and want to score goals.

For Portugal, they have to defend more and retain a tactical shape which affords fewer opportunities to play their most effective game. Santos prioritizes tactical solidarity and organization. Benfica are an unhinged attacking machine.

Only recently has Pizzi begun to look as if he belongs with the rest of the squad, but questions linger regarding how well he can consistently facilitate the midfield architecture which Santos demands. Consequently, the future for Pizzi, as bright as it is at club level, remains very unclear for the Seleção.

At present, he is the best right side midfielder in Portugal’s arsenal. Keep in mind I consider Bernardo Silva a central playmaker. He deserves to start and frankly could yet become a revolutionizing and elusive figure in Portugal’s midfield. The player many were hoping Bruno Fernandes could be: a Frank Lampard-esque goalscorer alongside the elegance and artistry of Bernardo Silva.

To think where this player came from, picked out by Braga in 2008 and loaned out to six different clubs in as many seasons – it is remarkable what he has achieved.

It is another poetic and inspirational story of a Portuguese player in the fine tradition of Ricardo Quaresma, José Fonte, and many others who were overlooked or undervalued. A story nested within the larger and more grand narrative of a small, unfancied nation which has achieved so much greatness that most would have thought completely beyond them.