The biggest football event cancelled due to the Coronavirus, Euro 2020: what happens next? 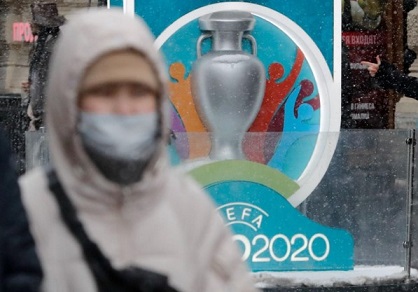 This summer was set to be a bumper year of sport, but the Olympic Games and the European Championships have fallen victim to the Conoravirus pandemic. The year’s most celebrated and largest football event, Euro 2020, has been postponed until the year 2021.

With tensions and anxiety levels high amongst populations around the entire planet, the question remains: will popular sporting events return in 2020? Or will they follow the lengthy re-scheduling plan of the UEFA governing bodies?

The news came after the turmoil that the Coronavirus pandemic had left the state of domestic football in. Leagues across the world were cancelled beginning with some of Europe’s most decorated divisions such as the English Premier League, La Liga, Serie A and many more.

Deciding to cancel the Euro 2020 competition was a gesture made in hope that the resetting of the tournament would allow domestic seasons a larger time-frame to complete their respective campaigns.

Set to be the most eventful and entertaining competition of the summer, 12 European cities, from Bilbao to Baku, with the final taking place at Wembley stadium in London in July, has now been postponed for a year in response to the current coronavirus pandemic.

Governing bodies from UEFA held an emergency teleconference meeting to discuss the matter and how to proceed. The decision to postpone until 2021 was made to free up space on the football schedule in case of a backlog of matches cancelled during domestic competitions.

“We are at the helm of a sport that vast numbers of people live and breathe that has been laid low by this invisible and fast-moving opponent. It is at times like these, that the football community needs to show responsibility, unity, solidarity and altruism.

“Purpose over profit has been our guiding principle in taking this decision for the good of European football as a whole. The thought of celebrating a pan-European festival of football in empty stadia, with deserted fan zones while the continent sits at home in isolation, is a joyless one and one we could not accept to celebrate the 60th anniversary of the competition,” UEFA president Aleksander Ceferin told the media. 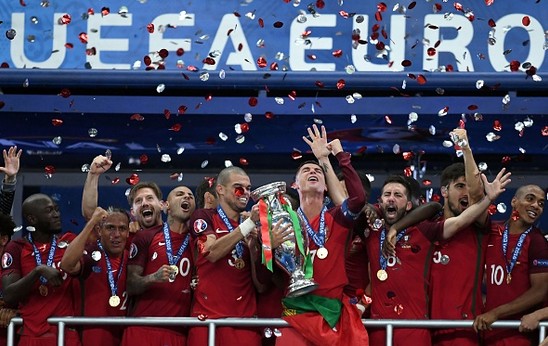 Reigning European champions Portugal will have to wait another year to defend their crown. Twenty from a total 24 teams that were expected to play in this year’s competition had already qualified, play-offs should’ve been taking place as we speak but were some of the first fixtures to be postponed after the outbreak. Amongst those qualified, we saw the obvious big fish such as France, Germany, Spain, England and of course Portugal.

Portugal was holding a nice number at the bookmakers, around 16/1 the last time we checked. But since UEFA moved the tournament dates from June-July 2020 to June-July 2021, they’ll be waiting at least another 12 months before returning to Euro action.

Portuguese die-hard football fans shouldn’t despair. Whilst the Euros will suffer a year postponement, the Primeira Liga will resume regularly scheduled programming much sooner and Sportsbookreview.com will have all of the latest news and updates for the league.

With next year’s Club World Cup scheduled around the same time as the newly dated Euro 2021, and the women’s Euro 2021 competition is laying in the same boat, what will happen to these events and will the location of the Euro 2021 remain across the original twelve venues that were scheduled for 2020?

UEFA said the women’s tournament would be rescheduled but specified no date and there was no definitive answer regarding locations or the Club World Cup.

The Champions League is still up in the air but UEFA remains adamant they’ll see this year’s competition out to the end.  Discussions of weekend fixtures and one-leg matchups have been rumoured, but nothing is set in stone.

Tensions remain high for UEFA, as they do for the majority of us sitting at home. Whether you’re halted from working, prevented from socialising or missing your favourite soccer team, please be sure to exercise patience, remain safe and stay kind.