Portugal coach Fernando Santos has announced a 25-man squad for Portugal’s first set of qualifying matches for the 2022 World Cup, against Azerbaijan, Serbia and Luxembourg.

“This is not a time for experimentation,” said Portugal coach Fernando Santos. “This is the start of qualifying for the World Cup, it’s a fundamental triple-header, in a competition that Portugal have never won and which, as I’ve said several times, we are aiming to win.”

The ambitious nature of Santos’ approach to the Qatar World Cup was further emphasised when he was asked about Ronaldo’s state of mind ahead of the resumption of international football. “Ronaldo always has extra motivation when he represents the national team and he has a big dream which is to help us win the World Cup.”

In relation to the two debutants, Santos said: “it’s important to me to evaluate João Palhinha given the positive season he’s had, especially as he has not played much for the Portugal youth levels and he plays in a different system for his club.

“Nuno Mendes also plays in a different system but for the Portugal U21s he plays in a four-man defence and he is a quality player who will have no problem adapting. Our full-backs usually contribute to our attack, and Nuno can do this.”

Portugal start by playing their “home” match against Azerbaijan in Turin on Wednesday 24 March because of travel restrictions caused by the Covid-19 pandemic.

Three days later they lock horns with Serbia, in Belgrade, and then play Luxembourg away on 30 March. 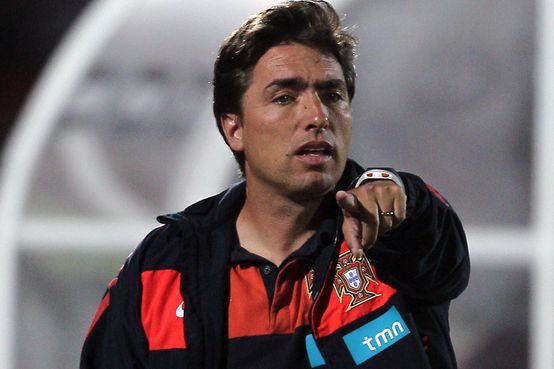 Meanwhile, yesterday Portugal U21 coach Rui Jorge selected the squad who will represent the Seleção at the Under-21 European Championship

The Seleção need to finish in the top two positions to make the final stage of the championship which will be played in June.

Portugal are aiming to win this competition for the first time in their history. Should they do so, it would be the perfect way for Rui Jorge to crown 10 years in his post as U21 coach.