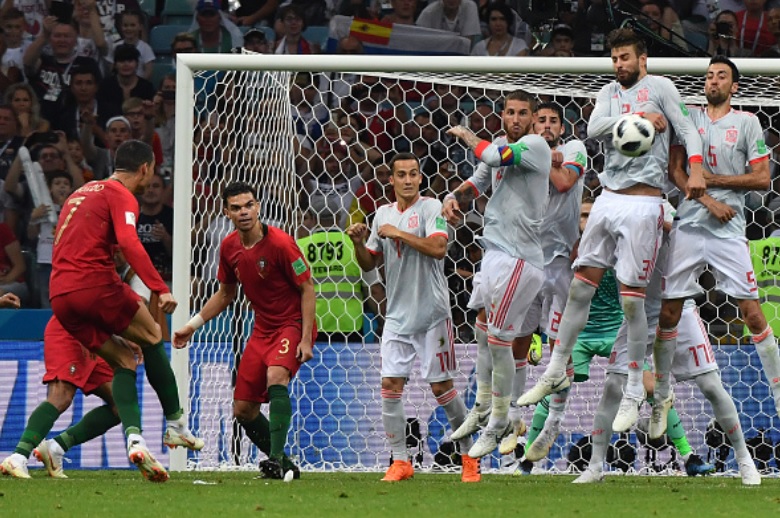 Ronaldo to the rescue in World Cup opener

Cristiano Ronaldo produced a memorable hat-trick to earn Portugal a 3-3 draw at Fisht Stadium. Portugal’s talisman twice put the Seleção ahead, but saved the best for last with a first-class free kick in the dying minutes.

The match swung back and forth with three lead changes and included yet another Ronaldo hat-trick and possible goal of the tournament from Nacho. After two 1-0 results on Day Two of the World Cup the match provided the scintillating spectacle many ware anticipating.

Ronaldo drew a foul from Nacho inside the area in the third minute, earning a penalty that he dispatched past David de Gea with confidence. Portugal broke free twice soon after but Gonçalo Guedes couldn’t capitalise.

Spain soon hit back, a long ball to Diego Costa saw him hold off Pepe and dance with José Fonte before firing into the bottom corner. Isco unleashed a long shot that smacked the underside of the bar and bounced off the line as La Roja fought back.

Andrés Iniesta saw his shot deflected wide as Spain were dictating play and maintaining momentum. Isco had a shot saved but Portugal reclaimed the lead against the run of play moments before half-time. Guedes controlled a long ball and laid it off to Ronaldo, his low shot squeezing through De Gea who should have done better.

The fast paced action resumed straight after the break, Bruno Fernandes with a chance but Spain took control with two quick goals. A free kick to the back post saw Sergio Busquets head the ball across to Diego Costa who tapped in for his second goal. Spain’s third was a real peach, a clearance falling to Nacho who hit a thunderbolt that swerved in off the post. Unstoppable.

Spain’s midfield maestros Iniesta and David Silva were enjoying plenty of open space as the substitutes began. João Mário came on for Bruno Fernandes and Ricardo Quaresma replaced Bernardo Silva as Portugal had to chase the game.

With time running out, Ronaldo sucked Pique into giving away a cheap foul in prime free kick territory. Portugal’s all-time leading goalscorer stepped up and curled it around the wall into the top corner, the saviour once again with goal number 84 in his 151 appearance. 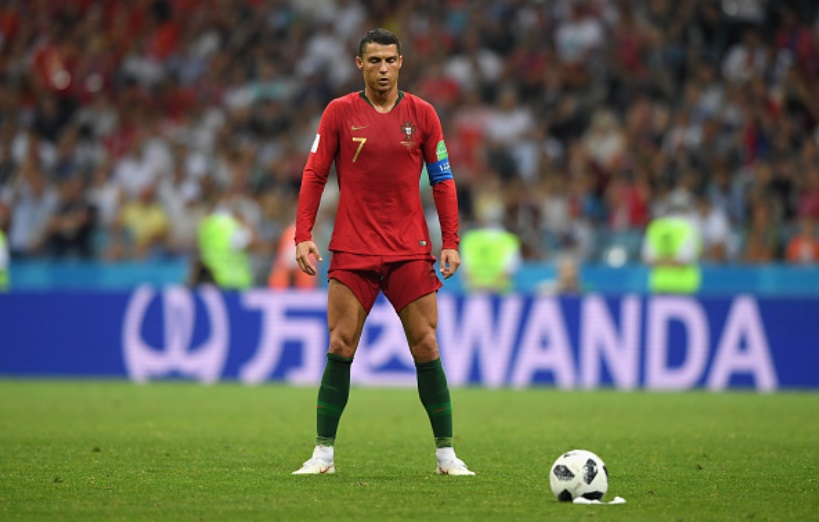 The draw felt like a win for the 2016 European champions especially after Iran’s surprise win against Morocco. It leaves Group B there for the taking with both nations requiring a win next up.

Fernando Santos sent out a message after the match, saying: “Spain's players didn't let our quality players show what they could do, they were more intense than us. We have to rectify this.”

Bernardo Silva and Bruno Fernandes were underwhelming but Gonçalo Guedes provided an assist and will learn from the experience. I expect João Mário to start against Morocco and João Moutinho to make way for Adrien Silva.

José Fonte was unconvincing and worringly Portugal could have conceded more, but Cristiano Ronaldo showed once again that anything is possible. He has delivered regularly for his country when the pressure is on, perhaps none more important than the exhibition in Sochi.