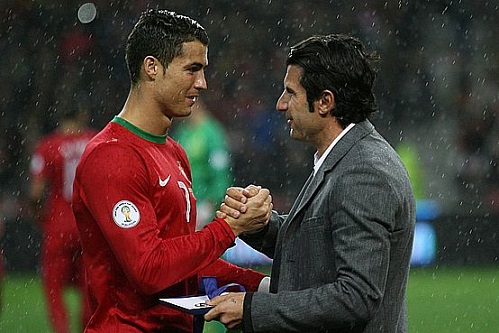 How much difference can one man make to a team? The answer depends, of course, on the man, but it can be significant. You see it in the Premier League with Harry Kane, whose presence elevates Tottenham to a team that can genuinely beat anyone. In the early years of the millennium the same could be said for Thierry Henry’s contribution at Arsenal.

But surely the most cited example is the man every football fan sees whenever they pick up their copy of FIFA 19. With Cristiano Ronaldo at the helm, the Unibet sportsbook shows Juventus as 1/3 on to win Serie A. Whenever there is absence or injury so much as rumoured, those odds start to slip. A decade ago, it was the same story at Manchester United. Ronaldo led the charge in United’s three title winning seasons in a way that has never seen before or since. When Ronaldo left the Premier League side, so did the trophies.

Is Ronaldo the best?

Ronaldo has had all the epithets thrown at him, and he’s surely one of the most influential players in the modern age. There are no other Portuguese players in the modern era who can dominate a game, a team, even a league like Ronaldo. Some say that the sheer number of goals that Ronaldo has scored makes it obvious that he is the greatest ever. 118 for United, 450 at Real and as for Juventus – well, he’s only just begun. But as every fantasy player knows, there’s more to footballing success than finding the back of the net.

Ricardo Carvalho’s heroics at Chelsea and then at Real Madrid might not have grabbed the headlines in the same way as Ronaldo, and Carvalho never had his picture on a video game. Yet wherever he went, titles followed, whether it was at Stamford Bridge or the Santiago Bernabéu. There can be little doubt that Carvalho is the best defender ever to come out of Portugal, and his impact on every team he touched was just as influential as Ronaldo’s.

Comparing players from different eras is almost as difficult as comparing those in different positions. How would Ronaldo have played in the 1960s, and how would Eusebio have compared to the modern players? Many who saw him play are in no doubt that Eusebio was the greatest Portuguese footballer ever. He was muscular, he was skilled and he had a great football brain that allowed him to select the right shot with unerring accuracy. Even more than that, though, he raised Portugal and Benfica to the pinnacle of international football in the 1960s.

There are some players who seem to sprinkle a little magic dust wherever they go. We saw it with Carvalho, and Luís Figo was doing much the same in La Liga in the 1990s, when he elevated Barca from also rans to European superstars, seeing them to two La Liga crowns. Figo went from local hero to pantomime villain when he moved to arch rivals Real, but he brought his new team just as much success, playing alongside his heir apparent as the footballing king of Portugal, none other than Ronaldo himself.

It’s really not even close, Ronaldo is miles better than any other Portuguese player. Just think about the impact he’s had on other Portuguese players alone. I’m not saying that Portuguese players weren’t in high demand before Ronaldo but how many young players have moved to big teams in Europe because of his influence? Just as an example you look at guys like Nani, Gelson Martins, Guedes snd basically any quick winger, they were all supposed to be the next Ronaldo and they all moved from Portugal to become that. Joao Felix is probably the best current example, what are the headlines about with him? What about Quaresma, what did he never become...the next Ronaldo. Ronaldo is a once in a lifetime talent, every 100 years we’ll see another. I’m a huge Bernardo Silva fan and he’ll never reach Ronaldo. Ronaldo from 2007-2015ish was simply unbelievable, unguardable and unstoppable. Messi and Ronaldo are simply the greatest players to ever play the game, I really don’t think it’s close either and I know that sounds very bold but it’s just the way it is. Maybe in 50 years it will change but as it stands, those two are the kings.

Can't argue with you at all Andrew. As this article explains Peyroteo is the unsung superstar of Portuguese football https://portugoal.net/classics-topmenu/609-peyroteo-portugal-s-forgotten-superstar

I Love Ricardo Carvalho, but he is not better than Pepe!

Any discussion of best Portuguese players would have to include names from Benfica of the 1960s. Jose Aguas was highly rated as a prolific goal scorer and Mario Coluna was a top midfielder.

I don’t include players from the 1970s because
Portuguese football was at a low level during that type by any objective measure. Names like Nene, Manuel fernandes (sporting guy), played during those times .

Chalana makes it due to his performance at euro 1984.

Pepe won champions leagues with Real Madrid and was immense for Portugal when they won euro 2016.

Eusebio is number 2 , he won a ballon dor (he lost out on a second by a couple of votes ) top scored at a World Cup, and led the strong benfica side of the era .

Figo is 3rd and won the ballon dor himself and his generation put Portugal back on the map.

Futre is technically one of the best Portugal
Players ever , won a CL with Porto, was runner up for ballon dor. Similar career to Deco.

Cristiano is clear number 1 for many reasons. Will probably remain that way forever.

Just wanted to add another note

Matateu doesn’t get enough credit.
He is definitely one of the best Portuguese players ever if anyone does serious research. His goals per game ratio was impressive and he played for Belenenses, not a big 3 side .
...

Just wanted to add another note

Matateu doesn’t get enough credit.
He is definitely one of the best Portuguese players ever if anyone does serious research. His goals per game ratio was impressive and he played for Belenenses, not a big 3 side .

It’s a
Shame what has happened to Belenenses since. Club in civil war and sold
Out to benfica.

Basil
This comment was minimized by the moderator on the site

Valter
This comment was minimized by the moderator on the site

1. Cristiano Ronaldo...second is miles and miles away from him! GOAT
2. Eusebio
3. Luís Figo
4. Paulo Futre
5. Rui Costa
6. chalana
7. Ricardo Quaresma
8. Deco
9. Pepe
10. Ricardo Carvalho
11. Paulo Sousa
12. Nani
this is a new generation apart from Eusebio( haven't seen him but he gained the right to be at least in the top 3), haven't seen the others ones....

Read More
Valter
There are no comments posted here yet