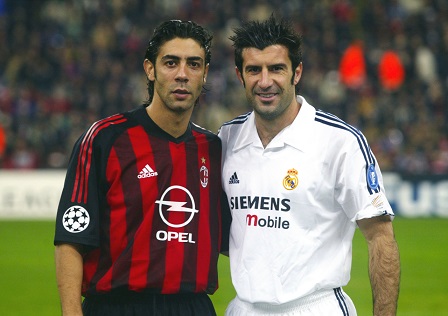 Cristiano Ronaldo dos Santos Aveiro is the greatest Portuguese footballer of all time, let alone the twenty-first century. His potent attacking abilities, sleight of foot, athleticism and fierce and unabating thirst to be a winner have made him an unstoppable force of nature on the pitch and a player of immeasurable value to whichever team is lucky enough to have him. His devotion to football renders him completely capable of competing at the highest level, even at 36 years of age. Ronaldo was joint top scorer at this summer’s European Championship and scored two goals in his first match after returning to Manchester United last Saturday.

So far, he has won four European Golden Boots and five Ballon d’Or awards. He has amassed 31 major trophies throughout his career, including one European Championship, one UEFA Nations League, five UEFA Champions Leagues, and seven league titles in three different countries. With 41 assists and 135 goals in UEFA Champions League, Ronaldo is without doubt one of the best players of all time.

Luís Filipe Madeira Caeiro Figo, like Ronaldo, enjoyed a fabulous playing career shining for some of Europe’s most storied clubs. He retired in 2009 after representing Sporting CP, Barcelona, Real Madrid, and Inter Milan. Despite his hugely controversial switch from Barcelona to arch rivals Real Madrid, Figo’s mesmeric wing skills were legendary at both Spanish giants.

The man behind the Pepe nickname is Kepler Laveran de Lima Ferreira. Like his great friend and long-time teammate at Real Madrid and in Portugal’s national team, Ronaldo, Pepe seems intent on negating the march of time. As a 38-year-old professional footballer he continues to perform at an exceptional level for FC Porto and the Seleção. A tough, uncompromising, physical defender, he has written himself into the football annuls as one of the best centre-backs of all time.

During his career he has played for Marítimo, Porto, Real Madrid and Besiktas. Born and raised in Brazil, Pepe made the trip across the Atlantic as a teenager, making Portugal – specifically Madeira – his home as he honed his skills at Marítimo. He decided to play for the Portuguese national team and has made himself an icon of the Seleção, debuting in 2007, clocking up 121 caps and counting, and was considered by many Portugal’s Man-of-the-Match in the Euro 2016 final when the Seleção were crowned champions of Europe after a shock 1-0 victory over France in Paris.

During his 10-year stay with Real Madrid, he played 334 games, winning La Liga three times in addition to twice winning each of the Copa del Rey and Spanish Super Cups. Curiously, at FC Porto he mirrored the domestic silverware he won in Spain, winning three league titles, two Portuguese Cups and two Super Cups. This is not to mention three UEFA Champions Leagues and the aforementioned European Championship for his adopted country.

Rui Manuel César Costa, known simply as Rui Costa, is sometimes referred to as the last great pure Number Ten. Blessed with incredible vision and the technique to pull off outrageously creative plays, Costa was an elegant figure in the centre of the pitch, assisting his colleagues with wondrous passes, gliding past opponents, and finding the net himself on a regular basis, often with spectacular strikes.

He first came to prominence at Benfica but it was in Italy where he spent the lion’s share of a magnificent career, wooing Serie A football fans over 12 seasons, first at Fiorentina then at AC Milan. He rounded off his playing days by returning to where it had all started, playing at the Estádio da Luz for Benfica. Costa won league titles and cup competitions in Portugal and Italy and lifted the Champions League with Milan in 2002/03. He played 94 times for his country, and alongside Luís Figo was the standard bearer of the nation’s famous “Golden Generation” that lifted the World Youth Cup in 1989 and 1991.

We can’t complete our list before paying respect to one of the best Portuguese goalkeepers of all time – Vítor Manuel Martins Baía. He made his debut in Portugal’s senior team in 1990 against the USA in a friendly match and soon became a mainstay in the national team for over a decade, with his goalkeeping skills coming to the fore against Turkey in Euro 2000 when he stopped Arif’s penalty to lead the team to the semi-finals. He received the Footballer of the Year award in Portugal in 1989 and 1991.

For most of his career, Vítor stayed in FC Porto. He joined Barcelona for three seasons, then went back to Porto, where he retired and he is now an ambassador. His return to Porto coincided with the club’s most successful ever two-year period, under a young manager going by the name of José Mourinho. Baía was a key component in Mourinho’s great Porto team that won the UEFA Cup and Champions League in successive seasons in 2003 and 2004. In total Baía won an astounding 10 Portuguese Championships, the La Liga Championship, two Spanish Cups, two Spanish Super Cups, the UEFA Cup Winners’ Cup, 5 Portuguese Cups, 10 Portuguese Super Cups, the UEFA Super Cup, two Intercontinental Cups as well as the aforementioned UEFA Cup and Champions League.

These five are the most noteworthy among the best Portuguese football players of the current century. However, there are many players who others will argue should have made the cut, such as Ricardo Carvalho, Deco and Nani, not to mention stars of old who championed Portugal’s name in the sport in the 20th century such as Eusébio, Fernando Peyroteo and Mário Coluna.

Luckily for Portuguese football fans, great things await us as well. Without a doubt, past accomplishments and influential players are to be remembered, but there is no reason to feel less excited about things to come, with the Primeira Liga continuing to showcase the artistry and skill sets of Portuguese practitioners of the beautiful game.

Baia ? We are talking about the new millennium aren't we ? Ricardo Carvalho , Nani , Rui Patricio for his 2016 heroics and Deco are all ahead of Baia , other than that it's a good list.

Maybe you're too young to remember, but Baia is the 5th most trophied football player of all time.

Maybe you're too young to remember, but Baia is the 5th most trophied football player of all time.

Post- 2000 he has:
4 League titles
1 UEFA Cup (Europa League)
1 Champions League
not to mention the 6 other Taca's he won in that period

So, yeah, Baia is probably more deserving to be on this list than Rui Costa, based on silverware.

Its interesting due to his poor showing at all WC and Euro's Pauleta is never added to any best lists. He was a beast at club level and scored a respectable goal horde for Portugal during qualifying.

I understand Baia was mostly a...

Its interesting due to his poor showing at all WC and Euro's Pauleta is never added to any best lists. He was a beast at club level and scored a respectable goal horde for Portugal during qualifying.

I understand Baia was mostly a 90's guy but his greatest achievements happened in the 2000's and I am glad you included him. Scolari didn't like him so he refused to call him up and called Ricardo instead. The guy who didnt come off his line during the Greece final for an easy punch out...I like Ricardo and his PK was legendary but he is no Baia, not even close.

Valter
This comment was minimized by the moderator on the site

Even if he was playing before the 20ths Eusebio has to be there.

Oz
This comment was minimized by the moderator on the site

Just a small correction. V Baia only won once the intercontinental cup.

Joao Madeira
There are no comments posted here yet