A brief history of the origins of football in Portugal 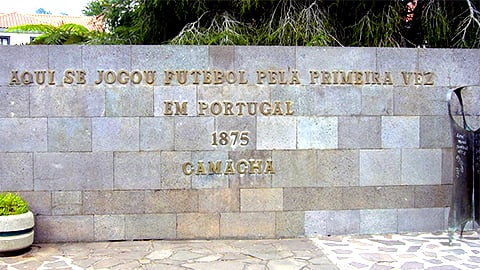 Portugal has a long and storied football history. The sport first arrived on Portuguese shores during the mid-to-late 1800s, when Portuguese students returned from England with a new-found love and passion for it.

The game quickly grew in popularity, spreading throughout the country, and soon became its most played sport.

Portugal has produced some of the most accomplished footballers the world has ever seen, most notably Eusébio, Luís Figo, and best of them all, Cristiano Ronaldo, born on the Portuguese island of Madeira. National team captain Ronaldo is still going strong at 37 years of age, scoring goals for Manchester United in the English Premier League, having broken just about every goal-scoring record in the book. He is one of the most popular players active today, and is a darling on football betting websites, like Novibet, which offers fantastic betting odds to its users.

But the history of football in Portugal goes back way before CR7, spanning a century and a half. Curiously, its first superstar player also hailed from the island of Madeira, FC Porto legend Pinga who was nicknamed “The Pearl of the Atlantic”, but that is not where the Madeira connection ends.

As stated above, the game was brought over from England by students who went to study abroad. A big name in the history of Portuguese football is Harry Hinton, who organised the very first official football game in Portugal in 1875. Again, Madeira plays a role. The game was held on the island at Largo da Achada, in Camacha. A commemorative wall has been built to mark the fact (pictured above). The game quickly spread throughout Madeira, and soon garnered notice among the residents of mainland Portugal.

Football in the Mainland

In the 1880s, the game of football hit Portugal’s continential shore. A name that stands out in the history of football in the country is Guilherme Pinto Basto, who along with his brothers brought the game to mainland Portugal. Basto organised exhibition matches in the late 1880s, which garnered major popularity and fame throughout the country, and various regional clubs were set up, which competed among each other through the decades.

It wasn’t until the early 1910s that the first National Association of Portuguese football was formed, when various leagues merged into one. Ten years later, the Portuguese Football Federation was created.

The Portuguese National Team was formed in 1921, but would have to wait decades to gain relevance on the world stage. The Seleção finally qualified for a FIFA World Cup in 1966, and it was a brilliant debut as the Eusébio-inspired team finished in third place. The nation would have to wait another fifty years, however, to finally win a major trophy, lifting the European Championship in 2016, with Eder scoring the winning goal in extra time to pull off a shock victory against hosts France in Paris.

Coach Fernando Santos would go on to lead the team to victory in the Nations League in 2019 and is still currently at the helm of the team. Portugal will take part in its eighth World Cup in Qatar later this calendar year.