French internationals who could have played for Portugal 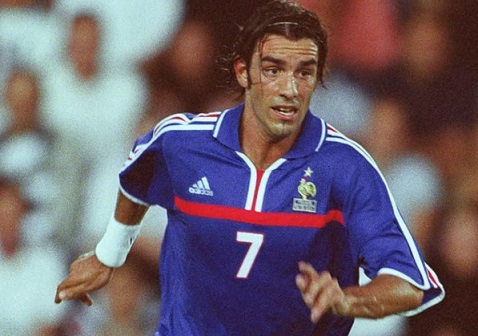 Over the years, there has been a close relationship between France and Portugal, the former country hosting a huge community of emigrants from the latter, which has resulted in lots of players having to make the decision of whether to play for Portugal or France.

While certain players, such as Adrien Silva or Anthony Lopes, have decided to represent the country of origin of their parents by playing for the Portuguese team rather than their country of birth, others have bowed to the allure of the French squad.

If you are looking for betting updates that will keep you informed about these players, then you are in the right place, as we will be discussing the top five French internationals who could have played for Portugal.

Top 5 French internationals who could have played for Portugal

Robert Pires might have been expected to play for Portugal due to the fact that his father, Antonio Pires, was a devoted Benfica supporter, and he attained a standing in the game that would have certainly been deemed good enough to represent the Seleção. He played for French clubs Metz and Marseille before joining Arsenal. Robert claims he never felt the urge to play for Portugal, and even if he was invited to play, there is a high chance he would have declined. And Pires can feel proud of his international career having won two Confederations Cups, a Euro, and a World Cup wearing the blue of France.

Antoine Griezmann is a French footballer who was born on 20 March 1991 to Isabella and Alain Griezmann. His grandfather, Amaro Lopes, was a former centre-back for Paços de Ferreira in the early 1950s. The Atlético de Madrid forward did not attempt to deepen his Portuguese roots on the football pitch, however. He naturally decided to represent France, with whom he won the 2018 World Cup.

Daniel Moreira is a former French striker born on 8 August 1977 into a Portuguese family. He was also a former striker for RC Lens, where he had a major impact, playing over 400 Ligue 1 matches. Nevertheless, Daniel Moreira says he is an astute watcher of Portuguese football, specifically FC Porto, whom he had the opportunity to play against in the UEFA Cup.

Kevin Dominique Gameiro was born on 9 May 1987 to a Portuguese background but also chosen to forsake the Selecão’s overtures in order to play for France. During a period when Portugal were struggling to field high-quality attacking players he was asked to come to play for them, but he declined, stating that he does not really have any ties with Portugal.

Corentin is a former French footballer who was born on 11 July 1969. He played as an attacking midfielder and is the current manager of the Libyan national team. Corentin Martins accumulated 14 caps in the French team after declining the invitation from the Seleção to play for them.

Looking at the list of players, I was not impressed. No big loss here for Portugal.

I think all of these players would have deserved to play for Portugal. Robert Pires and Antoine Griezmann would have been outstanding. Kevin Gameiro would also have played many games for Portugal (as a starter) because of lack of options at the...

Read More
Joao Madeira
There are no comments posted here yet