PortuGOAL Figure of the Week: Belenenses' excellent run continues with Licá at the double 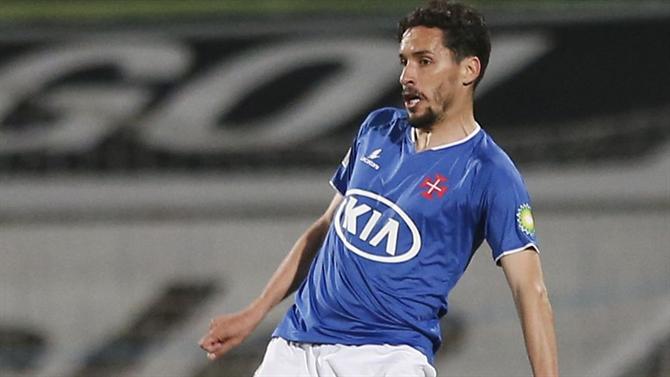 The final Liga NOS weekend before Christmas provided a healthy supply of goals and excitement across the country. Porto beating Rio Ave 2-1 to stay top of the division, while two fellow title challengers in Benfica and Braga met in a goal-packed match in the former’s favour.

One of the most exciting games of the round came at the national stadium Jamor where Belenenses continued their fine recent form with a 5-2 thumping of Aves. Portuguese attacker Licá was instrumental in the triumph, and is PortuGOAL’s Figure of the Week.

Licá is an experienced customer in Liga NOS having represented the likes of Porto, Vitória Guimarães and Estoril in between a couple of spells in England and Spain, featuring for Nottingham Forest in the former and Rayo Vallecano and Granada in the latter. His versatility in attack and leadership qualities have been a key feature of Belenenses’ recent revival domestically, helping them go 8 games unbeaten in the league.

The 30 year old is able in all positions in the attack but he is most comfortable cutting in from wider positions in an advanced role, and it was from these areas that he caused all manner of issues to the Aves defence on Saturday evening.

Aves had taken a very early lead inside a minute in Jamor but the hosts responded very quickly, Licá acrobatically volleying in a loose ball from the edge of the box to make it 1-1.

The goals continued to flow as the match was tied at 2-2 at the break. Not long into the second half an own goal had given Belenenses the lead, before they extended their advantage in the 68th minute. Licá again doing the damage, thumping a fine finish past André Ferreira after latching onto skipper Gonçalo Silva's excellent pass.

After a troubled summer off the pitch, Belenenses have been arguably the season’s most improved side considering the lower expectations many had of them off the back of their well documented issues. After a middling start, they have now not tasted defeat in Liga NOS since late September, and that was against what has been a very strong Braga side.

Licá might not have pulled up many trees in his spell in England with Nottingham Forest but he’s flourishing under Silas in Portugal, given a sense of freedom in attack that is bearing fruit. Belenenses qualified for the Europa League back in 2014/15 and if this level of form is maintained an unlikely repeat could be on the cards in May.