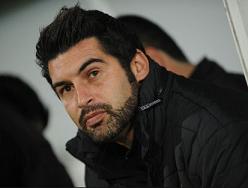 Club football in Portugal always throws up more than its fair share of unpredictable events, excitement and topics for discussion, and the 2014/15 season has been no different.

With the Primeira Liga schedule to resume after a three-week break, PortuGOAL takes a look at five talking points emerging from the first third of the campaign. 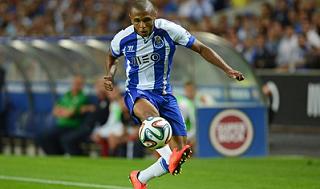 The close season brought the usual influx of foreign players into Portugal’s top flight. The “signing of the summer” is a closely contested competition between Porto’s Yacine Brahimi and Benfica’s Anderson Talisca. Both players have been outstanding for their new clubs. The Algerian has netted four times and provided two assists in the Champions League, and has proved almost impossible to defend against with his mesmerising dribbling, accurate passing and crossing and lethal shooting. Talisca has shone brightest in domestic matches, and currently tops the Liga goalscoring chart with 8 goals in 10 games, a remarkable return for a 20-year-old who plays in midfield. Sporting also brought star quality into their squad in the shape of the returning Nani, and the Manchester United loanee has been every bit as impressive as Brahimi and Talisca. Seven goals and nine assists in 15 games cannot be argued with.

Beyond the big three, Braga appear to have acquired a gem of a goalkeeper in 22-year-old Brazilian Matheus Magalhães, while Nigerien striker Moussa Maazou has made the most of his switch from Vitória Guimarães to Marítimo, hitting the net 7 times, accounting for 47% of the Madeira team’s goals so far this season.

As for the flops, two expensive acquisitions immediately stand out. Porto paid €11 million for 60% ownership of Adrián López from Atletico Madrid, but the Spanish forward has been little more than a ghost in the few opportunities afforded to him so far. Benfica also splashed out by Portuguese standards, spending €10 million on Greek midfielder Andreas Samaris. The long-term injuries to Ruben Amorim and Fejsa appeared to clear his path into the team, but the player has so far singularly failed to fill the Matic-shaped hole at the base of Benfica’s midfield. 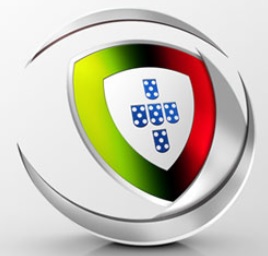 Portugal’s top division is often seen as two leagues within a league, split between the traditional “3 Grandes” and the rest. This season has brought a pleasant surprise with several of the lesser lights occupying the leading positions in the table and showing no fear when facing their more storied, wealthier opponents.

Leading the way is Vitória Guimarães, who deservedly lie in second place with a superb 7-2-1 record from their 10 matches, which includes a draw against Porto and a comprehensive 3-0 dispatching of Sporting. Belenenses and Paços de Ferreira have also exceeded all expectations, the latter’s record especially impressive given that they have already played the big three but stand in sixth place. Not that the job Lito Vidigal has done at Belenenses should be underestimated. After last season’s relegation battle nobody would have predicted the Azuis would be in the lofty position of 4th at this stage of the season, just five points behind leaders Benfica.

Sérgio Conceição appears to be bringing the good times back to Braga. The Arsenalistas are the only team to have beaten champions Benfica this season and are well placed to fight for a return to Europe.

Boavista’s surprise draw at the Estádio do Dragão is more indication that whatever the match-up, when the referees blow for kick-off at Primeira Liga grounds up and down the country, it is difficult to predict the outcome of the game. Whether that is a sign of a rise in the overall quality of the league is debatable (for more on this topic listen to PortuGOAL podcast 89). You could argue that the top teams are weaker this year. But what is undisputable is that there is fierce competition within the Primeira Liga, making for a much more interesting and enjoyable competition.

After a nightmare experience at FC Porto, coach Paulo Fonseca returned to the club where he made his name and it has once again proved to be a match made in heaven. Implementing the same brand of classy passing football that caught the eye so vividly when guiding Paços to their best ever 3rd-place finish in 2012/13, Fonseca has already gone a long way to repairing his reputation as one of Portugal’s best young coaches.

The way he has galvanised that rarest of breeds, a Portuguese striker in the form of Bruno Moreira, as well as talented midfielder Sérgio Oliveira, is especially worthy of note.

Fonseca now has the incredible record at Paços of having lost only to Benfica and Porto in 40 Liga games at the helm of the club. Don’t rule out another tilt at European qualification by the Castores. 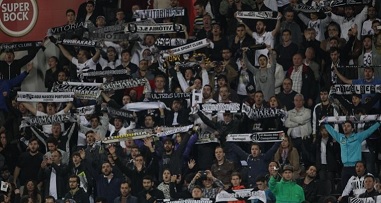 The aptly named Rui Vitória continues to do an outstanding job at Vitória Guimarães. Not satisfied with guiding the club to its first ever Portuguese Cup triumph two years ago, the coach has again built an enterprising team full of energy and zest at next to no cost. His achievement is all the more remarkable given that the average age of the team throughout the season has been 22/23.

Youngsters João Afonso (Portuguese centre-back), Bernard Mensah (Ghanaian midfielder) and Hernâni Fortes (Cape Verdean forward) have been performing well beyond what one could reasonably expect given their lack of experience at this level, and will surely bring in big transfer fees not too far down the line. Midfielder André André – a veteran in this side at 25 years of age – orchestrates play masterfully in the centre of midfield.

Vitória are currently in second place, two points behind leaders Benfica, and showing little sign of wilting. Another historic season under Rui Vitória looks on the cards.

End of the trigger-happy culture? 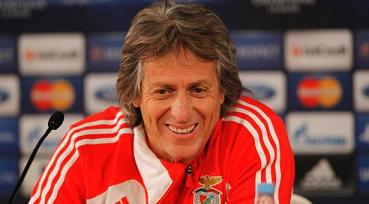 In seasons past it would not be unusual for as many as half of the top-flight clubs to have changed their coaches after ten games of the campaign. But the temptation to pull the trigger after the first poor result seems to be a thing of the past.

Among the 18 top-flight coaches, only two, João de Deus at Gil Vicente (replaced by José Mota) and Ricardo Cheú at Penafiel (replaced by Rui Quinta) have been sacked, both within the first four games of the season. Coincidence or not, the two clubs are occupying the final two spots in the table.

It has taken a long time, but perhaps club presidents have learned the virtue of being patient with their head coach. One need only look at the examples of Benfica (currently top of the league) where Jorge Jesus is in his sixth successive season, and Vitória Guimarães (currently second in the standings) where Rui Vitória is in his fourth successive season, to see the merit of such a philosophy.

Glad to see Paulo Fonseca redeem himself. Good coach, but Porto was just not a good fit for him.

Adrian Lopez has definitely disappointed but Porto is so deep this year, it was always going to be hard to make an impact.

"You could argue that the top teams are weaker this year. "
I couldn't agree more. Porto brought on a new coach with a slew of new players. Benfica's quality has diminished due to transfers and effort. Sporting is finding it harder to maintain...

"You could argue that the top teams are weaker this year. "
I couldn't agree more. Porto brought on a new coach with a slew of new players. Benfica's quality has diminished due to transfers and effort. Sporting is finding it harder to maintain then it thought.
I like the quality that Porto has brought in and should PdC remain patient, I think it will pay off. The key will be the finances allowing him to remain patient. I also feel that Adrien Lopez hasn't had the opportunity due to Jackson Martinez remaining at the club. By all accounts Martinez has only remained due to the poor offers. That could chance as soon as January.
Benfica, in my opinion, has been poor and only other clubs deficiencies have allowed it to stay up top the league. Talisca has been a wonderful find, but all other transfers have failed to impress. That along with players once again expecting to leave or downturn in quality, it could get ugly with European play being done and dusted.
Sporting has found it tough to remain up top the league. In my opinion, transfers have also been sketchy. Nani could prove to be enough quality for Liga Sagres, but he was always a stopgap. I also think that although BdC was exactly what Sporting needed, in terms of getting the fans back, all the nonsense will wear thin soon. Him going after Godinho for questionable transfers is ridiculous. Can the next president go after BdC for the Shikabala? Regardless, Portugal needs a strong Sporting, so I hope a top 3 is possible.
Guimaraes has the fourth largest following in Portugal, sorry Braga fans. I'm happy for them, as long has they don't attack the staff and players once again. Their crazies are as bad as Benficas, Portos and Sportings.
Very happy for Belem, but it could all be a mirage. Braga is trying to reload, so we'll see. Boavista staying up will be a miracle.

By the end, I hope that the Big 3 will look and be strong for next seasons CL campaign and that we finally have some better stable quality in Europa. The coefficient will take a beating this campaign.

Talisca is promising but still very raw. His minimal impact in CL is evidence of that. Adrian has been terrible even when given opportunities. A horrible purchase by Porto. I think Martins Indi has been a revelation in defense. Brahimi's...

Talisca is promising but still very raw. His minimal impact in CL is evidence of that. Adrian has been terrible even when given opportunities. A horrible purchase by Porto. I think Martins Indi has been a revelation in defense. Brahimi's brilliance is overshadowing him but he's been equally impactful in defense.

Good to see Braga and Guimaraes do well. Hopefully they can maintain their players and level of play so Liga clubs can represent better in the Europa League next year.

Read More
Nelson Oliveira
There are no comments posted here yet