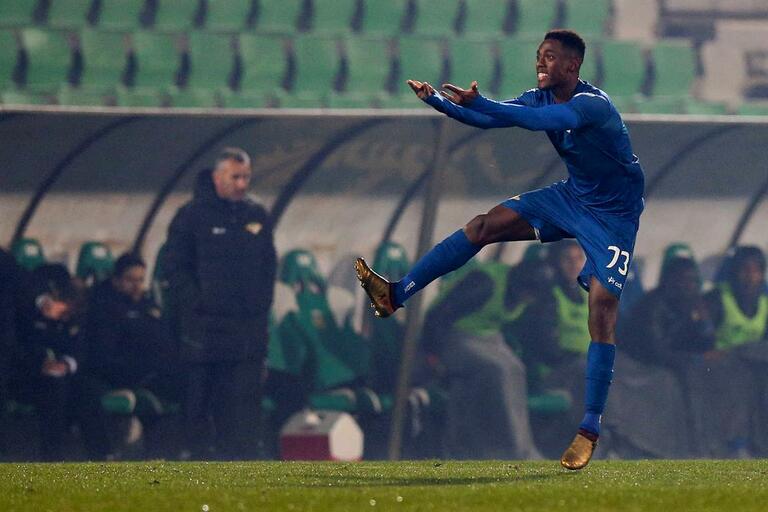 The first Liga NOS round of 2019 didn’t bring too many goals but rather a number of nail-biting encounters that saw a couple of expected victors in Porto, Sporting and Braga, as well as unlikely defeats for Santa Clara and Benfica at the hands of Tondela and Portimonense respectively.

This edition of Figure of the Week though focuses on a player who struck two important goals to down Rio Ave on Wednesday night, as Moreirense continued their quietly impressive season, Heriberto Tavares their star man in Vila do Conde.

Heriberto is a young talent that has arrived at Moreirense on loan from Benfica this season. The 21 year old had grown up in Sporting’s youth setup, before moving to their Lisbon rivals (via a spell with Belenenses). He is yet to make the grade with Benfica’s seniors, playing for the B team last term, but he is sure to be catching the eye of the top brass at Estádio da Luz after a very good start to the season with Moreirense.

Comfortable anywhere across the front three, Heriberto has predominantly been used on the wings by Ivo Vieira this season in order to take advantage of his wiry frame and quick pace, but it was when placed centrally against Rio Ave that he showed how versatile and effective he can be leading the line.

Rio Ave led at the break on Wednesday night through yet another Carlos Vinícius goal, but the game turned around completely in the space of 3 second half minutes.

In the 65th minute Heriberto saw a shot from distance fly narrowly over Leo Jardim’s crossbar but 60 seconds later he found his target. The Moreirense forward pounced on some slack defending from the home side to round Leo and slide the ball into an empty net for the equaliser.

Moments later Heriberto displayed excellent composure in front of goal once more to find the corner with what would prove to be the winning goal. The 21 year old also involved in the buildup too, a lovely one-two with the impressive Chiqiunho creating the opportunity.

Moreirense rose to 6th place with the victory, continuing their quite remarkable campaign in which they have far exceeded expectations of them. Wednesday’s win was their 8th of the league season, a statistic only the top four can better.

On current form Heriberto is looking quite a player at this level, and one of many young players on Benfica’s books that are catching the eye when getting the chance. A January recall to his struggling parent club is not out of the question at this rate.