Portugal’s “Game of the Year” in Lisbon’s bottom division 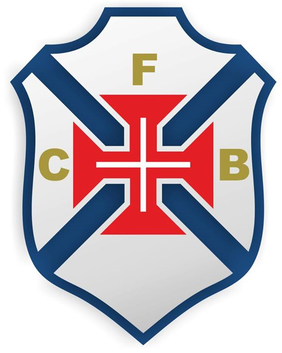 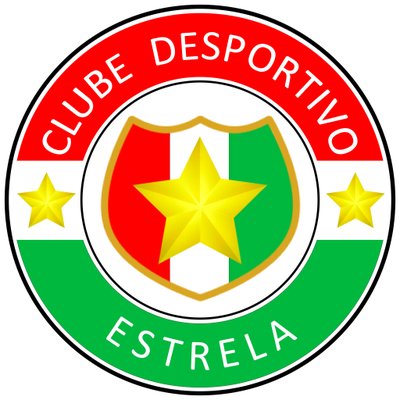 The “game of the year” happened in Portugal this weekend in Lisbon’s lowest division. Amadora's CD Estrela took on CF Os Belenenses at the Estádio José Gomes in a game that harked back to a simpler time in football.

The match finished a goalless draw but the meaning of this game went much further than the final result.

It was billed as the “game of the year”, or so said the cover of the €1 match day programme for CD Estrela v Belenenses. Whilst it may not have had the glamour of a clássico between the big three, it certainly had one of the best atmospheres to be heard in Portugal all season, as well as a history and a novelty like few other recent matches.

Over 5,000 people made it to the Estádio José Gomes for what felt more like a social movement than a football game. To see the old stadium, the terrible pitch, the passionately boisterous fans, and to feel the atmosphere in the ground was like a trip back in to a time before football meant sportswashing, teenage millionaires, and super agents. It really was the antithesis to modern football in 2019.

So how did we come to this? Two of Lisbon’s grand old clubs playing at the very bottom of the football pyramid, in the bottom league of the Lisbon district. Both teams have gone through some drastic and dramatic changes in recent years.

Clube de Futebol Os Belenenses has recently split from the SAD, the sports PLC part of the club (at around the same time the SAD team were hosting Vitória SC in a once again near-empty Estádio Nacional in Oeiras in the Primeira Liga). The story of Belenenses’ troubles in their centenary year and how they got here is a complicated one, but you can read about it in detail here.

Nevertheless, the Belenenses fans like to say that their support has no division and that was evidenced by one end of the Estádio José Gomes full of loud Belenenses fans who never stopped singing.

Meanwhile, it has been almost a decade since Estrela da Amadora last played a game in the top flight, a loss away to Rio Ave on the 23rd May 2009 to be exact. That season saw them finish 11th place in the Primeira Liga. However, due to a myriad of accumulated debts and financial mismanagement they were banned from participating in professional football. This ban meant an automatic expulsion from the top two tiers of Portuguese football and thus demotion to what was then the third tier. Coincidentally, this saved Belenenses from relegation that season, although it only gave them an extra year’s reprieve.

Bankruptcy and the end of the line

The third tier didn’t treat Estrela too kindly either. Their finances were so bad that they were kicked out of the Taça de Portugal, a trophy they had won in 1990, for failing to pay the registration fee of their players. Their finances did not improve and eventually in 2010 they were declared bankrupt. It was the end for a famous club that had existed since 1932. A club that had given football the likes of Jorge Andrade, Miguel, and Abel Xavier and that had been managed by the likes of Fernando Santos, Jorge Jesus. Even José Mourinho had been an assistant coach there under Manuel Fernandes.

Formed in 2011, Clube Desportivo Estrela are the phoenix club to rise out of the ashes of Estrela da Amadora. They initially focused on youth football, something that had been so important in the past as well as on other sports entirely. It is only in 2018 that they were ready to embark on a senior football team project, although surely they didn’t think they would be facing a club like Belenenses so soon.

The last time Estrela da Amadora met Belenenses was a 2-2 draw at the Restelo in 2009. There were some familiar names that day. For Estrela, Silvestre Varela was in the line-up who was months away from his move to Porto and would go on to earn 26 Portugal caps, and Nuno André Coelho, who would end up at Sporting. Belenenses had Silas in midfield that day, who is currently impressing as the coach of the Belenenses SAD side in the Primeira Liga.

There weren’t as many familiar names at the Estádio José Gomes on Sunday for the “game of the year”, although Abel Xavier was watching his former side from the stands. 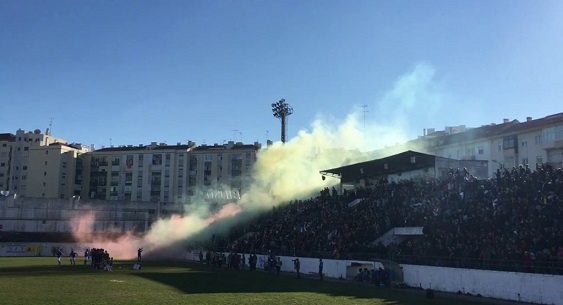 This match had been scheduled for a traditional 3pm start, but kicked off late as police weren’t ready to open the doors on time, leading to queues stretching around the stadium and into the surrounding streets of Amadora, one of Lisbon’s less fashionable suburbs. Even 15 minutes after the game eventually started, fans were still flocking inside the stadium - at least they didn’t miss too much action on the pitch.

As much as the surroundings felt like they were harking to a bygone time in football, so too did the action on the field. The bouncy and patchy surface wouldn’t have been out of place in a Sunday league game. This in fact helped Estrela against the superior quality of Belenenses, who struggled with their touches and passes on an unpredictable pitch.

Notwithstanding, there were some displays of real quality, most notably through Belenenses’ attacking full-back Jorginho who was a constant threat to the home side. Estrela’s captain Timmie did well in midfield and goalkeeper Bernardo Vunge impressed too.

The game was only marred by some roughhousing by baton-wielding police of a few Belenenses fans midway through the second half while the match itself finished 0-0, a fair result. Historically, a draw is the most common result between these two teams so perhaps it was a fitting finale. Estrela will surely be very happy to have been the only club to take points from an all-conquering Belenenses side this season.

The only way is up

What next for these two sleeping giants of Portuguese football?

For Belenenses, they are certain to win promotion with ease and it will be interesting to see how they shape up against stronger sides in the coming seasons.

Estrela currently sit 7th in the league, some 7 points away from a promotion play-off. It would be a tall order for them to pull it off, but for now fans will just be happy to finally see football return to Amadora. Should they continue to draw crowds like they had today, they stand every chance of returning to their former status.

This is why I love Portugal. Articles you wouldn't find anywhere else. I am saddened by what happened with Belenenses but this article makes you realize people still care about their local teams. Awesome stuff.

MT05
This comment was minimized by the moderator on the site

Thanks for the article ?