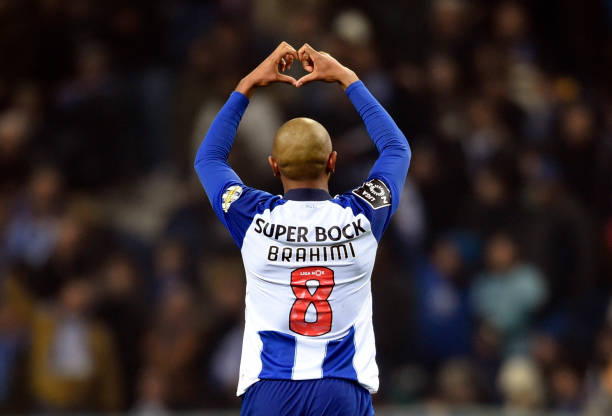 FC Porto have pulled six points clear at the top of the Primeira Liga table after Tondela produced the upset of Matchday 16 with a 2-1 win against Sporting, formerly in second place.

The Lions’ second consecutive away defeat saw them concede ground to the Liga NOS holders, who in response were able to dispatch Nacional with a 3-1 win at the Estádio do Dragão and extend their record winning run to an 18th victory in a row in all competitions.

Elsewhere, there was a win for manager-less Benfica, under Bruno Lage’s supervision, after coming back from two goals down to defeat Rio Ave 4-2, meanwhile Sporting de Braga skipped past Boavista with a 1-0 victory to climb back up to second place. PortuGOAL brings you up to speed with that latest in Primeira Liga action.

As the hunt for a new manager ensued in the background following Rui Vitória’s sacking, there was plenty of intrigue surrounding the two-time league champion’s more immediate replacement, Lage, formerly in charge of Benfica B.

Despite a positive start at the Estádio da Luz, the new man in the hot seat was handed a mountain to climb after Gabrielzinho opened the scoring for Rio Ave in the 17th minute, just minutes before Bruno Moreira doubled the visitors’ lead with a headed goal.

A cute finish from close range by Haris Seferovic in the 27th minute ignited the comeback, however, as young João Félix made it 2-2 just past the half-hour mark, with the Swiss striker again involved.

Into the second period, Alejandro Grimaldo came close to turning the game on its head after slaloming past much of the Rio Ave defence before striking the post in the 48th minute. The Spanish full-back would later play a hand in the third, as João Félix popped up at the near-post to turn in the defender’s low cross after 64 minutes.

With 20 minutes to go, Seferovic was on hand to kill the game off, courtesy of Pizzi’s weighted through ball, with a composed left-footed finish into the far corner, as Benfica bounced back from last week’s debacle with a 4-2 win.

In a season that sees Braga refuse to exclude themselves in the race for league glory, the ‘Bracarenses’ were tasked with following up Wednesday’s victory over Marítimo with another home win, this time against rivals Boavista, to keep apace with those around them.

Jorge Simão’s side appeared to bring their A-game early, however, as they neared the opener in the 12th minute as André Claro’s shot just wide from a one-on-one position.

The striker’s miss was to be punished at the other end, prior to Boavista’s failure to clear their lines from a long throw-in, enabling Ricardo Horta to put Braga a goal ahead in the 24th minute with a left-footed volley across goal.

Strong saves from Braga’s Tiago Sá and Boavista shot-stopper Helton Leite kept the score at 1-0 throughout the remainder of the encounter, as Cardoso’s second yellow card late on sealed the Black Panthers’ fate at the Estádio Municipal, pushing the hosts back up to second in the league table.

Coming into Matchday 16 in second place, Marcel Keizer’s men risked dropping down as far as fourth without a win against lowly-placed Tondela, given the results acquired by Braga and Benfica.

Pepa’s side had just that in mind, taking the lead as early as the 7th minute through Juan Delgado’s header before shutting up shop for the remainder of the first half, as the Lions looked short of inspiration against a rigid Tondela side.

The picture repeated itself in the second half before a second yellow card for Jaquité, reducing Tondela to ten men, promised to breathe life into Sporting in the 51st minute.

Tondela maintained their structure, however, with the home fans marvelling at Tomané’s finish with the outside of his boot to make it 2-0, as his effort nestled out of Renan Ribeiro's reach and into the top corner in the 74th minute.

Jeremy Mathieu was on hand to claw a goal back for the Lions in the 76th minute, but the goal would come alone, as Keizer succumbed to his second defeat as Sporting manager to drop back down the league table.

Following Sporting’s defeat away from home, a win for Porto, hosting Nacional at the Estádio do Dragão, would see the Dragons stretch their lead at the top of the Primeira Liga table to six points, ahead of second-placed Braga.

A destabilising run in behind from Jesús Corona came close to setting up the first for Porto in the 7th minute, as the Mexican fed Moussa Marega inside the box prior to the Malian striker forcing a save out of Daniel.

At the other end, Danilo Pereira almost gave the visitors the lead with a cross he knew very little about, with his deflection floating just wide of Iker Casillas’ goal.

Yacine Brahimi made all the difference in the 33rd minute when squeezing a finish just under Nacional’s keeper for the opener, just moments before Tiquinho Soares made it 2-0 with a looping header from Corona’s cross.

Bryan Rochez emerged to make it 2-1 prior to half time, but victory for Porto was later secured by Brahimi in the half-space, solidifying the Dragons’ lead at the top of the table and taking Sérgio Conceição’s men up to 18 consecutive victories in all competitions.