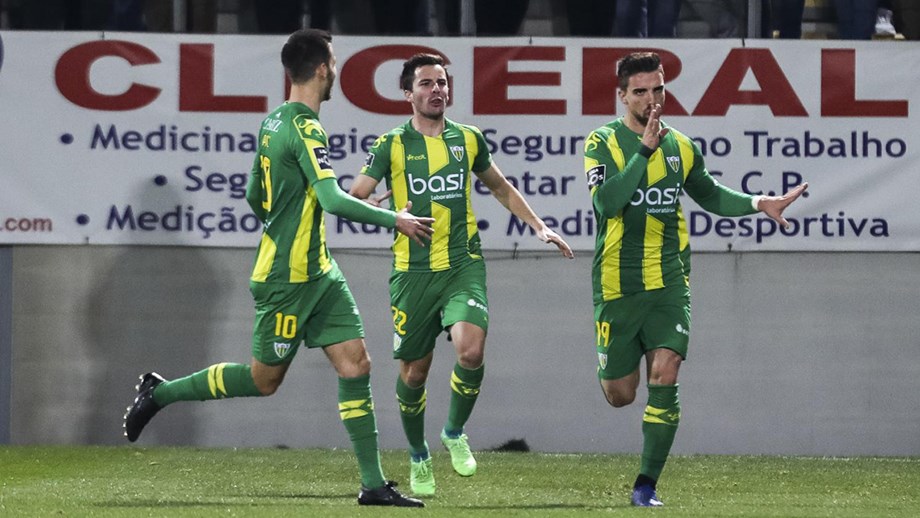 Week 16 of Liga NOS produced some interesting encounters as Porto continued their remarkable winning streak with victory over Nacional, Benfica came from two goals down to defeat Rio Ave and Belenenses and Moreirense each picked up valuable wins to maintain their fine runs of form.

The shock result of the weekend came last night though as Marcel Keizer’s Sporting fell to defeat against a Tondela side that have massively improved of late. Striker António Tomané was instrumental in taking down the Lions and he is PortuGOAL’s Figure of the Week.

Tondela have had a difficult season for the most, struggling nearer the bottom of the table after exceeding all expectations to survive the drop with ease in 2017/18. However the side are now on an impressive run of 3 victories in a row, and 27 year old forward António Tomané has been a key part of this success.

Tomané is an effective targetman, who may not be as prolific in front of goal as others in the division but few can match his workrate and desire. That said, his goalscoring has picked up of late with 4 goals from his last 6 matches, making it 6 scored for the season.

It was all of the above qualities that were on display at Estádio João Cardoso as Tondela upset what has mostly been an excellent Sporting side under their new management. Tomané never gave centre-backs Sebastián Coates and Jérémy Mathieu a moment’s peace with his movement, pressure and aerial prowess.

Tondela were in front very early on thanks to a goal from Chilean winger Juan Delgado, but early in the second half it looked quite ominous for the hosts after they were reduced to 10 men thanks to a second yellow card for youngster Jaquite.

[Watch Tomané’s wonder goal by clicking on the screen below]

A Sporting attacking onslaught followed, but it was Tondela who would double their advantage against the odds in the 74th minute. A sloppy loss of possession from Marcos Acuña gave the ball to David Bruno, and he found Tomané in space but seemingly with little on. However, the Tondela forward produced arguably one of the goals of the season with a sensational strike from the edge of the box with the outside of his right foot.

Sporting did hit back with a goal from Mathieu but Tomané’s Ricardo Quaresma-esque strike ultimately proved enough to secure a fantastic win for Pepa’s team.

[Watch the match highlights by clicking on the screen below]

Their third straight Liga NOS triumph (and fourth in all competitions) was enough to lift them to 12th spot in the table, and more pertinently 6 points clear of the relegation zone.

In many ways a player like Tomané epitomises the Viseu-based club: the level of quality to compete at the higher end of the league may not always be there but few sides can equal the heart and commitment they nearly always show, qualities that helped them famously survive relegation two seasons running in 2015/16 and 2016/17.

Tomané struggled in a couple of loan spells abroad in the past couple of years in Germany and Greece but back on home soil he is showing his best form once again.

Tomané has really come into his own at Tondela. It's amazing what a difference it can make to put a player in the right role.