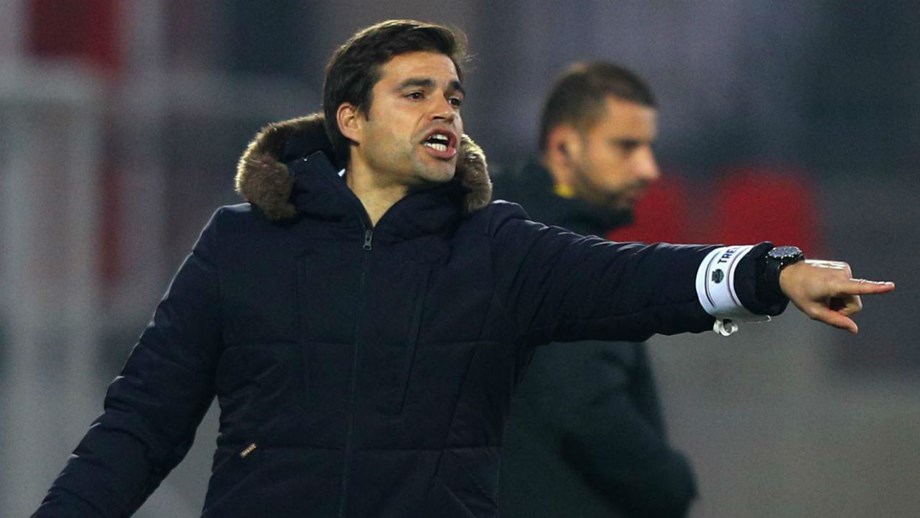 Liga NOS officially reached the halfway point this weekend in a round of matches that was ultimately a little short on goals and excitement. Sporting and Porto weren’t able to raise pulses too high in drawing their ‘Clássico’ 0-0, a result that Benfica were able to capitalise on by beating Santa Clara 2-0.

In truth there has hardly been a plethora of candidates on the pitch for this edition of Figure of the Week, so in that sense it’s fitting that the accolade goes to a coach, new Chaves boss Tiago Fernandes registered his first league victory in charge of the team with a vital win over in-form Tondela.

Having secured a 6th place finish in Liga NOS last year, and making some wise investments in the transfer market over the summer, optimism around the Chaves camp was high to go one further in 2018/19 and really challenge for a European spot. However, the campaign has been disastrous in this context, largely occupying the relegation zone since August, a run of only two league wins prior to this weekend enough to cost Daniel Ramos his job back in December.

Hired in his stead was the unproven Tiago Fernandes, a Sporting youth team coach who did at least come into the Chaves job off the back of a successful, if brief spell as interim manager of the Lions’ senior side, occupying the space between José Peseiro and current boss Marcel Keizer.

What Fernandes lacks in experience he makes up for in a positive mindset from himself that is instilled through the team, and he has already shown he is not afraid to implement new tactical systems quickly.

Chaves mostly set up in a 4-3-3 under Ramos previously to an aforementioned lack of success. Fernandes immediately switched to an attacking 4-4-2 for his first game in charge against a high-flying Moreirense side, but fell to a 2-1 defeat. Subsequent defeats, which in turn saw a reversion to 4-3-3, did not put Fernandes off the idea though and it was with two central strikers in place that the northerners downed Tondela in Sunday’s early evening encounter.

After weathering an early Tondela storm, Fernandes’ tactics began to bear fruit as newly-acquired wingers Luther Singh and Rúben Macedo began to support the front pairing of André Luis and William more effectively. Indeed, it would be two of the aforementioned quartet that would be integral in Chaves taking the lead in the 20th minute. Macedo shrewdly won a penalty, inviting contact from Tondela defender David Bruno, and while Marcão’s penalty was saved, André Luis followed up to bury the rebound.

Early in the second half Chaves doubled their lead with what would prove to be the winning goal. Again the added firepower in attack selected by Fernandes paid off, and the loan signings combined to devastating effect. Macedo led a counter-attack, finding Luther Singh, who in turn found the net by beating Cláudio Ramos at his near post with a precise low effort.

The concession of a stoppage time penalty that was converted by António Tomané was far too late and Chaves secured only their third victory of the season in Liga NOS.

A late December Taça da Liga victory over 2nd tier side Varzim looks to have proven the catalyst for noticeable improvement in Fernandes’ tenure. While they remained winless in the two league matches that followed, clear progress was made with back-to-back clean sheets in creditable draws with Feirense and Vitória Setúbal, so it’s not just the attacking area of the team that the new manager has improved.

Fernandes is not afraid to make big decisions in terms of the first XI either, previous incumbent players like Ricardo Nunes in goal and Luís Martins at left-back have been axed in favour of António Filipe and Djavan respectively, both of whom were excellent at the weekend.

Fernandes is only 37 years old but clearly is another Portuguese coaching talent to follow over the coming years.