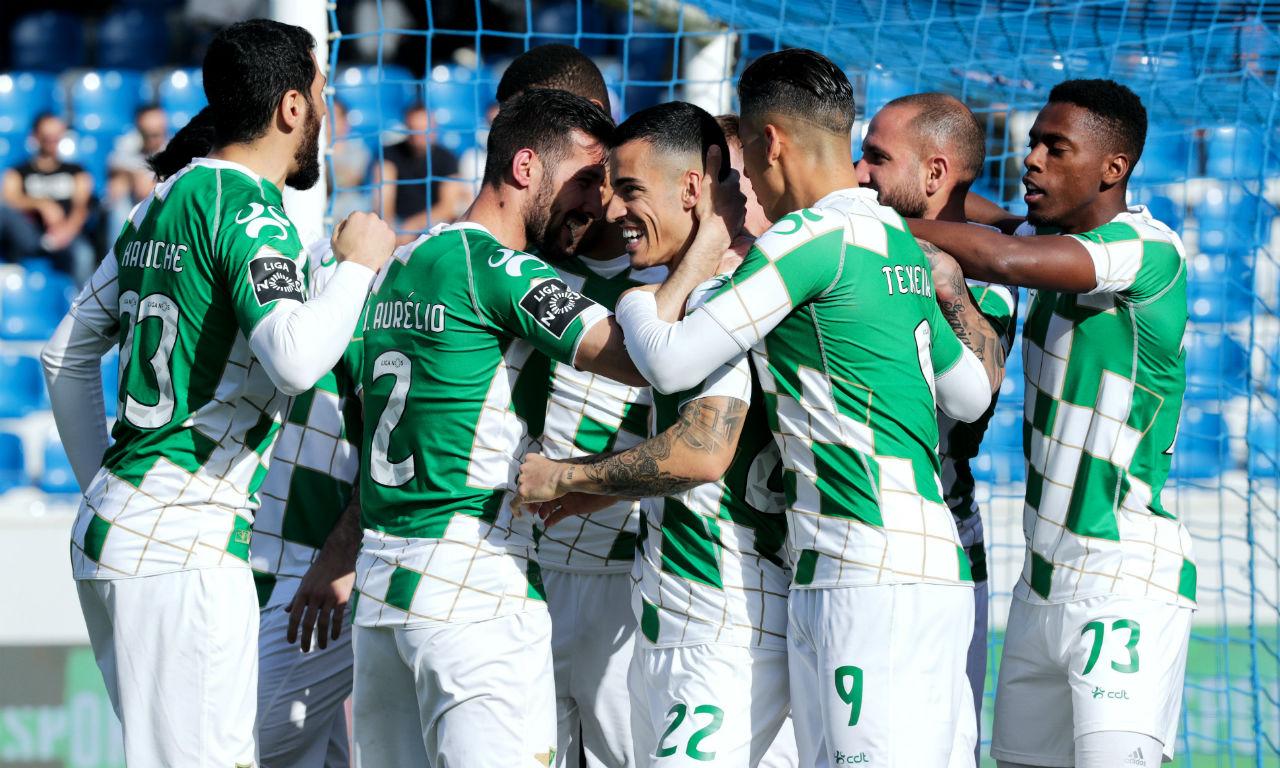 A couple of shock results in Round 23 of Liga NOS look to have narrowed the title contenders to a two-horse race, Sporting dropping points at Maritimo while Belenenses produced the result of the weekend in beating Braga.

Benfica and Porto took advantage by picking up routine wins but the stand out individual performance came from Ivo Vieira’s extremely impressive Moreirense side. Their star player Chiquinho was on top form once again in a 3-1 victory at Feirense.

23-year-old Francisco Leonel Lima Silva Machado, otherwise more simply known as “Chiquinho”, began his career with current 2nd tier side Leixões, and after spells with Academica, and a loan move to NK Lokomotiva in Croatia, made the move to giants Benfica last summer. He never ended up representing the Lisbon side though, very quickly being snapped up by Moreirense and the midfielder has flourished ever since.

At his best through the middle in attacking areas, Chiquinho can also drop a little deeper in central midfield if needed. Technically, he really seems to boast all that is necessary, an excellent passer of the ball, outstanding close control, and a good shot from distance too.

The latter quality was evident as early as the first minute in Saturday’s defeat of struggling Feirense. 49 seconds to be precise was all it took for Chiquinho to make an impact, spinning past Aly Ghazal on the halfway line, before driving towards the penalty area and finishing past André Moreira.

Chiquinho’s direct runs through the middle and passing was continuing to cause problems after such a lightning start and he played his part in Moreirense doubling their lead. Just before half time he ran through the heart of the Feirense midfield again, and laid the ball off for Arsenio Martins to curl a stunning effort into the corner for 2-0.

After scoring 49 seconds into the first half, Chiquinho positively dawdled in the second half, this time taking 55 seconds to get himself on the scoresheet once again. Moreira made a mess of Heriberto’s cross into the box, and Chiquinho pounced to put the game beyond Feirense.

Feirense did threaten a comeback late on, pulling one goal back and being denied by VAR on two separate occasions, but ultimately it was a comfortable win for Moreirense, who march on in 5th place.

It’s been quite a season for the team are exceeding expectations to say the least. The business to bring in Chiquinho has proved inspired, far and away their player of the season so far, contributing 7 goals and 7 assists from midfield but also offering so much more tactically. One imagines Benfica are just double-checking the numbers on any buy-back clause in his contract, don’t be surprised to see them enquire this summer.