PortuGOAL Figure of the Week: Kikas on form again for impressive Belenenses 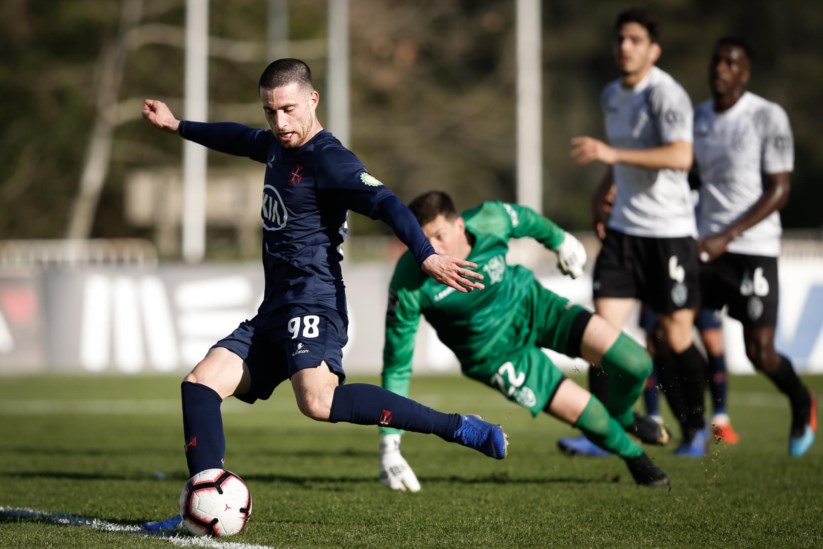 A dramatic Week 24 of Liga NOS saw the title pendulum swing Benfica’s way after their victory over Porto in the Clássico, while Braga and Sporting consolidated their positions in the top four with wins of their own.

Down at the bottom of the table though the picture is looking distinctly bleak for Feirense, who look doomed to relegation after a 4-0 thrashing away at Belenenses. The home side were inspired by a two goal showing from Kikas, PortuGOAL’s Figure of the Week.

João Diogo Alves Rodriguez a.k.a. “Kikas”, came through Vitoria Guimaraes’ academy, moving to Belenenses last summer after a spell with Benfica e Castelo Branco in the lower reaches of Portuguese football. Making a huge step up, the 20-year-old has had to bide his time and make do largely with appearances off the bench this season, but of late has managed to capitalise on a striker crisis at the club.

A recent injury to Brazilian forward Henrique, coupled with a hefty ban for Alhassane Keita and long term injury problems for Tiago Caeiro, has meant that Belenenses manager has turned to Kikas and he has been handsomely rewarded in the previous two matches in particular.

After starring alongside Líca in attack in a stunning win away at Braga last week, the pair’s partnership blossomed again in a convincing victory over beleaguered Feirense on Saturday afternoon. Feiresne look down and out, but with an almighty fight ensuing to avoid the other two relegation spots, pedicting the who will fall out of the Liga NOS and other free betting tips could prove profitable.

The home side had taken an early lead through Jonatan Lucca, and nearly doubled their advantage in the 24th minute when Kikas took aim from range, although his shot drifted wide of the target.

Kikas was on the scoresheet 10 minutes later though, finding space in the box to head in Diogo Viana’s cross from close range.

If his first goal was simple enough in its execution, Kikas’ 2nd of the afternoon was a memorable one. In the 66th minute, Líca laid the ball into his path, and with the Feirense defence expecting a shot Kikas deftly ghosted past Antonio Briseño before sitting down goalkeeper Caio with another great feint to leave himself a tap-in for his brace.

Later in the second half Kikas almost got himself an assist of sorts when his cross deflected off Edson Farias and then onto the post. With six minutes remaining though the Belenenses striker did manage to turn provider to round off the scoring. Returning the favour to his strike partner, Kikas took advantage of more poor Feirense defending to find Líca for the easiest of finishes.

Belenenses’ emphatic victory saw them close the gap on 5th placed Moreirense to 6 points; it may be a little too late for European qualification to be considered a realistic possibility but they are certainly exceeding expectations on the pitch this season.

While the club’s fortunes off the pitch are anything but conventional, things appear positive in the squad with a solid group of players and some promising younger players in the form of Luís da Silva, Diogo Calila, and of course Kikas. Under Silas’ guidance they’ll look to push on next season and maybe make the European dream a reality.