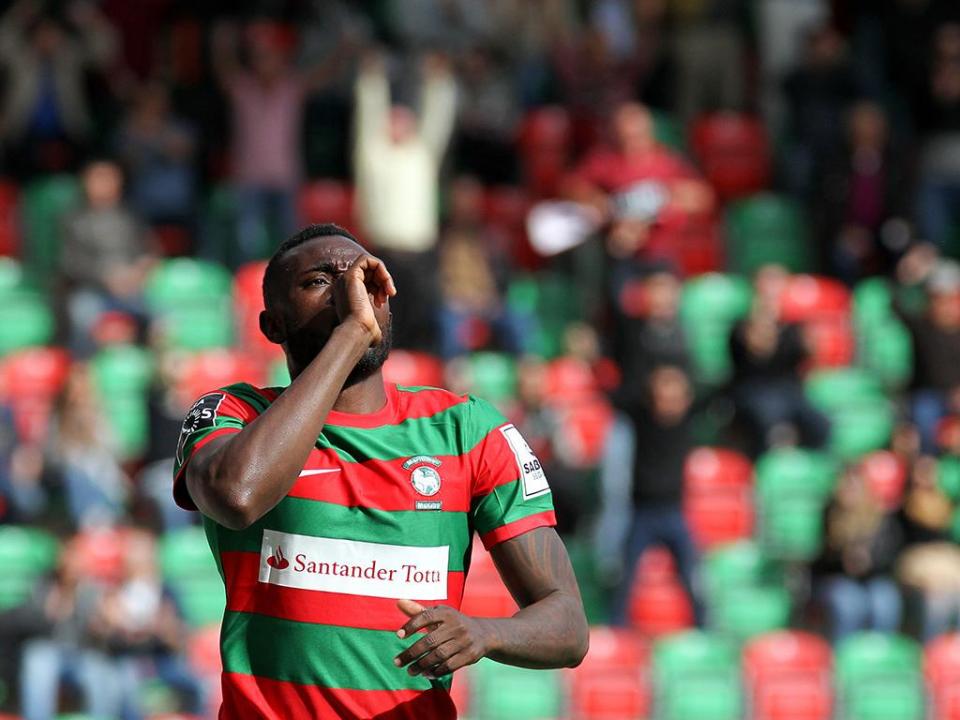 Week 25 of Liga NOS produced a surprise at the top of the table as the title race heated up further, Porto moving level on points with Benfica after the latter threw away a 2-0 lead to draw with Belenenses.

Down at the bottom of the table the strugglers continued to struggle, Feirense look doomed at this point but the remaining two relegation slots still very much up for grabs. Marítimo took a massive step away from danger though with a stunning win over Moreirense, inspired by PortuGOAL Figure of the Week Joel Tagueu.

Joel’s first full season at Marítimo has been something of a mixed bag having originally made a great impact after arriving at the club in January 2018. In the remainder of the previous campaign, he managed to register 9 goals and 2 assists in just 15 games, and generally appeared to adapt to Portuguese football very quickly after leaving Cruzeiro in Brazil.

After such an explosive start in the Liga NOS, it seemed Joel - as he is known in the football world - would have punters such as at NJ bet investing in the African enjoying a goal-laden season

This campaign, though, the Cameroon striker’s troubles have been a reflection of his team’s, Marítimo spending the vast majority of 2018/19 battling at the wrong end of the table having been traditionally top five contenders in more recent years.

A failure to recapture his best form has hardly been helped by his more sporadic involvement in the starting XI since the arrival of notoriously pragmatic manager Petit, who has twice seconded the 25 year old to 3-match stretches consigned to the bench.

However after restoring Joel to the attack for Saturday’s contest against Moreirense, Petit was richly rewarded as his side pulled off what has to be considered a stunning upset within the context of this season.

Opposition manager Ivo Vieira has coached Moreirense to a superb season in which they have exceeded all expectations, and they quickly raced into a 2-0 lead in a sun-soaked Madeira.

Marítimo did pull a goal back before the break to spring the contest into life though, Joel’s strike partner Getterson heading Leandro Barrera’s cross past Jhonatan.

After a relatively quiet first period, Joel came alive in the second half and quickly restored parity for the home side. The Cameroon striker rose highest thunder a powerful header past the goalkeeper from Edgar Costa’s teasing set piece delivery.

Marítimo tails were up with the momentum firmly in their favour, and they thought they had completed the turnaround in the 63rd minute, Joel denied by some desperate defending from Ivanildo, before Costa’s eventual goal was correctly ruled out for offside.

The home side were in complete control, missing good chances through Getterson and Costa before finally taking a deserved lead in the 70th minute. Joel grabbed his second of the match with brilliantly-taken goal, collecting Zainadine Júnior’s long pass before coolly lobbing the ball over the onrushing Jhonatan, leaving him an empty net to nod the ball into.

Marítimo survived some late Moreirense pressure to hold on and secure a massive three points to distance themselves from the relegation places.

Petit’s side remain far from safe but if Joel can replicate the form he showed in the final stretches of last season, an end to which Saturday’s display could well prove a catalyst, then Os Verde-Rubros will be sailing towards midtable safety.