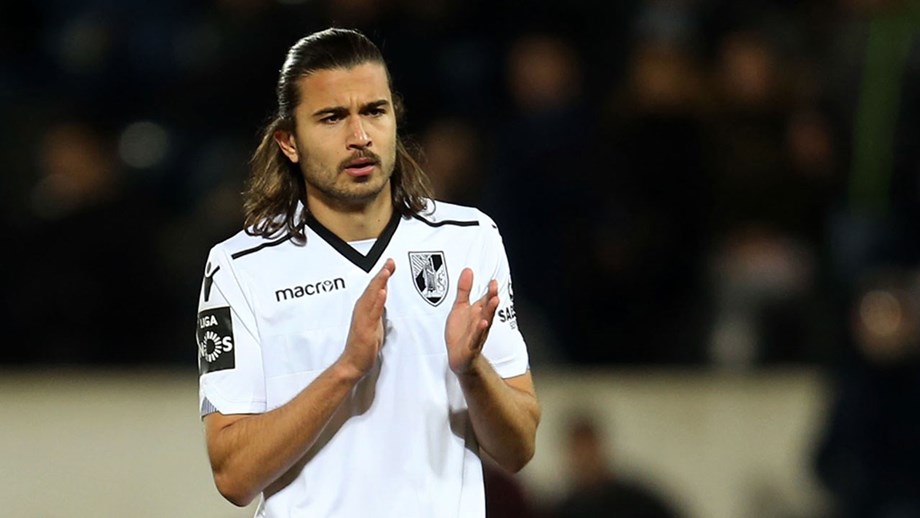 The final Liga NOS round before the international break leaves the division tantalisingly poised at both ends of the table going into the final straight of matches. The top 4 remained as is, the big quartet all registering victories, while the relegation battle tightened up as Chaves captialised on results around them.

One big mover was Vitória Guimarães, who leapfrogged Moreirense and moved into 5th place after a 3-1 defeat of Boavista. Their key man on the day, and PortuGOAL Figure of the Week, was Brazilian midfielder Mattheus Oliveira.

24 year old Mattheus, who some may know as the baby boy who was the subject of Brazilian legend Bebeto’s famous cradle celebration from the USA ‘94 World Cup, has had a couple of inconsistent years in Liga NOS, struggling to make the breakthrough at Sporting when signing for them in 2017, and not being able to hit the heights for much of his loan spell with Vitória Guimarães this season.

However his form in the past 5 matches, in which he has taken advantage of an injury to key man André André, has vastly improved. A very technically gifted player, when Mattheus is on song he effortlessly glides around the pitch and is able to show off his extensive passing range. His contribution to Saturday’s important victory was significant, playing a role in all 3 goals to down Lito Vidigal’s Boavista.

Vitória made the breakthrough as early as the 7th minute at Estádio D. Afonso Henriques, and it was Mattheus on the scoresheet. He rose highest to head in Ola John’s teasing cross.

Mattheus was dictating the tempo in midfield and helping to create further chances but the hosts were finding opposition goalkeeper Rafael Bracali in good form.

Into the second half Boavista got themselves a VAR-assisted equaliser, but Mattheus and Vitória hit back almost immediately. The Brazilian’s cutback found his compatriot Davidson, who finished past Bracali at the second attempt to restore the home side’s lead.

Vitória made the points safe with a 3rd goal in the 70th minute. This time Mattheus showcased his deft ability from set pieces, his floated free kick delivery glanced into the corner by Pedrão.

The victory was the perfect response to last week’s Minho derby defeat to local rivals Braga, and saw them overtake Moreirense thanks to their heavy loss to league leaders Benfica.

With 8 games to go making the top 5 is well within Luís Castro’s team’s grasp. With players like Mattheus appearing to enter form at just the right time, a player in amongst a deep squad of talented attacking and creative players, Vitoria may just have enough to see off spirited challengers Belenenses and Moreirense in the race for 5th place.