PortuGOAL Figure of the Week: Luiz Phellype shines amid the mayhem as Sporting move into 3rd 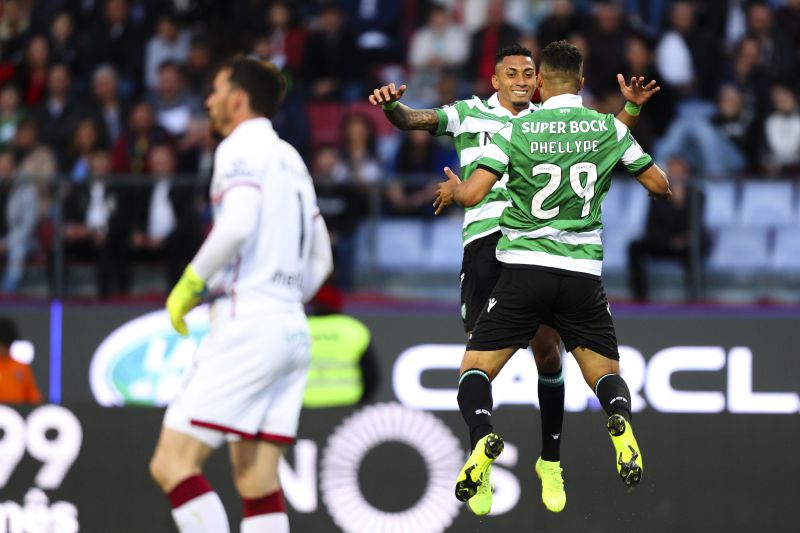 The Liga NOS title race remains neck and neck after week 27, Benfica and Porto both striking late to keep their respective bids on track in hard-fought encounters. The bottom three remained as they were as each suffered defeat, while Moreirense continued their impressive charge up the table.

One other big winner of the weekend was Sporting, taking advantage of Braga’s loss to Porto to leapfrog them into 3rd place. A tempestuous encounter was punctuated with controversy throughout, but the Lions came through in no small part due to the contribution of striker Luiz Phellype, who is PortuGOAL’s Figure of the Week.

25 year old Phellype was bought by Sporting in this season’s January transfer window, the Lisbon side persuaded to bring the Brazilian in off the back of his excellent form with Paços Ferreira in the 2nd tier.

His positive form was not the only reason for his signing, the player boasting quite similar characteristics to Dutch striker Bas Dost, being a strong physical presence and a player that can link attacks well. That said, his prior record at this level had not been particularly eye-catching, struggling to make the grade previously with Estoril.

Somewhat predictably Phellype has largely had to make do with substitute appearances since arriving at Alvalade, and in truth has looked either a little short on confidence or perhaps that this is too significant a step up at this stage of his career.

However in the absence of Dost, himself a player who has been out of sorts this season, Phellype stepped up to the plate and delivered a strong leading performance to help Sporting negotiate their away match with relegation scrappers Chaves.

From the offset Phellype was playing with a lot more belief, linking well with Bruno Fernandes and showing good movement off the ball. He almost gave Sporting the lead in the 11th minute when his header flew narrowly over the crossbar.

His aforementioned attributes would contribute to Sporting’s opening goal in the 24th minute though, Fernandes combined well with Stefan Ristovski who gave Phellype the simple task of guiding the ball into an unguarded net.

Sporting led 1-0 at the break before the game descended into chaos in the second half. Chaves were rightly reduced to ten men with the red card of Jefferson, before levelling through André Luis’ clever finish.

Bruno Fernandes then restored the lead before some red card mayhem saw Nikola Maraš dismissed for Chaves, then the referee reversed his decision and decided to send Sporting’s Ristovski off instead.

It caused a hefty amount of time to be added on at the end of the match, a period in which Phellype was able to double his tally and finish the game off. He collected Jovane’s clever flicked through ball, held off the challenge of Maraš before coolly slotting past Ricardo.

After a slow start to life at Sporting Phellype is just beginning to gain traction at the right time for him personally, as Dost continues to struggle for fitness and form. A consistent run in the side now looks probable for the Brazilian, and while qualifying for the Champions League looks unlikely he’ll need to be at his sharpest as the club will very much be looking to make up for last year’s disappointment and go on and claim the Taça de Portugal in May.