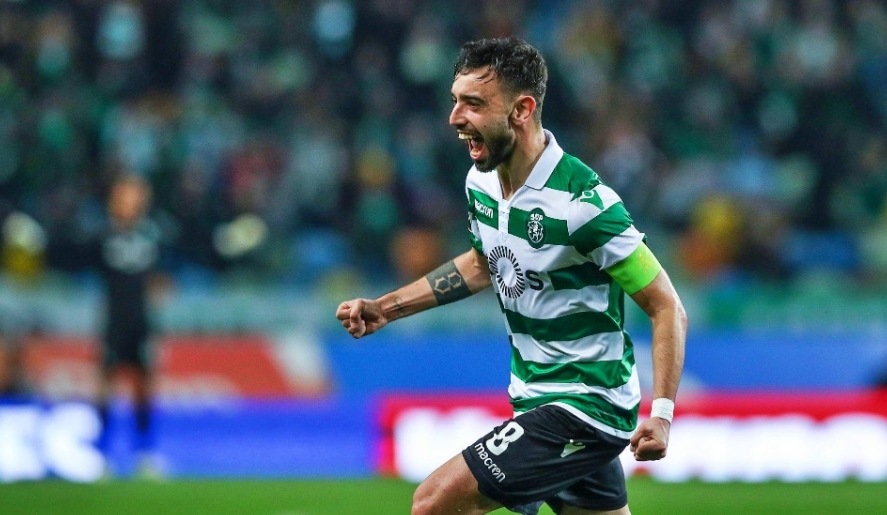 Sporting are through to the Taça de Portugal final after a second-half goal from Bruno Fernandes gave the Lions a 1-0 victory at the Alvalade, allowing the hosts to progress on away goals.

Benfica led 2-1 in the semis following the first leg at the Estádio da Luz and looked set for the final after 75 goalless minutes.

A left-footed wonder-strike from Bruno Fernandes tipped the balance in Sporting’s favour, however, securing a win in the last Lisbon derby of the season and setting a date with FC Porto in the final.

Minimal changes from both sides saw Bruno Gaspar fill in for the suspended Stefan Ristovski at right-back for Sporting, meanwhile Bruno Lage welcomed back his skipper, Jardel, to slot in alongside Rúben Dias at the heart of Benfica’s defence.

A healthy start from the hosts enabled Gaspar to fire at goal within the first five minutes, taking a swipe at a half-volley from the edge of the box that roamed wide of Mile Svilar’s left post.

The Eagles reciprocated Sporting’s hunger on the counter early on, without reward in the final third, just as injury brought Gabriel’s night to an impromptu end for Gedson Fernandes’ entrance in the 17th minute.

Frenetic scenes in Sporting’s half enabled Ljubomir Fejsa to clamp down on Wendel's attempt to link play from the back before taking aim at Renan Ribeiro’s goal, dragging a shot from range wide in the 38th minute.

João Félix came closest to cracking the deadlock in the first period, seeking Haris Seferovic with an in-swinging cross from the left prior to a crucial intervention from Cristian Borja to ensure both sides remained inseparable going into the break.

It didn’t take long for Benfica to conjure up the best opportunity of the game coming into the second period, with Pizzi spotting Seferovic’s run through the heart of Sporting’s defence before the Swiss striker fired well wide of the target on his weaker foot when one-on-one in the 47th minute.

The Lions followed up with a highlight of their own when Bruno Fernandes left the crossbar rattling from an out-of-reach free-kick in the 49th minute, amplifying the emotions at the Alvalade.

Re-entering a more cagey phase, it wasn’t until the 70th minute that either side managed to get any closer to a goal, with second-half substitute Jonas claiming this opportunity for Benfica via Pizzi’s cutback to the edge of the box before the Brazilian could float a shot over.

Bruno Fernandes was on hand to turn the tie on its head with 15 minutes to go, cutting inside from the right flank, past Alex Grimaldo, before arrowing a strike into the back of the net on his left foot and making it 1-0.

Seferovic continued to contain all the danger in a red shirt, finding himself between the centre half and full-back at Sporting’s back-post before heading Gedson’s cross wide in the 82nd minute.

The hosts took on the warnings to lock up at the back, battling their way to the final whistle with a slender 1-0 lead and confirming their place in the final of the cup, set for the 25th May, alongside Porto at the Jamor.

Benfica got OWNED.
No wonder it’s quiet on Portugoal.