PortuGOAL Figure of the Week: Rafa rampant to keep Benfica top of the pile 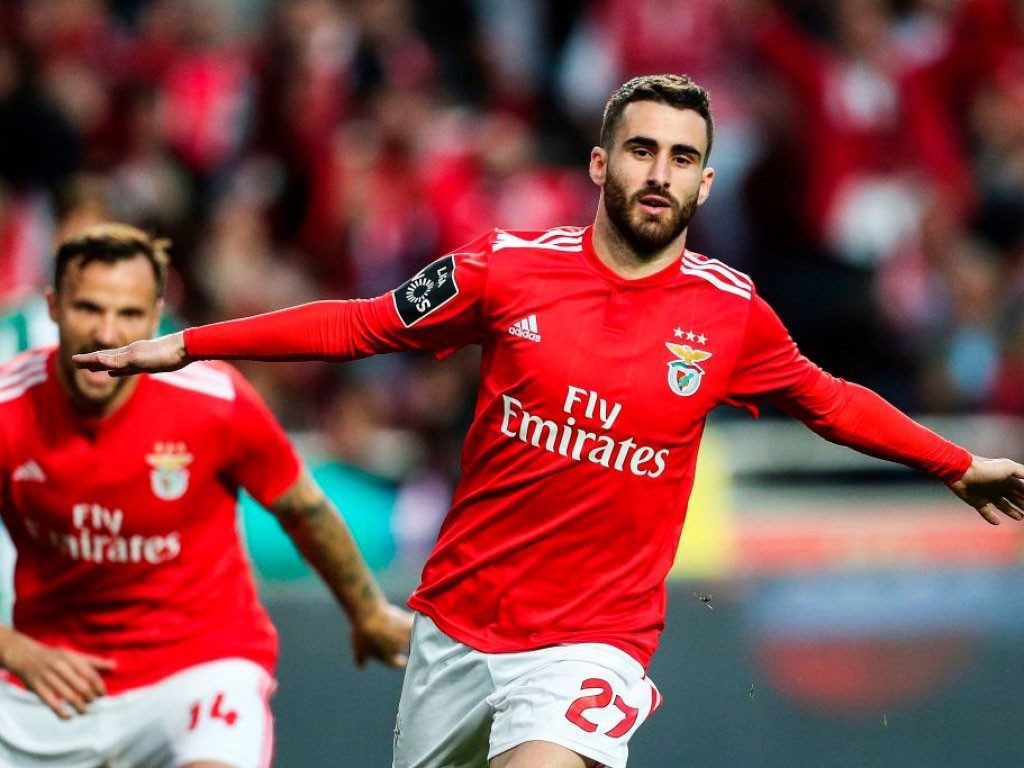 Only five games left of Liga NOS 2018/19 and there remains plenty to be decided in what promises to be a tense finale to the campaign.

The weekend’s action saw Boavista and Marítimo take big steps away from the relegation zone, while Rio Ave and Braga both recorded important victories.

At the top it remains neck and neck as title challengers Porto and Benfica recorded comfortable wins. The latter were firing on all cylinders in attack, and this time it was the turn of Portuguese winger Rafa Silva to stand out as PortuGOAL’s Figure of the Week.

Rafa has long been one of the division’s most technically gifted players, showing outstanding form previously for Braga to convince Benfica to shell out €16 million for his services back in 2016.

After a slow start to life at the Lisbon side, in which Rafa visibly struggled for confidence and was unable to push himself to the front of a talented pack of wingers the manager at the time had to choose from, 2018/19 has undoubtedly been his best for Benfica. This campaign he’s been able to display his best attributes, among them outstanding close control, brilliant dribbling and general quick-thinking and positional awareness.

This season has also been one of his better in front of goal, and his tally increased to 16 in all competitions last night in a largely one-sided triumph over Vitória Setubal at Estádio da Luz.

Barely a minute was on the clock before Rafa made his mark on the game, cleverly flicking a João Félix cross from the right past Vitoria keeper Giorgi Makaridzde via the post.

The goal was reflective of the form and freedom Rafa has been playing with, showing brilliant improvisation to fashion the finish.

Rafa almost doubled his tally not long after team-mate Pizzi had failed to make it 2-0 to Benfica from the penalty spot. The latter picked out the former in the box, but Rafa was denied firstly by defender Artur Jorge, and then at the second attempt by Makaridze.

The 25 year old didn’t have to wait much longer to clinch his brace though, the Rafa-Félix combination paying off again.

A confident finish from Rafa, set up by the ever effervescent Félix, a pairing that is developing a special telepathy in recent months.

Vitória were refusing to lie down, pulling a goal back before the break but Benfica re-established their dominance in the second half as Félix turned from provider to scorer to smash in a third goal.

Rafa’s part in proceedings was not complete though as he notched an assist for Benfica’s fourth goal in the 77th minute. He exchanged passes with leading scorer Haris Seferović, finding the striker with a finely lofted through ball, and the Swiss made no mistake to finish the game off.

Vitória found one more consolation goal but Benfica ultimately comfortable in re-establishing their narrow lead at the top of Liga NOS.

While the lead certainly remains narrow, the respective run-ins for the two sides plus Benfica’s current head-to-head advantage suggests Bruno Lage’s team are in pole position to regain their league title from Porto.

While João Félix, Pizzi and Seferović have grabbed many of the headlines this season, it was Rafa who deservedly took centre stage on another key night for Benfica.

I have always liked Rafa Silva, really positive player who always tries to make things happen. Despite his slowish start at SLB, I always knew it was just a matter of time until he settled in. He really has been having a fantastic season and is...

I have always liked Rafa Silva, really positive player who always tries to make things happen. Despite his slowish start at SLB, I always knew it was just a matter of time until he settled in. He really has been having a fantastic season and is yet another player who has looked so much better since Lage took over.

Some posters here suggested after the recent Selecao matches that he shouldn't be called up for the national team. That's absurd, tell me one single Portuguese winger who's been having a better season than him? I think his direct play and super pace offers something really different to the Selecao.

I completely agree, Andre. Rafa had a rough start to life at Benfica, but as Jamie mentioned, it was largely due to a a lack of confidence rather than a lack of quality. Anyone who watched his first season and a half at Benfica could tell that he...

I completely agree, Andre. Rafa had a rough start to life at Benfica, but as Jamie mentioned, it was largely due to a a lack of confidence rather than a lack of quality. Anyone who watched his first season and a half at Benfica could tell that he was struggling to make the transition from Braga (where in all honesty, he was a big fish in a small pond) to the biggest club in Portugal where he was expected to justify his hefty price tag with consistently brilliant performances.

He showed flashes of his obvious talent during that difficult first season, but his end-product, more often than not, left a lot to be desired. Over the last year or so, however, he has managed to rediscover -- and in my opinion -- surpass the Rafa we saw week in week out during his Braga days. He is, without doubt, the most dynamic winger in the Portuguese league. His finishing has improved, his decision-making has come on leaps and bounds, and he remains virtually impossible to stop on the counter. No other player in the Portuguese league has that explosive speed with the ball at his feet, and as Andre mentioned, no other Portuguese winger plying their trade in Europe can match Rafa's pace, touch, and close-control.

The likes of Goncalo Guedes, Bruma, and Gelson Martins are all quality players at the top of their game, but none of them have been anywhere near as consistent or productive as Rafa over the past 12 months of football.