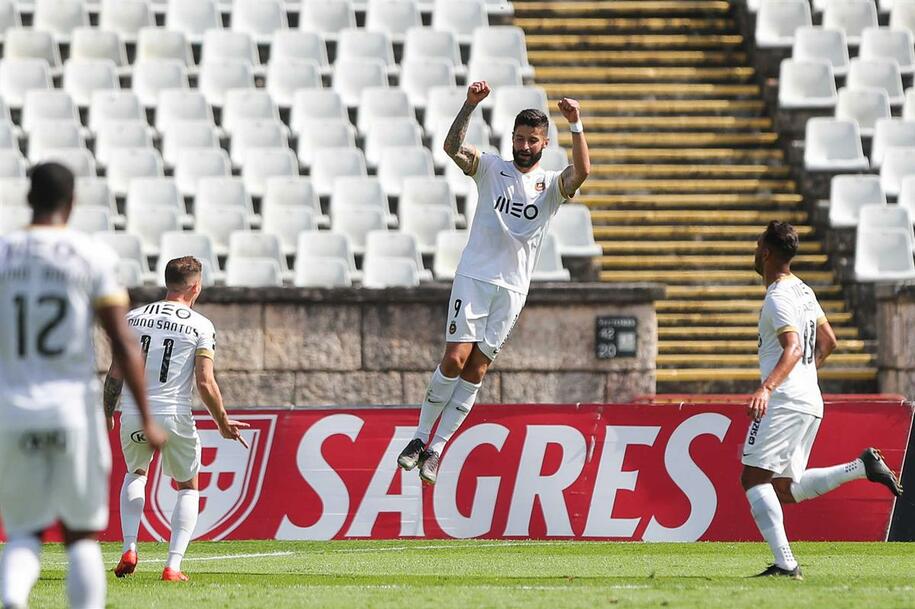 As Liga NOS 2018/19 rapidly approaches its climax, Week 30 saw the official exit from the division of Feirense, officially relegated before they kicked a ball by virtue of Aves’ excellent win away at Vitória Guimarães.

Tondela and Chaves boosted their own survival hopes with vital 1-0 wins, while the top 4 remained as they were after all recording victories to nil.

The sides below that top 4 bracket all struggled though as the aforementioned Vitória were joined by Moreirense and Belenenses in suffering defeat, the latter at the hands of a recently improved Rio Ave side, who largely had striker Bruno Moreira to thank in recording an impressive 3-1 win at Jamor on Saturday.

Moreira is an experienced Portuguese striker in Liga NOS, returning to the league with Rio Ave last summer after a spell with Buriram United in Thailand. He’d signed a lucrative contract with the Asian side off the back of an excellent period with Pacos Ferreira, then a European-challenging side with a talented young team that included Diogo Jota.

Moreira and Jota had formed an effective duo in the former’s final season with the club in 2015/16. The latter went on to bigger and better things with Porto and Wolves, having initially signed for Atlético Madrid, while Moreira’s 23 goals in 47 games showed how deadly he can be at this level.

However the 31 year old has largely struggled this campaign, much like Rio Ave themselves, failing to nail down a regular spot in the XI, and before Saturday afternoon he had just 6 goals in 32 matches in all competitions.

He looked sharp from the off though in the Lisbon sun as Moreira showed the predatory instincts that made him such a danger for opposition defences a few years back. In the 12th minute he pounced on a Belenenses error to set up a glorious chance for team-mate Gelson Dala, who was denied by an excellent save from goalkeeper Muriel from close range.

Moreira was off the mark in the 20th minute though with something of a trademark goal, showing great movement in the box to find the space for a free header, powerfully dispatched past Muriel.

Nine minutes later the striker should have had his second but was firstly denied by Muriel’s sprawling save, and with the goal gaping could only force his rebound effort onto the post before recovering defender Vincent Sasso cleared off the line.

Moreira didn’t have to wait too long to double his tally though as Rio Ave took hold of the game in the 35th minute. Captain Tarantini squared a deep free kick to find the striker lurking at the back post, and he made no mistake this time.

Moreira almost had his treble early in the second half, picking up a rebound after Muriel saved from Nuno Santos, but with the Belenenses keeper out of his goal Moreira could only loft his effort wide.

Still Rio Ave went on to record a comfortable win, centre back Toni Borevković making it 3-0 before a late Sasso consolation goal for the home side.

Moreira’s upturn in form has likely come too late for Rio Ave to dream anything higher than a 7th place finish this season, one that has been underwhelming after 2017/18’s final position of 5th. However, it’s pleasing to see a striker that was considered one of the “best of the rest” looking close to his deadliest form once again.