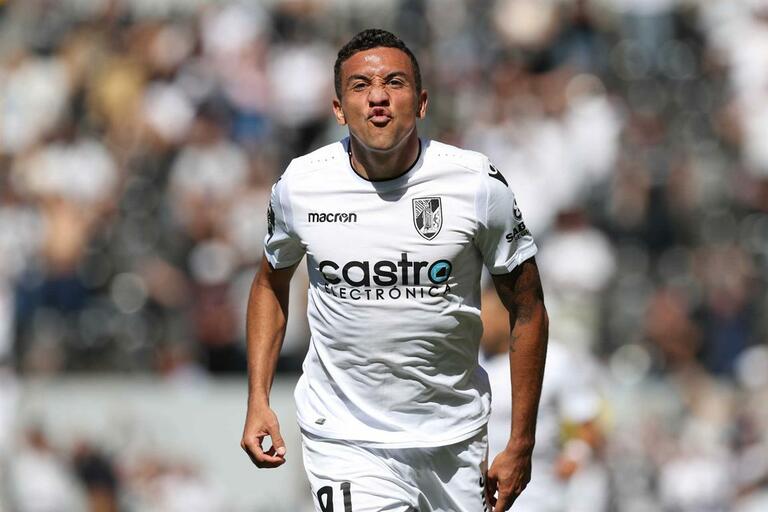 The penultimate round of Liga NOS 2018/19 saw Benfica edge ever closer to regaining the league title from Porto, while contrasting results for Chaves and Tondela leaves the pair’s final day relegation showdown extremely finely poised.

Like last week, the goals flowed up and down the country and one particular contributor was Vitória Guimarães, hammering Belenenses 5-1 to ensure Europa League qualification for next season. PortuGOAL’s Figure of the Week Davidson was in particularly terrific form in Sunday’s stroll in the sunshine.

Davidson da Luz Pereira has been making steady and sure progress since moving from his native Brazil to Portugal with Sporting Covilha back in 2015. His strong form in the country’s second tier with them convinced Chaves to give him a taste of the top flight in January 2017 and his improvement continued thereon.

Last summer he swapped Chaves for Vitória Guimarães, to try and help the latter get back in the fight for the top five after a disappointing 2017/18. The team have been far from consistent throughout the year, but courtesy of a couple of key late season results, and more pertinently 5th placed Moreirense’s failure to obtain a European licence, 6th place in Liga NOS has proved enough for Luís Castro’s season to be considered a success.

Sunday’s opponents at Estádio D. Afonso Henriques Belenenses stood in the way of Vitória sealing 6th and the Lisbon side themselves still harboured outside hopes of leapfrogging the home side before the season’s end. However after a tight first half, Vitória and Davidson stepped things up considerably in the second period to blow their opponents away.

Tozé had given Vitória the lead with a VAR-assisted penalty in the 64th minute and almost from the restart Davidson pounced to double his team’s advantage. The Brazilian’s superb run in behind the Belenenses defence was matched by an equally-brilliant through ball from Ola John, and the subsequent finish was clinical.

Belenenses pulled a goal back through Líca but with 10 minutes remaining Davidson struck again to finish off a slick team move. Ola John again was his provider, exchanging passes with Rochinha before picking out Davidson’s run into the box, and he did the rest.

Vitória were enjoying themselves now and scored a fourth as Davidson this time turned assister. The Brazilian expertly controlled a long ball on his chest, before turning to feed Rochinha, who beat Belenenses goalkeeper Mika with a cool finish.

After a slightly slow start to this campaign Davidson has been right among the side’s best performers, alongside a talented squad that has now secured a return to the Europa League.

Vitória participated in the group stages of the competition last season and will be looking to reach that stage again next term to improve on their previous performance, having finished bottom of their quartet with just one win out of six in 2017/18.

His 8 goals and 9 assists in all competitions is a decent return for the winger, and keeping Davidson as well as the rest of the team’s attacking talent could be a tricky prospect this summer and Sunday’s performance could well have nudged him up a few clubs’ shopping lists around Europe.