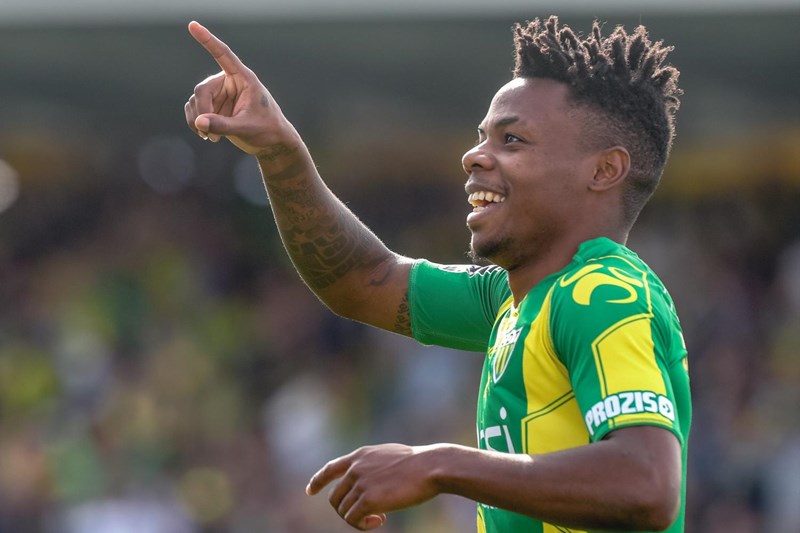 The final weekend of Liga NOS 2018/19 confirmed Benfica to regain the league title from Porto, who did their part by beating their upcoming Taça de Portugal opponents Sporting but the Eagles comfortable win over Santa Clara was the deciding factor.

The only other major business to attend to was down at the bottom as Tondela and Chaves squared off in a relegation showdown. Chaves only needed a draw to confirm their top flight status but were blown away by final day specialists Tondela, who flew out of the blocks and ultimately trounced their opponents. Forward Jhon Murillo was in outstanding form throughout and he is PortuGOAL’s final Figure of the Week for the campaign.

Venezuelan winger Murillo has just completed his third season with Tondela, having had a two year loan spell with the club between 2015 and 2017, before the Auriverdes picked him up permanently last summer off the back of a spell in Turkey with Kasimpasa.

Having failed to make the grade at Benfica, it’s at Estádio João Cardoso that the 25 year old has displayed the best form of his club career and while he has struggled for consistency at times this campaign, he has been one of Tondela’s better players during yet another nail-biting run in the bid to avoid relegation.

For the third time in the last four seasons, Tondela were left to battle it out on the very final day of the campaign to secure top flight football and indeed for the third time they came up trumps. Punters betting on the unlikely survival of modest Tondela for so long in Portugal’s top flight will have been richly rewarded, and may be interested to continue their winning streak through casino gambling, choosing newcasinos.com/casino-bonuses/no-deposit, where you don’t need to invest any money.

This time round, it was Murillo who helped keep Tondela among the elite of Portuguese football, as he inspired a demolition of Chaves, condemning their opponents instead to the drop to the second tier. Traditionally a winger, Murillo has been employed by Tondela manager Pepa as a central striker at times this season, which allows the Venezuelan to utilise his pace against more cumbersome centre-backs and it was indeed this strategy that was put forth on Sunday evening. Tondela knew only a win would keep them in Liga NOS so looked for that extra bit of firepower, meaning António Xavier and Juan Delgado occupied the wing positions.

The tactical shift paid off handsomely and Tondela flew out of the blocks, establishing a 2-0 lead before the 10 minute mark with goals from Ícaro and João Pedro.

If the home fans were buoyant then they were sent into scarcely believable ecstasy as Tondela incredibly made it 3-0 in just the 16th minute. Murillo gambled on António Tomané’s flick on, capitalised on Chaves defender Gáston Campi’s stumble and coolly lifted the ball over goalkeeper Ricardo.

It was a run and finish that perfectly illustrated the manager’s tactical plan. Tondela continued to press forward and made it 4-0 not long after, before Chaves clawed their way back into the match to leave the score at 4-2 at the end of a breathless first period.

Hopes of an unlikely Chaves comeback in the second half never seemed overly likely though, Murillo continued to torment their defence, almost catching Ricardo out from distance with a curling effort in the 51st minute.

In the 77th minute though Murillo would get his second of the game and seal the win beyond any doubt. The forward played his part in the build-up, laying the ball off for João Pedro, who in turn found substitute Pité in space. His unselfish cross found Murillo who had continued his run through a lacklustre Chaves defence and the Venezuelan had the simplest of headers to make it 5-2.

Elation for Tondela at the full time whistle after a match that many had expected to be far closer, but Chaves simply had no response to Murillo and company. The result will live long in the fans’ memories in years to come, battling the drop this season was always going to be a much trickier prospect than usual with one extra relegation place allocated in Liga NOS to accommodate Gil Vicente’s impending reinstatement, but once again Tondela showed their terrific fighting spirit.

Somewhat inevitably Tondela may be forced to sell the likes of Murillo and their other top players this summer, but being a part of three great escapes in his three seasons with the club means he won’t soon be forgotten.

PS - If you have enjoyed the feature this season keep an eye out for an upcoming Figure of the Week - In Review article, which will serve as a highlights and summary package for all of the individuals written about throughout another memorable Primeira Liga season.