Porto miss out on Champions League after shock defeat 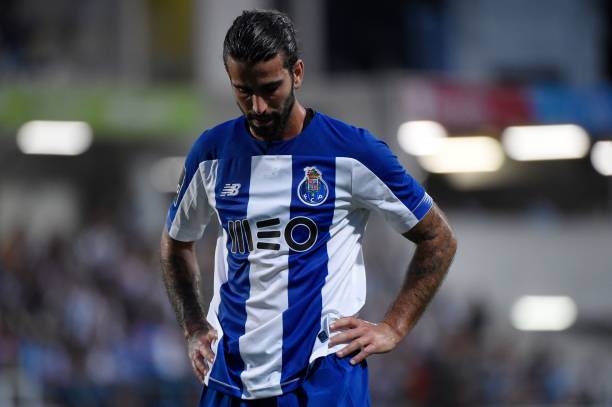 Porto won’t be in the UEFA Champions League group stages for the first time in ten years after a surprise result at the Dragão that saw them knocked out by Krasnodar on away goals.

The Russian side took the lead after just 2 minutes through Tonny Vilhena to level the score on aggregate, before amazingly the visitors found themselves 3-0 up at half time thanks to a brace from youngster Shapi Suleymanov. Substitute Ze Luís pulled one back after the break and Luis Díaz gave Porto fans some hope but ultimately they couldn’t find an equaliser and will be competing in the Europa League this season.

On a harrowing night for the Dragons, the only plus point is the Portuguese side may look forward to a long run in the Europe's secondary competition. The last two times Porto competed in the group phase of the UEFA League, then the Europa League, they ended up winning the competition. To bet on a repeat visit bolapedia for maximum secured gambling.

Sérgio Conceição has had a difficult start to the season from a turbulent pre-season to last weekend’s defeat away to newly-promoted Gil Vicente but it's been nothing quite as damaging as this. Porto went into this game in a comfortable position after a hard-fought 1-0 win in Krasnodar and were naturally favourites to progress.

Porto’s nightmare began when Krasnodar took the lead in the second minute. Porto failed to clear a Krasnodar corner and a loose ball found Dutch midfielder Tony Vilhena who fired past Agustín Marchesín to even the score on aggregate. It was the quickest goal Porto had ever conceded in European competition at home.

Ten minutes later Porto lost the ball inside the Krasnodar box and seconds later found themselves 2-0 down. This time it was the impressive 19-year old Magomed-Shapi Suleymanov who fired his shot through Marchesín’s legs.

Porto were finding it difficult to mount any serious offence and before they knew it they had given themselves an impossible task.

Suleymanov found himself in acres of room on the right again, with Alex Telles nowhere to be seen. The impressive youngster then cut with inside and hammered a low strike to sink Porto hearts and silence the Dragão.

Conceição had to change something, so right back Renzo Saravia was sacrificed and replaced by forward Zé Luís to try and add some attacking spark before half-time.

It was an astonishing turnaround with the home side going in needing 3 goals to save their Champions League chances. It wasn’t going to be easy; no team had turned around a 3-goal disadvantage going into the break since Werder Bremen in 1994 against Anderlecht.

There were no Porto changes at half-time but Conceição was forced to give Matheus Uribe his debut after Sérgio Oliveira, the man who scored against Krasnodar in the first leg, sustained an injury.

There was hope when in the 57th minute Alex Telles put in a superb cross for substitute Zé Luís to head emphatically pass Matvei Safanov.

The goal got the crowd fired and Porto found some confidence, but they lacked cohesion going forward with too many long-range shots that failed to adequately test the young Russian goalkeeper but, eventually, one paid off.

Shoya Nakajima found Jesús Corona in midfield and the Mexican was allowed to drive forward as the Russian defence sat further back. Corona found Colombian Luis Díaz on the edge of the area who took one touch before hitting a fierce shot in the bottom right hand corner. Safanov got his fingertips to it but couldn’t prevent Porto from pulling within just one goal of qualification.

The final roll of the dice saw Vincent Aboubakar brought on for Corona in the 86th minute as Krasnodar tried to eat up as much time as they could.

Moussa Marega had another effort from distance go comfortably into the goalkeeper’s hands, but it was Porto’s last sniff of goal and summed up a lot of their attacking play all evening. They now find themselves in the Europa League alongside Sporting potentially joined by Braga and Vitória SC this season.

It’s a blow for Portugal’s UEFA coefficient, a big blow for Porto’s prize money earnings, and could become an even bigger blow to Sérgio Conceição, who must know be really feeling the pressure.

I don't see Porto's manager managing Porto for any longer

Porto and Sporting aren't looking good but Porto seem to be worse for now... Benfica must be licking their lips

I do think Sergio may be gone if he doesn't start getting some results. Losing the league last year and both cups wasn't good. And now out of the Champions league this early, that is a bad start, not to mention the loss to Gil Vicente.

I do think Sergio may be gone if he doesn't start getting some results. Losing the league last year and both cups wasn't good. And now out of the Champions league this early, that is a bad start, not to mention the loss to Gil Vicente.

Disappointing for the UEFA rankings also, especially against a Russian team.

It's usually been a tight race in the Liga, with a few points separating the winner. I think this year Benfica will have the title wrappwe up by December. Sporting hasn't won in 12 games. Porto looks short on confidence

Benfica are the huge favorites and rightfully so, but it's still far too early to be righting Porto off this early in the season, especially since they still have a squad that at least on paper is strong enough to compete.

Benfica are the huge favorites and rightfully so, but it's still far too early to be righting Porto off this early in the season, especially since they still have a squad that at least on paper is strong enough to compete.

I'm just not convinced that Sergio Conceição has what it takes to lead what is largely a brand new team to the next level. His fiery approach to coaching will only take them so far, especially now that the smaller teams in the league seem to be figuring them out tactically.

Losing Hererra and Brahimi was tough, but crashing out here is just shambolic. Gonna be an interesting year for Sergio's squadron.