PortuGOAL Figure of the Week: Taremi treble gets Carvalhal's Rio Ave off the mark 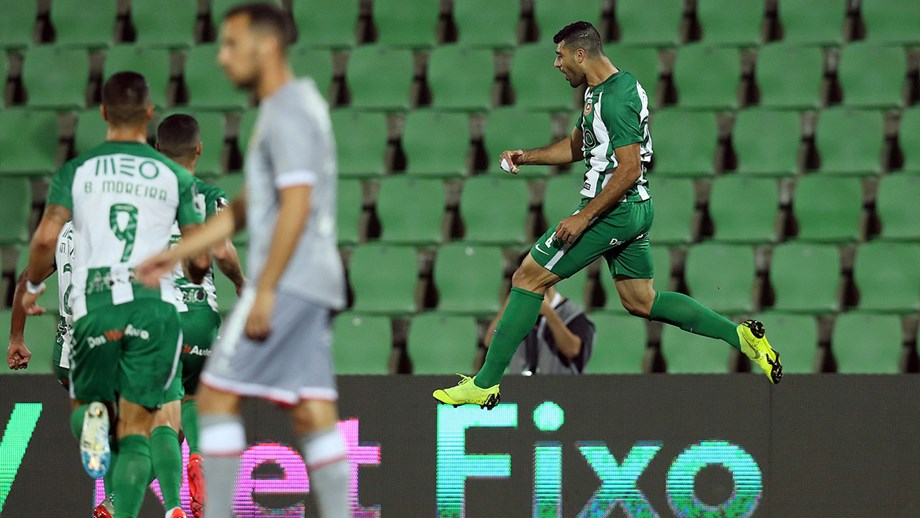 Week Three proved a tough round for Primeira Liga hosts as it was largely away day joy across the board, including Porto triumphing over Benfica in the clássico. Sporting won at Portimonense, while Tondela got their first victory of the season by defeating Marítimo.

The only side to win at home in fact was Rio Ave, and they did so extremely convincingly after thrashing Aves 5-1. The star man, and PortuGOAL’s Figure of the Week, was Iranian forward Mehdi Taremi, who blew away the opposition with a superb hat-trick.

Taremi was acquired from Qatari side Al Gharafa this summer to bolster Rio Ave’s attacking options, and the player boasts a good international record with 15 goals from his 38 Iran caps. The 27 year old is comfortable playing across the front three, and was rewarded with a place in the starting XI after impressing in a cameo appearance against Famalicão the previous weekend.

Taremi’s confidence was clearly still high and he wasted little time in getting off the mark for his new club as Rio Ave went ahead in the 10th minute. The Iranian latched onto Diego Lopes’ pass and coolly clipped past the onrushing Quentin Beunardeau.

Rio Ave were proving too much of an attacking force for Aves and got their reward as Taremi doubled his and the team’s advantage in the 22nd minute, showing excellent awareness to find room to shoot past Beunardeau having collected Bruno Moreira’s through ball.

The home side were relentless, Taremi was inches away from completing his treble four minutes later, his whipped shot from Nélson Monte’s cross fractionally flying wide.

Taremi then almost added an assist to his name as he and Moreira continued to combine well. The former’s cutback found the Portuguese striker but he was denied by last-ditch Aves defending.

Rio Ave were comfortable throughout and Carlos Carvahal’s side made the game safe as Taremi did indeed complete his hat-trick early in the second half, running onto Nuno Santos’ defence-splitting pass and calmly beating Beunardeau.

Nuno Santos then added a fourth goal, but Taremi had not finished tormenting Aves just yet, as he went on to win a penalty that Filipe Augusto converted for number five.

The result was a much needed one for Carvalhal, producing a convincing response to what was a disappointing loss last weekend.

The attacking options at the coach’s hands certainly promise much, and Carvahal has now gone on record to admit that Taremi in particular is perhaps too strong for Rio Ave and the league as a whole. “I don't like to individualise but I'm going to this time. I mean no disrespect to Rio Ave or the Portuguese league but Mehdi's a player for a bigger stage,” he said post-match.

It’s easy to see Carvalhal’s point of view based on Friday’s devastating display.