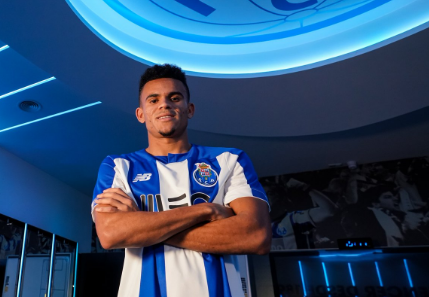 This summer’s transfer window was as active as ever and this weekend - the first domestic fixtures after deadline day courtesy of the intersecting international break - will give us the opportunity to see how some of the fresher faces get to fare in their new surroundings.

Without holding the resources of many of the other top divisions around Europe, moves in the market by Portuguese teams often require a more shrewd and clinical eye for talent, bargains and the odd coup. Upon the official closure of the summer transfer window, here are ten new arrivals, in no particular order, that PortuGOAL are dubbing as tab-worthy.

Following a big summer of chopping and changing, arguably FC Porto’s biggest task was to replace the Qatari-bound Yacine Brahimi, leaving the title hopefuls on a free after seasons of being the flagship of creativity at the Estádio do Dragão. The household name of Shoya Nakajima appears as the obvious replacement for the Algerian playmaker but the burden of craftiness, as has been the case in this early start to the season, promises to be shared with ex-Junior Barranquilla wide man Luís Diaz. A combination of pace, trickery and unpredictability stands as the winger’s currency from wide areas, freeing Nakajima up to influence the game from central areas. From the evidence of the opening weeks of the new campaign, the Colombian’s attributes already look a major plus for Porto as they attempt to wrestle the title back from Benfica.

The English playmaker enjoyed a growing reputation coming up through the ranks at Tottenham Hotspur but that all threatened to crumble away from the 20-year-old after a failed loan spell at Norwich City in 2018, accumulating only six minutes of first-team football and drawing serious questions about the player’s attitude and adaptability to the professional game. A second successive loan move, this one at recently-relegated Dutch club Excelsior, saw Edwards rebuild his portfolio with impressive performances and stats that saw him rank among the best forwards in the Eredivisie, however. Although he couldn’t quite recoup the faith once placed in him during his White Hart Lane days, the diminutive Englishman is keen to bring his new-found form and maturity to the city of Guimarães, where Vitória, boasting Europa League status, look poised to offer the agile Edwards the chance to showcase his technical ability, once likened to Lionel Messi’s by Mauricio Pochettino, with greater regularity.

At €21 million, there really is no hiding place for former Real Madrid and Rayo Vallecano frontman Raúl de Tomás, tasked with replacing the goalscoring output and avenue to goal once supplied by both João Félix and Jonas. Much of that rides on the Spaniard’s synergy with Haris Seferovic, which hasn’t exactly gotten off to the start Bruno Lage and co. would’ve liked - in five matches together they duo have managed just one goal between them so far. The season is incredibly young, however, and Benfica may well find out that there’s more to come in the long run from ‘RDT’ when coupled with a more creative source - the likes of Pizzi, Jota or forgotten man Andrija Zivkovic - that’ll allow him to focus more on goal itself.

Even after evolving into a key figure for Rio Ave last season, finding the back of the net five times and adding another five league assists to his name, Galeno found himself out of Conceição’s plans at Porto before Sporting de Braga swooped in with a fee in the region of €4 million. Competition in wide areas is rife at the northern outfit but if last season is anything to go by, the Brazilian, already with a goal to his name this season, is sure to contribute to Braga’s hopes of finally breaking the ‘Big Three’ monopoly. A welcome addition.

In a window dominated by sporadic sales and high-risk loan replacements at Alvalade, the early arrival of Valentin Rosier from former Ligue 1 club Dijon stands as one of the more promising moves made by the under-fire Sporting over the summer. Injury has kept the full-back out in his early days in Lisbon, but the Lions faithful can expect greater technical security in combinations once the Frenchman gets his chance, whilst also providing the width and energy to get up and down the flank.

Rio Ave’s project under newly-appointed Carlos Carvalhal has attracted a number of familiar and equally intriguing names to the Estádio dos Arcos. Iran international Mehdi Taremi promises to be the face of a potentially successful assault on the market, reportedly taking a pay-cut in a desperate bid to make waves in his first European stint. It’s so far so good for the forward too, bagging a hat-trick and an assist in his second game versus Desportivo das Aves before menacing runs against Sporting, earning his side three penalties and their first major scalp of the season, set the free transfer up as an early contender for signing of the season.

Lots has been made of the picture unfolding at current table-toppers at Famalicão, recently promoted to the Primeira Liga, and there’s every chance that João Pedro Sousa’s side will be looking back on the loan capture of Nehuén Pérez as one of the very best bits of business by the end of the season. The Atlético Madrid youngster, birthed by Argentinos Juniors, has already slotted in at the centre of defence for all four of Famalicão’s league games, as the experts back in Spain keep a watchful eye on a defender Diego Simeone reportedly has high hopes for.

Life has been tough on Marlos Moreno after bursting onto the scene as a Copa Libertadores champion with Atlético Nacional in 2016, subsequently earning the Colombian a move to Pep Guardiola’s Manchester City. Unsuccessful spells on loan at Deportivo de la Coruña, Girona, Flamengo and Santos Laguna followed, leading to the 22-year-old’s fifth crack at joy away from the Etihad with Portimonense. Glittering performances back in Colombia make this particular move difficult to ignore, potentially sharpening an intriguing attack that already boasts the likes of Paulinho, Bruno Tabata and compatriot Jackson Martinez.

There’s a fruitful relationship between Belenenses SAD and Luís Campos-engineered Lille brewing and Hervé Koffi’s presence between the posts for the Belém outfit, arriving on loan, may well seal the deal. Having lost Muriel at the end of the season, the Burkina Faso international appeared perfect to fulfil the technical aspects demanded from a possession-based manager like Silas. Unfortunately Silas has been let go after a poor start by the Lisbon outfit, but it is through no fault of Koffi who has impressed, maintaining the security that’s already earned him two clean sheets so far this season.