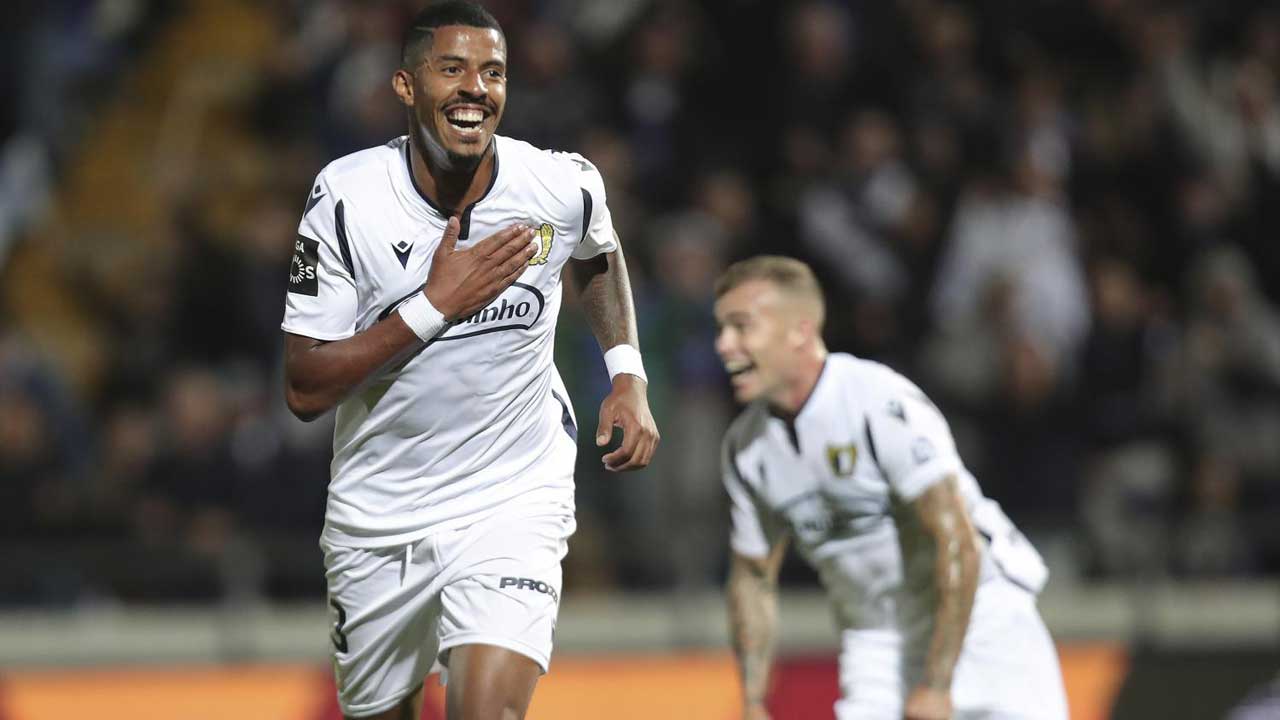 Week 7 saw a number of closely fought encounters with just a single goal separating the victors and losers in several of the matches. The competition for this week’s feature was not as clear due to the attritional nature of the weekend’s action. Rodrigo Pinho was certainly a contender as his late brace secured a vital victory for Marítimo over Moreirense.

However once again we are focused on Famalicão as their incredible season rumbled on with a comeback win over Belenenses. Brazilian striker Anderson Silva came off the bench and changed the game completely, and he is the PortuGOAL Figure of the Week.

Anderson Silva is one of the very few players who remained with Famalicão this summer following their promotion to Liga NOS in May. The club saw fit to almost completely revolutionise the playing and coaching staff but the 21 year old survived the cull having shown glimpses of his potential last term.

Good form at the back end of last season in helping the club to promotion saw Famalicão extend Anderson’s contract long term to 2024, and that is ever increasingly looking a smart move for a player who is so far showing that the top flight is not too big a step up.

Although yet to start in Liga NOS, the Brazilian has shown plenty of promises in his appearances off the bench this campaign. Away to Aves he scored a superb goal to help his ten-man side to victory and having sealed the points against Santa Clara on the opening day. Although he did not score, he also had a telling contribution in Famalicão’s brilliant win at Sporting last week, giving the team a completely different dynamic in attack.

Still, once again he had to make do with a place on the bench as manager João Pedro Sousa stuck with António Martínez in attack on Saturday night. The Spaniard was unable to have a decisive effect on the match, and similarly the rest of the team was struggling as the league leaders trailed Belenenses with the hour mark approaching.

Enter Anderson, and his impact was almost immediate. Two minutes after coming on, he showed good strength and awareness to hold the ball up, find the more creative outlet of Rúben Lameiras, who in turn swung in a brilliant cross for Pedro Gonçalves to head past Hervé Koffi to make it 1-1.

The game was very much in the balance with Belenenses looking dangerous in attack, and it seemed like Famalicão might have to settle for what would only have been the second occasion where they have dropped points all season. However with 10 minutes remaining, the home side gained the lead. Excellent work from Gustavo Assunção in midfield saw Famalicão win the ball high up the pitch, and when Anderson was fed by Guga, he expertly made room for an explosive shot that flashed past Koffi and into the net.

Anderson had already shown how deadly his left foot can be in the aforementioned victory at Aves, and the sheer power he possesses within it was evident again. Not content with just one, the Brazilian striker doubled his tally with 3 minutes remaining to make sure of the points. More of a poacher’s effort this time, he was in the right place turn home Fábio Martins cutback to make it 3-1.

That makes it 4 league goals for the season already for Anderson, despite not starting a single game. The latter statistic will surely alter though when the Primeira Liga resumes in late October after a break for internationals and the domestic cups. Famalicão look a much more dangerous outfit with the Brazilian on the pitch, and at only 21 years old he has plenty of scope to improve further, as does the rest of this exciting young team.