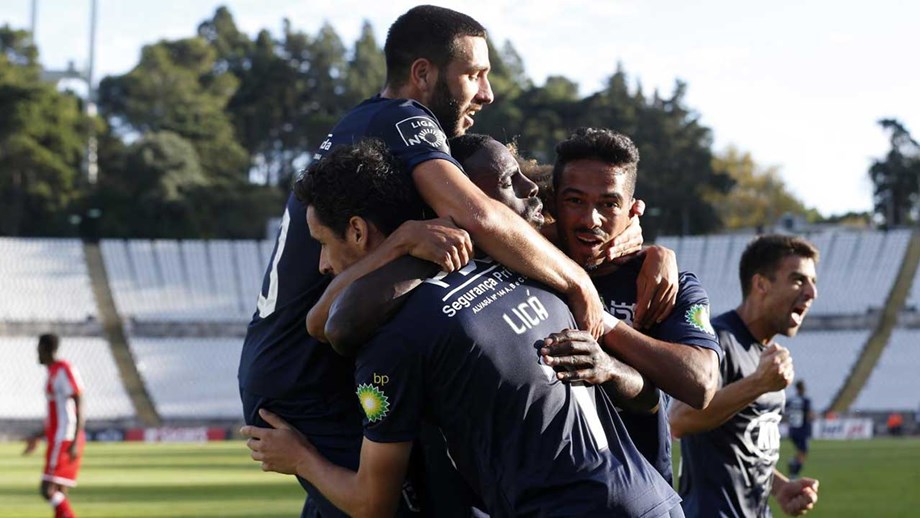 After a lengthy break Liga NOS returned for round 8 at the weekend with a number of key fixtures taking place. Famalicão’s unbeaten run came to an end at the hands of Porto, Benfica stayed in hot pursuit of top spot with a narrow win at Tondela, Sporting beat Vitória Guimarães and Braga got a much needed victory against Santa Clara.

A key match down at the bottom saw arguably the biggest individual performance of the jornada though. Belenenses’ Licá inspired his team to a much-needed win over struggling Aves, and he is PortuGOAL’s Figure of the Week.

31 year old Licá is one of the most experienced customers playing the division right now, having previously represented the likes of Porto, Vitória Guimarães and Estoril at this level, as well as a couple of spells in Spain and England to boot.

Since arriving at Belenenses early in 2018, his experience has proved very valuable, hitting 11 league goals in his first full season to help guide the team to 9th place in what was quite a serene 2018/19 campaign, on the pitch at least.

This time around though Licá and the rest of his side has struggled considerably, particularly in attacking areas, with the forward unable to get off the mark for the season.

This all changed on Saturday though with a splendid individual display as Belenenses secured a vital win against an Aves side that have also started very poorly. It was the latter that took a very lead at Estádio Nacional but Licá ensured the home team were not behind for long. In the 6th minute he collected Goncalo Silva’s long pass and buried a low shot past Quentin Beunardeau.

Just two minutes after his equaliser Lica could and possibly should have had his second goal, finding space in the box but he could not guide his header from Silvestre Varela’s cross on target.

Aves re-took the lead not long before half time, and again Belenenses almost produced a near instant response, Licá bringing the ball down superbly from Silvestre Varela’s pass only to be foiled by a good Beunardeau save.

Licá made up for his missed chances though in first half stoppage time, and in some style. Adi Mehremic failed to clear Francisco Varela’s deep cross, and the Portuguese forward reacted expertly to guide a back-heel into the net to make it 2-2 at the break.

A goal-laden first period gave way to a more tense affair in the second half with the game becoming more cagey. However a moment of team quality from Belenenses in the 66th minute ultimately settled the contest. Licá was once again instrumental, exchanging passes with Silvestre Varela, whose cross/shot was diverted into his own net by Mehremic.

Licá’s first league goals of the season came at a vital time for Belenenses, who moved up to 13th place with the three points.

This could prove a turning point in Belenenses’ season, who have had more than their share of on and off-field problems this term. A recent change in management saw former boss of the U23 side Pedro Ribeiro make the step up to the seniors, and he was brought many of the younger, less experienced players he had worked closely with into the first team fold, such as Tiago Esgaio, Robinho and Tomás Ribeiro.

Having an experienced head like Licá around should prove beneficial for the rookie players and coach alike, particularly if he continues to put in performances like he did at the weekend.