PortuGOAL Figure of the Week: Vinícius brace brings Benfica back to the summit in Liga NOS 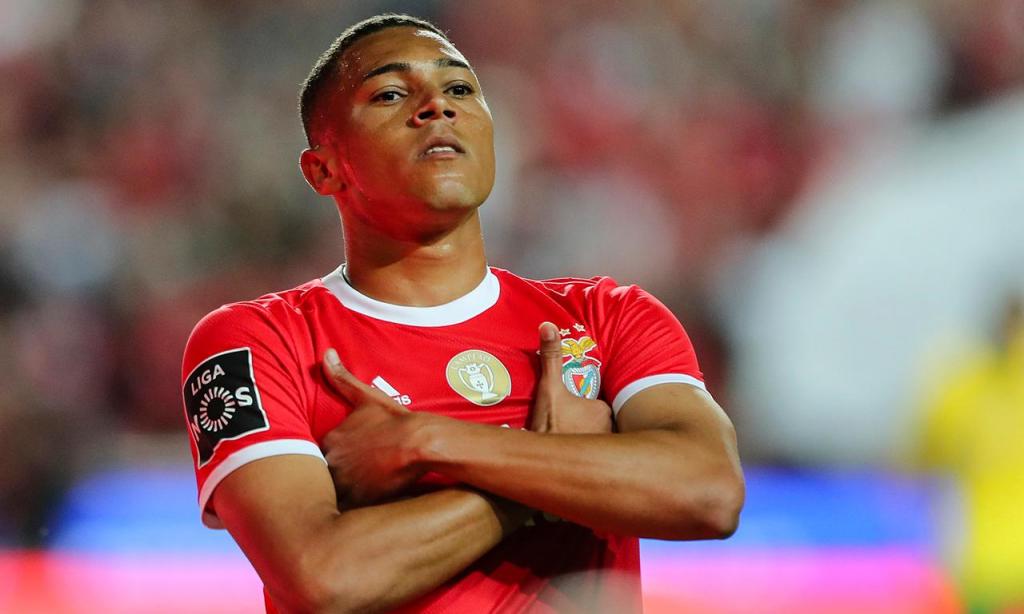 Week 9 was a notable one as the vast majority of matches took place in midweek, Wednesday and Thursday giving stage to a number of results that shook the Liga NOS table up.

Famalicao returned to winning ways after their previous defeat to Porto, who in turn let top spot slip with a draw away at Marítimo. Sporting’s mini-renaissance continued with a hard-fought win at Paços, while Boavista’s impressive unbeaten run went on with triumph over Braga.

One of the biggest winners of the round though were defending champions Benfica, who returned to the summit after thrashing Portimonense 4-0. PortuGOAL’s Figure of the Week is striker Carlos Vinícius, whose two goals put the icing on the cake at Estádio da Luz.

Brazilian forward Vinícius signed for Benfica from Napoli for around €17m this summer, largely off the back of what was a stunning spell on loan at Rio Ave in the first half of last season. There Vinícius showed utterly deadly form, the type that spelled out that he was destined for far better things. His 14 goals in 15 starts caught Monaco’s attention in France, and they interrupted his loan spell to acquire him, although he was unable to show his best form as the side battled relegation in Ligue 1.

Still Benfica were sufficiently convinced by the 24 year old, and it’s no surprise based on his lethal finishing, strength in possession and his positional instincts in the final third. His time at the Lisbon club has not been plain sailing so far, a hamstring injury hindering his chances earlier in the campaign as well as manager Bruno Lage preferring the striking duo of Haris Seferović and Raúl de Tomás in attack.

However Vinícius has generally managed to take advantage of some misfiring form from the aforementioned pair, despite being limited to mostly appearances off the bench. Indeed, an appearance in the initial XI on Wednesday night was only the Brazilian’s third start all campaign, but he gave Lage a lot to think about with another eye-catching display.

Benfica didn’t have things all their own way early on as Portimonense squandered a good chance early on, but the champions soon took over and established a 2-0 lead in the second half thanks to goals from André Almeida and Rúben Dias. Enter Vinícius, who put the game beyond the away side’s reach with quickfire double.

The first was typical Vinícius, on the last line of defence from Alex Grimaldo’s pass, he out-paced Jadson Morais, kept his composure to round Ricardo Ferreira and roll the ball into the empty net.

Vinícius appeared to injure himself in the process of scoring the goal, but managed to recover and add his second just a couple of minutes later. Again on the shoulder of the last defender, this time he collected a Chiquinho ball from left and swept first time past Ferreira to make it 4-0.

Perhaps unsurprisingly Vinícius was substituted moments after, likely protecting the player ahead of a showdown with his former club Rio Ave tomorrow evening.

The brace from the Brazilian puts him on 6 goals in just 3 starts all season, a total that eclipses that of Seferović and Raúl de Tomás combined. A number of Benfica supporters have been clamouring for more game time for Vinícius of late and surely the coach will be turning to him even more so after Saturday’s display.

Good for him!
I much preferred Vinícius to Raúl at the start of the season, but Lage has his ways. Yet his strike duo has been a disaster all season.

Thankfully he is starting to give more time to Vinícius and hopefully that turns from ‘more...

Good for him!
I much preferred Vinícius to Raúl at the start of the season, but Lage has his ways. Yet his strike duo has been a disaster all season.

Thankfully he is starting to give more time to Vinícius and hopefully that turns from ‘more time’ to first choice.

He reminds me of Lima, another striker I enjoyed immensely during his Benfica days!