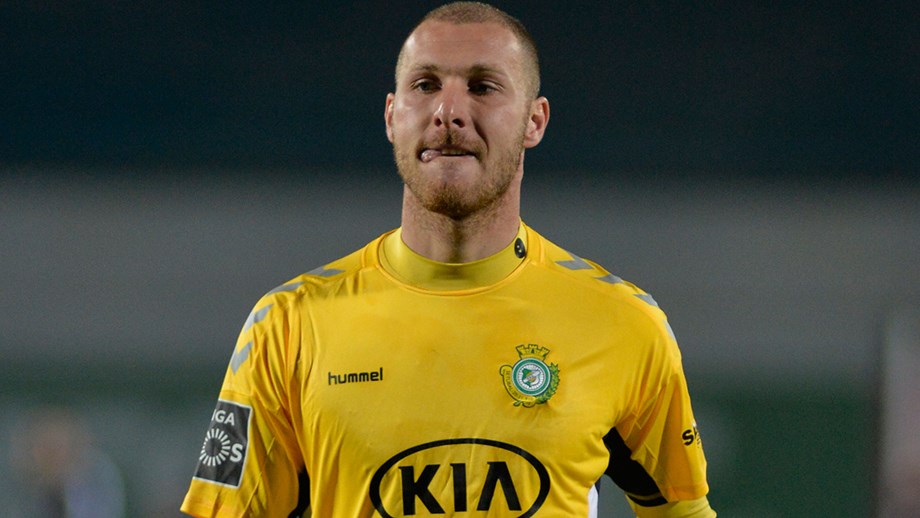 There was not a lot in Jornada 10 of Liga NOS as it gave way to a number of narrow victories and tight draws. Benfica maintained top spot by beating Rio Ave, Porto edged strugglers Aves while Famalicão lost ground in the leadership race but gained an admirable point at Braga, and Sporting’s problems reappeared in defeat at Tondela.

Vitória Setúbal quite remarkably made their way up to 11th in the league table despite only scoring their 3rd goal of the season against Boavista. Their ascent has largely been down to the form of Giorgi Makaridze between the sticks, and he put in another excellent performance in Monday’s victory to be crowned the PortuGOAL Figure of the Week.

Georgia international keeper Makaridze is becoming a sought-after figure in Portugal with Sporting reportedly readying a bid off the back of some positive displays throughout the campaign. He is well experienced in the division, having been in the country since 2014 representing Feirense, Moreirense and Rio Ave previous to joining Vitória in January of this year.

The 29 year old is quite the physical presence in goal, standing at nearly 6ft 4ins. However this does not hinder his agility or shot-stopping ability, as he displayed against a previously unbeaten Boavista side who were continually frustrated in failing to break down the Georgian wall.

Indeed as already mentioned, Vitória’s blunt attacking firepower which had only seen them score twice in the league prior to Monday’s win has necessitated Makaridze and the rest of his defence to be in top form to have avoided the club loitering in the relegation places. The statistics back it up too, only Benfica and Porto boast tighter defences this season.

While visiting Boavista had hardly been a devastating attacking force themselves with only 9 goals scored, they were unbeaten and coming into the game off the back of an impressive midweek win over Braga so they represented a dangerous prospect. After Vitória rightly saw an early goal ruled out via VAR, the away side responded quickly and almost led in the 15th minute, but Makaridze got down to his right brilliantly to palm away Paulinho’s shot.

After a fairly even first half with chances going begging for both sides, Boavista started the better in the second period and continued to threaten Vitória’s goal. Perhaps the key moment of the match arrived in the 61st minute as Makaridze made the save of the night. Great work on the left from Paulinho set up a chance from point blank range for Nikola Stojilković, but Makaridze scrambled across his line to make a terrific block.

Stojilković really should have scored, and Boavista’s frustrations became more and more evident as they continued to squander more chances, full back Marlon going close from a rebounded free-kick, and Makaridze again called into action to deny Gustavo Sauer in the 68th minute.

Boavista would pay for their profligacy as Marlon’s own goal settled the tie in Vitória’s favour in the 77th minute. The home side survived some late pressure to secure a vital 3 points in their season.

While the excitement may be a little lacking in their matches the season is now looking a very solid one for Vitória Setúbal. Their only defeats throughout the campaign have been to Porto and Benfica, the latter only narrowly, and Makaridze’s form is obviously a big plus with the Georgian picking up his 8th clean sheet of his season yesterday. This defence-minded outlook might not be a long-term solution but at present Setúbal’s stubbornness is slowly reaping rewards.